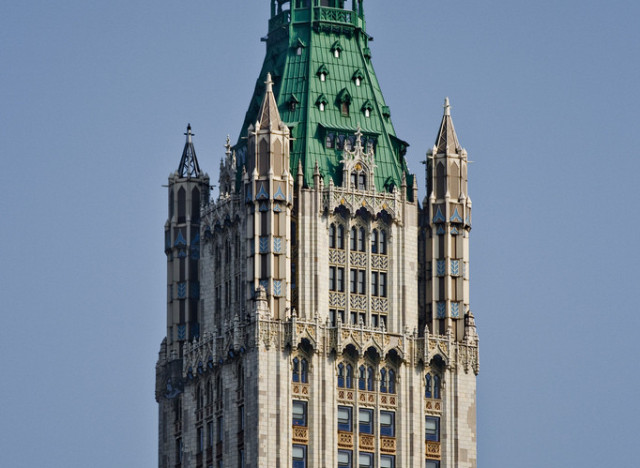 Alchemy Properties has borrowed $220 million to complete the conversion of the upper floors of the landmark Wollworth Bulding into luxury condos.

Reed Smith LLP announced Monday it represented United Overseas Bank Limited, New York Agency as the lender in a $220 million deal for the Woolworth Tower Residences, a collection of 33 condos.

The conversion was designed by Thierry Despont, the architect whose projects have included the centennial restoration of the Statue of Liberty and the renovation of the Ritz Paris.

The neo-gothic Woolworth Building was commissioned by Frank W. Woolworth in 1910 as his eponymous company’s new headquarters and designed by renowned architect Cass Gilbert. The building was completed in 1913 and was for 17 years the tallest building in the world.

Alchemy purchased the condominium interest in the Woolworth Building with two private investors are also part of the $68 million deal.

Marc Schimmel and Adam Neumann, chief executive officer of WeWork, assumed minority interests in the ownership structure. Schimmel took an investment stake, while Neumann has also acted as a branding and marketing consultant for the redevelopment.

The Witkoff Group and Cammeby’s International continue to own the lower 28 floors of the building.

Blackstone boss takes charge of both her career and her life