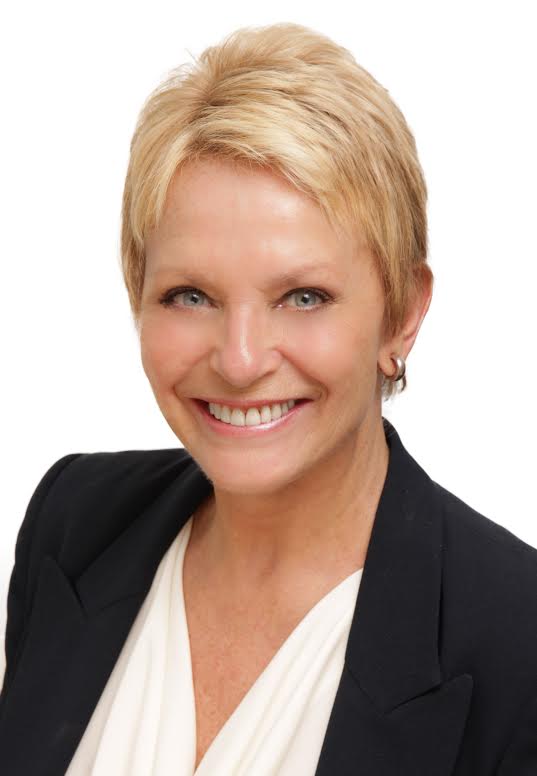 DeLisle, a rookie agent who started working for the firm last October, is quickly finding success in the residential rental and sales market.

A native of Michigan, DeLisle got her start as a spokesperson for auto companies in Detroit, during the boom years of the industry. She attended presentations and acted in industrial films about new products for vehicles, gigs that eventually landed her a coveted SAG card, which would open doors for her in Hollywood, leading to more than 70 national commercials and several guest starring roles on TV shows.

After growing up dreaming of being in broadcast television, DeLisle earned a degree in journalism and communications at the University of Detroit, during which time she was told by professors to audition to be a weather girl.

“I had some lucky breaks,” she said. “I was sent to agencies and things just started happening. I guess it was because I could speak well – if you could walk and talk and hold a product you got a commercial. Talking was the main part about it.”

Things moved quickly for DeLisle and she moved to New York City, where she signed with Wilhemina Modeling Agency and booked three national commercials, in just her first week in the Big Apple.

A year later, she moved to California after being asked to audition for a pilot. She didn’t get it (Kim Basinger did) but another opportunity came along to star in an Aaron Spelling-produced movie of the week.

From there, DeLisle studied acting in Los Angeles at the Warren Robertson workshop, and under the late acting coach Peggy Fuery, and continued working in television, including bit parts on hit TV shows like “The A-Team”, “The Incredible Hulk” and “Knight Rider.”

“It’s the kind of industry where you have to build it young and if you don’t get it, the time passes you by,” said DeLisle of the difficulty of a career in Hollywood. “I got to 35 and basically all the auditions stopped.”

After a decade in California, LeLisle switched gears and moved back to New York, where she became involved in casting and producing, as well as the occasional national commercial that came along.

Five years ago, she was offered the role of Mrs. Robinson in a stage production of the iconic film “The Graduate.” She played the part for six weeks at a theater in Massachusetts.

After reading an article about people from other professions finding happiness in real estate, DeLisle decided it was something she wanted to do.

“I’d always toyed with this idea of real estate because I’ve always been in the freelance business,” she said. “And with my ability to talk to people and all the different people I know in all walks of life, I thought it would be really interesting to get into.”

DeLisle completed the necessary courses and licensing, and joined Citi Habitats in June of last year.

Though she mostly does rentals, DeLisle is transitioning into sales, and just sold a $2 million apartment in Williamsburg a couple months ago.

“I think acting has helped me be able to talk to people certainly,” she said. “In acting you play a character and put yourself in someone else’s shoes – you have to do the same thing helping them find and apartment, one of the most momentous things in their lives, and they put their trust in you.”

Having only started in the business for several months, DeLisle is finding her way through the challenges of being a rookie.

“I’m getting more used to it and am not quite as overwhelmed,” she said. “It’s such a vast industry; you’re entering in with 15,000 other agents competing as independent contractors.”

“I like to steer people to a good value, and I hope that’s part of the trust they put in me,” she said. “I try to get them as many amenities as I can for their budget.”

An Upper East Side resident, DeLisle lives with her husband of 28 years and their two cats Bert and Ernie. She enjoys biking, hiking and swimming in her free time, and is still passionate about her former career.

“I still have a love of the theater and support it,” she said. “I still like to be actively involved in a different way, not as a participant but as a fan.”

Despite her new focus on real estate, DeLisle recently starred in a national commercial for Life Alert, the alarm system for seniors, and she said she wouldn’t turn down more opportunities to act again.

“If someone called me and asked me to audition, well heck yeah I would!”

Have you heard: Star-studded St. Jude Ball, Adrienne Albert re-elected to board of IRM