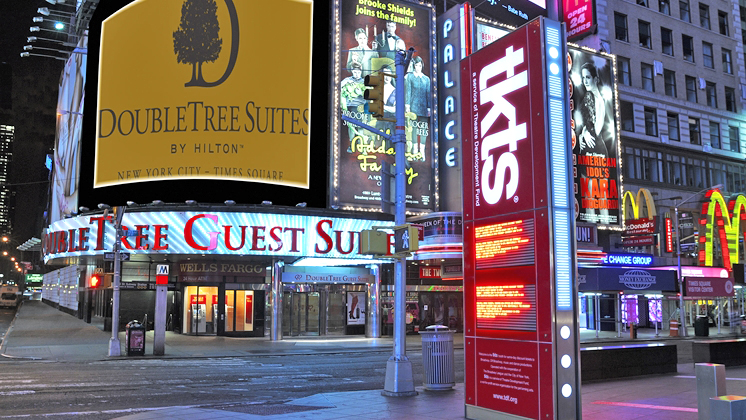 Maefield Development announced the purchase of the leasehold interest in the 468-room DoubleTree Hotel, located at 1568 Broadway in Times Square, from Sunstone Hotel Investors.

The acquisition — for a reported $540 million — is part of a planned redevelopment of the property into a cultural, entertainment, retail and hospitality experience in the tourism hot spot.
Highlights of the redevelopment include a renovated luxury hotel; prime street-front retail and entertainment space; a single large super-high-resolution new LED screen; and the restoration and enhancement of the Palace Theater.

In a statement, a spokeman for Maefield Development commented, “We believe Times Square is the most important pedestrian urban space in North America.

“It is a global attraction that generates ten percent of New York City’s economic output in less than one tenth of one percent of its land mass.

“Our development here fulfills the goals of the Times Square Special District with its desired mix of entertainment-oriented multi-use programming including a theater and cultural focus.”
Construction is slated to begin in the first half of 2017.