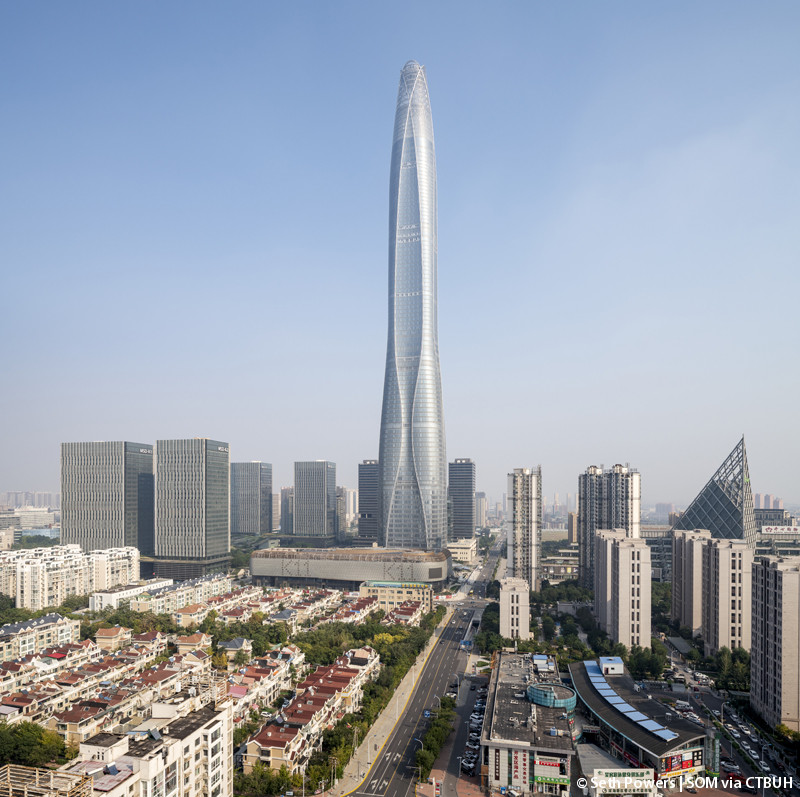 2019 another record year for supertalls

Today’s builders are reaching higher than ever before with a record 26 so-called “supertalls” completed last year alone.

In its annual Tall Trends Report, the Council on Tall Buildings and Urban Habitat (CTBUH) found that 126 buildings of 656 ft. or greater were completed in 2019, including 26 “supertalls” of at least 984 ft., a new record.

“This is the fifth year in a row that a building over 1,640 ft has been completed, which is a remarkable accomplishment for the building industry — it was only 15 years ago that such buildings didn’t exist,” said CTBUH Chief Executive Officer Antony Wood.

Asia (excluding the Middle East) topped this year’s list of tallest buildings with 87 of the 126 completions, for a 69 percent share; down from 110 completions for a 75.3 percent share of 2018’s total.

In New York City, 30 Hudson Yards earned its place as the 7th tallest building to be completed in the world this year. At 1,121 ft. the skyscraper developed by Oxford Properties and Related Companies is the 36th tallest in the world, fifth tallest in the US and third tallest in NYC, behind 1 WTC (1,776 ft.) and 432 Park (1,396 ft.) which is soon to be replaced by Central Park Tower (1,550 ft.)

2019 proved to be a significant year for some areas that did not already have an abundance of tall buildings, and in some cases, had never been on the 656 ft. plus list before.

Looking into 2020, CTBUH currently projects a similar range for the expected number of completions for 656 ft-plus buildings: between 115 and 145. Of these, between 17 and 30 are expected to be supertalls.

ON THE SCENE: JLL Capital Markets selected to market 3041 Webster Avenue in the Bronx