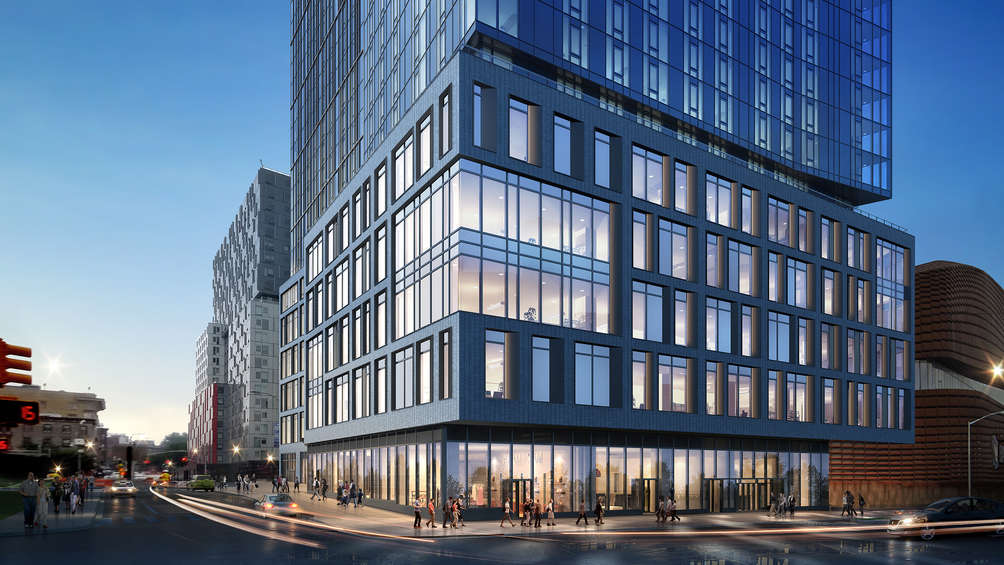 Greenland Forest City Partners and The Brodsky Organization today announced they have closed on $460 million of construction financing for 18 Sixth Avenue (parcel B4) at Pacific Park, the new 22-acre mixed-use neighborhood in the heart of Brooklyn.

Foundation work for the tower is complete, and vertical construction has begun. Construction is expected to be completed in 2022.

The financing is being provided by a consortium of banks led by M&T Bank and Bank of New York.

“Closing on the construction loan for 18 Sixth Avenue is a major milestone in developing Pacific Park’s most ambitious building to date, and reiterates our commitment to bringing world-class, mixed-use housing to central Brooklyn,” said Scott Solish, Executive Vice President of Development at Greenland Forest City Partners.

“18 Sixth Avenue will be built with 100 percent union labor, something that The Brodsky Organization and Greenland Forest City Partners are extremely proud of as we accelerate development at Pacific Park.”

“Pacific Park is a transformational project for Brooklyn, and we are excited to contribute 18th Sixth Avenue to the evolving Brooklyn skyline,” said Dean Amro, principal at The Brodsky Organization. “We look forward to strengthening our partnership with Greenland Forest City Partners as we move ahead with construction on 662 Pacific Street and commencement of vertical construction on 18 Sixth Avenue.”

“M&T Bank is proud to lead the financing for 18 Sixth Avenue at Pacific Park,” said Blair Ridder, M&T Bank Regional President for New York City. “We have been trusted partners with this team for many years and are excited about this next phase of the project. The work that is being done in Pacific Park is truly transformative for that neighborhood.”

Rising to over 500 feet, 18 Sixth Avenue will be Pacific Park’s largest residential building to date and a dynamic addition to the ever-changing Brooklyn skyline.

The Perkins Eastman-designed residential tower on Atlantic Avenue and 6th Avenue will offer 858 units of mixed-income housing, including 258 units of affordable housing.

The Brodsky Organization has also commenced construction at 662 Pacific Street (parcel B15), which includes a mixed-income rental residential building and a new public school.

Pacific Park also features substantial infrastructure improvements including a new storage and maintenance facility for the Long Island Railroad, new rail access to and from the Atlantic Terminal station, and significant improvements to the infrastructure network in the surrounding area.