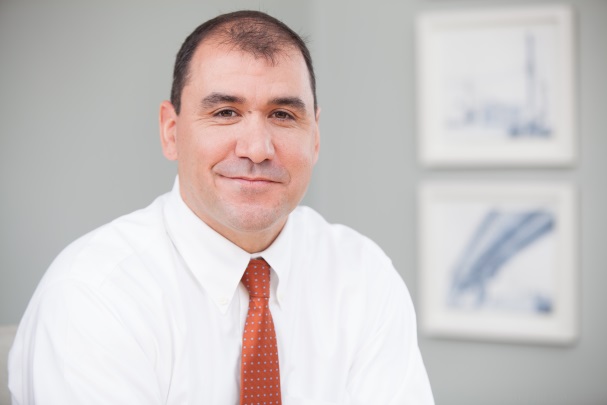 Febo oversees residential, commercial and retail property development; construction projects and commercial and residential asset management, including Taconic Management Company, Taconic’s wholly-owned property management and leasing subsidiary. Febo reports directly to co-CEOs Charles Bendit and Paul Pariser.
Prior to joining Taconic, Febo was the regional vice president for the New York-New Jersey metro region at Home Properties.
Before that, he was the director of investments for Midwest and East Coast assets at AvalonBay Communities and senior property manager at Tishman Speyer Properties, where he was responsible for the redevelopment of 666 Fifth Avenue.
Febo holds a Bachelors of Science in accounting from the John Wiley School of Business at the State University of New York, Geneseo.
•••
Marcus & Millichap Capital Corp (MMCC) has promoted Eric Seidel to associate director in the firm’s New Jersey office
Prior to joining MMCC, Seidel served as an account executive with The GMS Group in Jersey City, N.J., and as a sales representative with the D&E Marketing Group in Fairfield, N.J.
Seidel is a graduate of Stetson University in Deland, Fla., where he earned a Bachelor of Business Administration degree with a double major in finance and marketing.
•••
American Realty Capital Properties, Inc. announced the appointment of Richard A. Silfen as general counsel and executive vice president.
With more than 25 years of experience in corporate and securities law, Silfen will join ARCP after heading the Capital Markets Group at Duane Morris LLP, where he has served as partner.
While at Duane Morris LLP, Silfen represented ARCP during its respective mergers with American Realty Capital Trust III, Inc. and American Realty Capital Trust IV, Inc., as well as Topaz Pharmaceuticals, Inc.’s stockholders in a sale to Sanofi-Pasteur and Diamond Offshore Drilling, Inc. in a $1.0 billion public offering of its senior notes.
•••
Massey Knakal Realty Services announced Jennifer Djurkovic has joined the firm as an associate. She will be working alongside chairman Bob Knakal and his sales team.
Previously, Djurkovic was an account co-ordinator at The Real Deal Magazine. Earlier, she was a licensed real estate agent working with investors on acquisitions in both commercial and residential properties on Long Island.
Djurkovic earned her Bachelor of Business Administration degree in Marketing from CUNY Brooklyn College.
•••
Massey Knakal Realty Services announced that Jonathan Kristofich has joined the firm as an associate. He will be working with David A. Simon, executive managing director, New Jersey.
Kristofich earned his Master of City and Regional Planning degree with a concentration in Housing and Real Estate from Rutgers University, where he was a recipient of the Wayne Soojian Scholarship and the Achievement in Planning Award from New Jersey Planning Officials.
He also earned a Bachelor of Arts degree in Philosophy and Urban Affairs from Manhattan College.
Prior to Massey Knakal, Kristofich was an office manager and sales co-ordinator for Product Source International (PSI), a value added reseller for Zhone Technologies.
•••
Massey Knakal Realty Services announced that Michael Gembecki will be transitioning to senior associate in Manhattan, working alongside Guthrie Garvin and his sales team.
Gembecki started at Massey Knakal in 2010 as an associate in the research department. Earlier, he was an intern in the project development department of Jones Land LaSalle in Stamford, CT.
He is a graduate of Salisbury University where he earned his Bachelors Degree in Finance.
•••
Biggins Lacy Shapiro & Company, LLC (BLS & Co.) announced the appointment of Patrick Kenney as senior counsel.
Formerly with Avison Young as a senior financial analyst, Kenney will also serve the firm’s clients in a financial analysis and project management capacity.
Kenney holds a J.D. from Rutgers School of Law, and a M.S. in real estate finance & investment from New York University.
Prior to Avison Young, he served as an analyst for New Oak Capital.
•••
Swig Equities, LLC, announced that Larry Morton has been appointed chief engineer of 80 Broad Street, a 36-story, 420,000 s/f commercial office building in the Financial District.
Morton brings more than 30 years of experience in property management and engineering in New York City working with top tier firms including The Durst Organization, Helmsley-Spear, Inc., and One Penn Plaza.
Prior to joining Swig Equities, he was the development properties portfolio manager for The Durst Organization.
Before that he held the position of assistant chief engineer for 20 years at One Penn Plaza.
•••
Marcus & Millichap Real Estate Investment Services announced the appointment of Christopher Leonard to the position of regional director of the National Multi Housing Group (NMHG).

Prior to joining Marcus & Millichap, Leonard was a first vice president for CBRE where he was a member of the 12-person New York Institutional Group.
During his career, Leonard has participated in transactions valued at over $5.7 billion, including some of the region’s largest apartment and office closings.
He received a Bachelor of Arts degree from James Madison University in Harrisonburg, Va.
•••
HAP Investments LLC has hired Andrea Lawrence as General Counsel.
Lawrence has over 20 years of experience in handling complex real estate transactions and related commercial disputes.
Previously, she was a real estate partner at LeclairRyan, where her practice focused on real estate litigation and transactions. She has also practiced at Epstein Becker & Green PC and Blank Rome LLP.
Lawrence holds a law degree from the Benjamin Cardozo School of Law. She earned her B.A. from the University of Michigan.
•••
Gregg Wassmansdorf, a senior managing director with Newmark Grubb Knight Frank (NGKF) Global Corporate Services’ Consulting group, has been inducted into the Site Selectors Guild (SSG).
Wassmansdorf is one of eight new professional consultants, and the first Canadian member, inducted into the elite international organization, which comprises a select group of 34 of the world’s most respected site selection consultants.
Wassmansdorf is based in Toronto and serves as a consultant resource for NGKF and its Canadian partner Newmark Knight Frank Devencore across North America and internationally.
•••
Marc J. Horowitz, recently promoted to senior vice president at Cohen Brothers Realty Corporation (CBRC) has just added another title: Director of Office Leasing.
In his expanded role, Horowitz, who joined Cohen Brothers five years ago, will oversee office leasing activities for the firm’s entire national portfolio, which encompasses 12 million square feet across New York City, Westchester, South Florida, Texas and California.
In addition, he will handle strategic planning, business generation, recruitment and project development for the company. He is based in CBRC’s headquarters in midtown Manhattan.
Prior to joining Cohen Brothers, Horowitz was with the Kaufman Organization. He is a graduate of the University of Hartford.
•••
Colliers International announced the addition of industry veteran Peter Simel as managing director.
Most recently, Simel was a senior managing director for Handler Real Estate Services. Prior to Handler, he served as a vice president for CB Richard Ellis for nine years.
Simel was responsible for the disposition and acquisition of 590 Madison Avenue and the Steinway Building on behalf of law firm Akin Gump Strauss Hauer & Feld.
•••
JLL as hired David Stifelman as a managing director in its Parsippany office.
Stifelman has nearly 25 years of experience in New York commercial real estate. He has completed more than 200 real estate transactions with an aggregate value of in excess of $2 billion in the United States and globally.
Prior to joining JLL, Stifelman served as an executive director with a major New Jersey brokerage firm, where he worked for 18 years. Before that, he was a leasing manager at Zepka/Goldberg Real Estate Co. Inc.
Earlier, he was involved with investment sales at The Kislak Company Inc., and was an assistant vice president with Morgan Stanley.
Stifelman earned a bachelor’s degree in finance and economics from Pace University.
•••
Bergman Real Estate Group announced that senior property manager Robin-Ann Juron has begun a two-year term as president of the The Building Owners & Managers Association (BOMA)-New Jersey.

Juron, who has been a member of the Bergman team for more than 10 years, will oversee BOMA-New Jersey as the organization focuses on growing and retaining membership, and educating members about new legislation, regulations and requirements pertaining to the commercial real estate industry.
Juron has been a member of BOMA-New Jersey since 1998.
Prior to being named president, she served two-year terms as the organization’s secretary (2010-11) and vice president (2012-13). She has been a member of BOMA-New Jersey’s board of directors since 2008.
•••
Eastern Consolidated has added Evan Papanastasiou as an associate director.
He specializes in the sales and acquisition of all commercial property types in New York City with a special emphasis on Brooklyn.
Most recently, Papanastasiou was a partner at North East Real Estate Group.
He is a founding member of the Boston Collegiate Consulting Group, where he worked as the director of the real estate division, serving the housing needs of 150 international families.
Papanastasiou is a graduate of Suffolk University with a degree in Marketing.
•••
Transwestern’s New York office announced Harry Seherr-Thoss has joined the firm as principal – tenant and landlord advisory services.
Active in commercial real estate for more than 30 years, Seherr-Thoss will drive new business opportunities in the Northeast region while focusing on agency leasing and tenant advisory services.

Seherr-Thoss’ track record includes negotiating the relocation of more than 40 international corporations, financial institutions and law firms in New York City. .
Seherr-Thoss will retain the exclusive leasing assignment for Olympic Tower and serve as leader for Transwestern’s leasing team, which includes Robinson, Debra Larsen and Lauren Davidson.
He holds an MBA in finance from Columbia Graduate School of Business, and he received his bachelor’s degree in history from Syracuse University. In addition, he served in the U.S. Marine Corps.
•••
Jake Frantzman has been promoted to senior leasing representative at Levin Management.
He joined Levin as a leasing representative in 2007 and is now responsible for more than 1.6 million square feet of gross leasable area throughout New Jersey.
Frantzman obtained his real estate license at the age of 18. He is a member of the International Council of Shopping Centers (ICSC) and in 2013 he earned ICSC’s Certified Leasing Specialist (CLS) designation.