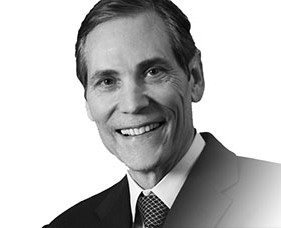 Looking to gain an edge on its competitors and tap into a growing Chinese market, Sotheby’s International Realty recently won approval for its first franchise in mainland China. But getting it done was far from easy.

In the process it had to enlist the help of a Shanghai law firm and translate 28 documents from Chinese into English. “But I can say, although it was time consuming, it was a fair process,” White said.

Sotheby’s first franchise in Beijing is set to open in the first quarter of 2014, with offices in other cities to follow later.

The brokerage is entering mainland China alongside Sotheby’s auction house, which held its first auction in Beijing in September 2012. The two companies share a brand name but are otherwise separate, although White indicated they would co-operate in Beijing.

White said the Beijing office will be run by local brokers and only list Chinese properties, but he also expressed the hope that it could help Sotheby’s find Chinese buyers for properties across the U.S. “We expect a tremendous amount of referral business,” he said.

By building local relationships, Chinese offices could give Sotheby’s an advantage in luring Chinese buyers to the U.S., White said. “A broker can offer the necessary consulting and develop the trust,” he said. “I don’t think anything can replace that.”