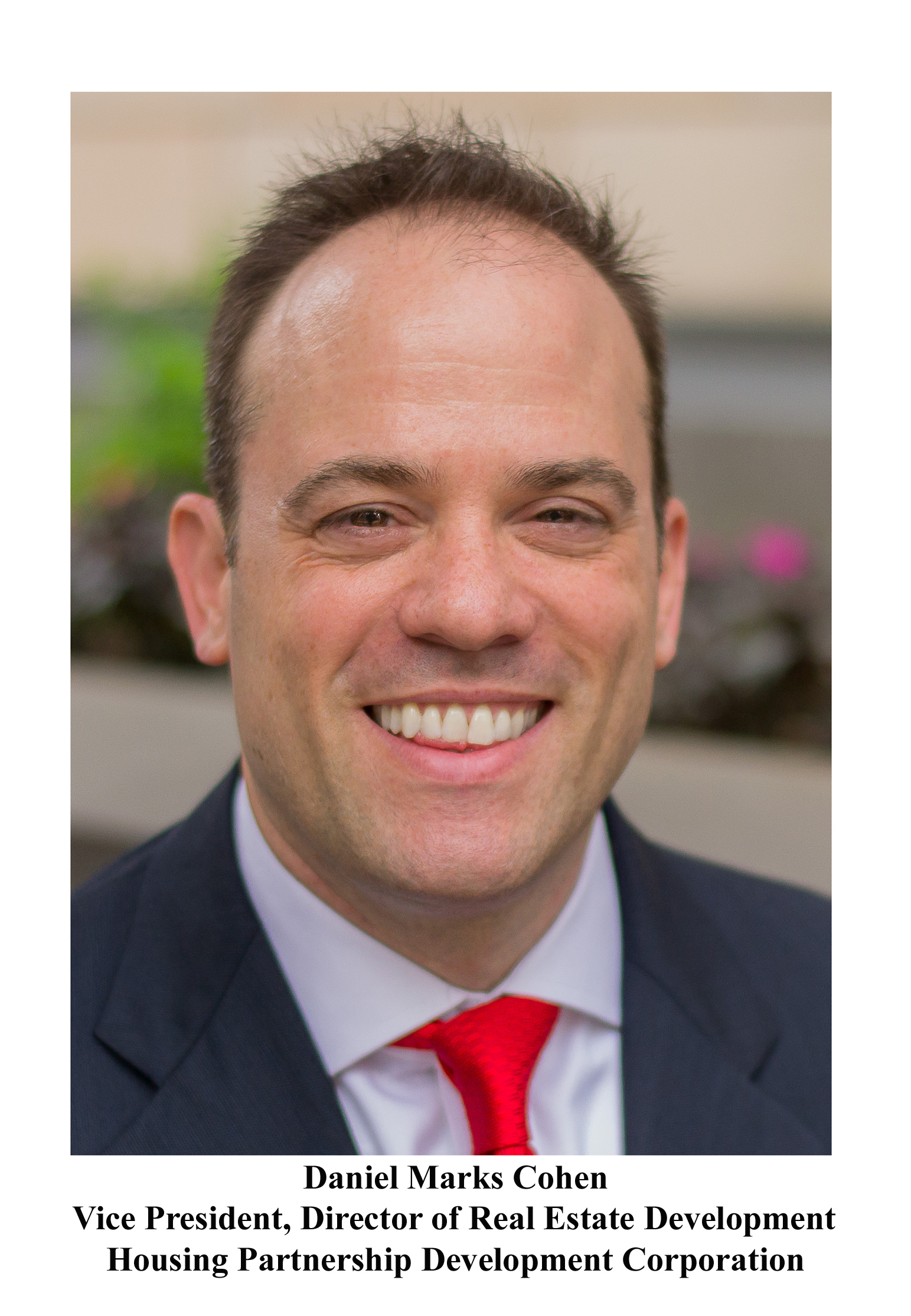 Avison Young announced that notable commercial real estate investment specialist Steven E. Geltzeiler has joined the firm to bolster the firm’s transaction management practice in New Jersey.
Geltzeiler, who joins the firm as Senior Vice-President, Brokerage and Transaction Management, brings over 30 years of wide-ranging industry knowledge to his new post. In his new role, Geltzeiler will specialize in agency and tenant representation, enterprise solutions, and transactional business work, supporting the firm’s Morristown office.
Noted for his diverse experience in both the ownership and service sides of the industry, Geltzeiler served as Director of Leasing at Denholtz & Associates since 2000.
Steve started his career as a CPA for the accounting firm Touche Ross & Co. He is also a graduate of Lehigh University. Prior to joining Denholtz & Associates, Geltzeiler served as Director of Leasing for Mack-Cali Realty Corporation and Senior Vice-President for Bender & Company, a commercial leasing agency based in Livingston, N.J. Throughout his career, Geltzeiler managed leasing and marketing for a variety of large-scale clients in the region, including Prudential, MetLife, and New York Life.
•••
DTZ announced the appointment of real estate professional Will Golden as a Senior Vice President in the New York City office of DTZ.
Mr. Golden joins DTZ after 10 years of service with CBRE New York as a First Vice President. Previous to CBRE, he served in senior consulting roles with Johnson Controls/USI, Cushman & Wakefield and the MONY Group.
He is a 25-year industry veteran with extensive office and industrial leasing experience. Some of the key clients that Mr Golden has represented include: Arrow Electronics, Bain, Bonnier Corporation, Cablevision, Fidelity Investments, General Electric, Gexpro, Lucent Technologies, Panasonic, PricewaterhouseCoopers, Royal Bank of Canada, Siemens, United Technologies, WPP, and Xcel Energy.
An experienced strategic consultant and leasing professional, Mr. Golden also holds an MBA in Finance and Accounting from the Columbia Business School in New York and is a graduate of Columbia University and a member of Real Estate Board of New York (REBNY).
•••
Cassidy Turley announced a series of promotions that reflect the company’s growth and on-going commitment to providing its clients with multifaceted real estate solutions. The individuals being promoted are long-time employees of the firm, some for more than 20 years.
Since 2010, Cassidy Turley’s New York office has grown by more than 100 employees, to include over 400 brokers, consultants and administrative staff. The company has added more than 3 million square feet of space to its property management portfolio this year and grew revenue by over 22 percent in the last year alone.
In total, Cassidy Turley promoted 9 employees to new positions within the firm. They include:
•David Hoffman, Jr., Vice Chairman
•James B. Frederick, Vice Chairman
•Harry L. Krausman, Senior Managing Director
•Graham Stevens, Managing Director
•Stephen R. Bellwood, Managing Director
•Katherine R. Mahon, Managing Director, Brokerage Services/Operations
•Bryan Boisi, Vice President
•Peter Corrigan, Vice President, Facilities Management
•Travis Kim, Project Manager
•••
Chase J. Sandler has joined the Melville-based law firm Brown & Altman, LLP as a junior associate and will be practicing in the areas of land use and zoning, commercial transactions, financing, leasing and commercial litigation.
Prior to joining Brown & Altman, Sandler, a recent law school graduate, he was a legal intern with the New York City Department of Environmental Protection, the Mayor’s Office of Environmental Remediation, the Landmarks Preservation Commission, the New York office of the United States Environmental Protection Agency and Duane Morris LLP, of Newark, New Jersey.

He also was a litigation paralegal at Simpson Thatcher & Bartlett LLP and at Cadwalader Wickersham & Taft LLP, both in New York City.
Sandler received a Juris Doctor degree in 2013 from Brooklyn Law School, where he chaired the Environmental Law Society’s land use committee. He obtained a Bachelor of Science Degree with a double major in government and politics and criminal justice from the University of Maryland, College Park.
•••

Daniel Marks Cohen has joined the NYC Housing Partnership as vice president—director of real estate development.
Mr. Cohen, 43, was founder and member of Burlingham Capital Partners, a NY-based investment firm dedicated to principal investments in affordable and market rate housing, as well as real estate development consulting.
Previously he served as a mortgage officer at the Community Preservation Corporation, which offers construction and permanent financing to housing owners and developers. Earlier he worked for ING Clarion Partners, the NYC Economic Development Corporation and the Hudson Companies, an affordable and market rate housing developer.

Mr. Cohen received an MBA from the NYU Stern School of Business and is a graduate of the University of Massachusetts at Amherst.
•••
Cassidy Turley announced that David A. Giancola has joined the firm’s New York City Capital Markets team as Senior Vice President.
Mr. Giancola will focus on investment sales and debt placement on commercial and multi-family properties in the New York/Tri-State Region.
Mr. Giancola joins Cassidy Turley from West-River Capital where his responsibilities included working closely with the firm’s partners to originate and evaluate subordinate debt, mezzanine and preferred equity investments.
Mr. Giancola began his commercial real estate career in 2003 at Heitman LLC where he closed more than $750 million of transactions across all property types. He also worked at DTZ Rockwood where he developed the strategic business plan and underwrote the development of a $3 billion mixed-use development in Bahrain.
As Principal of G&G Sterling, Mr. Giancola sourced, underwrote, purchased, renovated, and managed multi-family and mixed-use properties in prime brownstone neighborhoods in Brooklyn.
Mr. Giancola graduated from the University of Pennsylvania with a B.A. in Political Science in 2003 and received an MBA in Real Estate and Finance from the Columbia Business School in 2011.

Hart, who joins the firm from Pears Global Real Estate Investors (PGREI) has over 10 years of real estate experience in Europe.
Thor’s portfolio in Europe includes the historic Burlington Arcade in the heart of Mayfair, a majestic property on the celebrated Avenue des Champs-Élysées in Paris and a premier luxury property on the Boulevard de la Croisette in picturesque Cannes, France.
Mr. Hart had worked at PGREI since its inception in 2005 and was responsible for advising and sourcing acquisitions, financing and also high-level asset management for assets in Europe. Prior to joining PGREI, he worked at Matrix, a property investment group, and at Cushman & Wakefield’s London office.
Mr. Hart’s most recent transactions included the creation of joint ventures in Denmark and Poland to acquire retail and residential assets.
Originally born in New Zealand, Jared now resides in the UK. He studied at Lincoln University in Christchurch where he received a BA in Property and Finance.
Nick Howard of Cobalt Recruitment represented Mr. Hart in working with Thor.
•••
Trump International Realty announced that Katrina Campins will be joining their luxury brokerage firm to further expand their presence in the South Florida market.
Ms. Campins comes to the Trump Organization with over 10 years of experience in the luxury real estate sector and has quickly become one of the most visible and successful real estate professionals in the country. Ms. Campins was first introduced to the national stage when she was cast in the 1st season of NBC’s hit show, The Apprentice which is now in its 14th season.
Ms. Campins will join the organization as a luxury real estate specialist focusing much of her attention on the Miami Beach area, Coral Gables, Ponce/Davis, Coconut Grove, and Miami Shores.