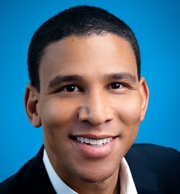 Brokerage Urban Compass has opened its first office in Washington, D.C. with the acquisition of Lindsay Reishman Real Estate, a leading residential brokerage based in the district. The announcement marks Urban Compass’ first new office outside of New York City, and is a critical step in the company’s strategy to harness the full power of its scalable technology to expand into key markets nationally.

“Our vision has always been to expand Urban Compass into a national platform, and today’s announcement is a significant milestone in executing on this plan,” stated Urban Compass’ Founder and Executive Chairman Ori Allon. “Lindsay’s commitment to improving the real estate experience by empowering agents to deliver superior service to clients is fully aligned with Urban Compass’ vision. We look forward to bringing technology to the table and collaborating with him and his team to leverage their unparalleled knowledge of the local market and deep relationships to grow our presence in the critical Washington, D.C. Metro area, just as we have in New York.”

Effective immediately, Lindsay Reishman, founder and principal broker of the eponymous firm, joins as President of Urban Compass Washington, D.C. In this role, Reishman will work closely with Allon and Founder and CEO Robert Reffkin, as well as President Leonard Steinberg and Head of Expansion & Strategic Partnerships, Andi Bernstein, to drive the growth of Urban Compass’ Washington, D.C. area presence, with an immediate focus on recruiting.

The acquisition also adds 25 agents to Urban Compass, which is planning to launch its Washington, D.C. web and technology platform in early 2015.

Founded in 2009, Lindsay Reishman Real Estate is highly regarded as one of the Greater Washington, D.C. market’s pre-eminent residential brokerages. The firm is comprised of top agents who are recognized experts in the local real estate market, and whose collective experience encompasses the entire process of buying, selling or renting a home. In just five years since launching, the firm has grown to become the sixth largest independent residential brokerage in the Washington, D.C. market based on transaction volume.

“We are thrilled to join the Urban Compass family. The company’s proprietary technology is truly the best in the industry, and will provide our agents with a distinct competitive advantage in delivering superior client service,” stated Reishman. “The dynamic Washington, D.C. market is ready to welcome an innovative, collaborative firm that is focused on improving the home search process, and I am confident that this partnership positions us strongly to fill that void.”

Earlier this year, Urban Compass raised $40 million in Series B financing from investors including Founder’s Fund, Thrive Capital, .406 Ventures and Advance Publications. The Series B funding brought the total amount raised to $73 million, equipping the company with the capital to grow its operations in New York and now, Washington, D.C., as well as expand to other cities throughout the United States.