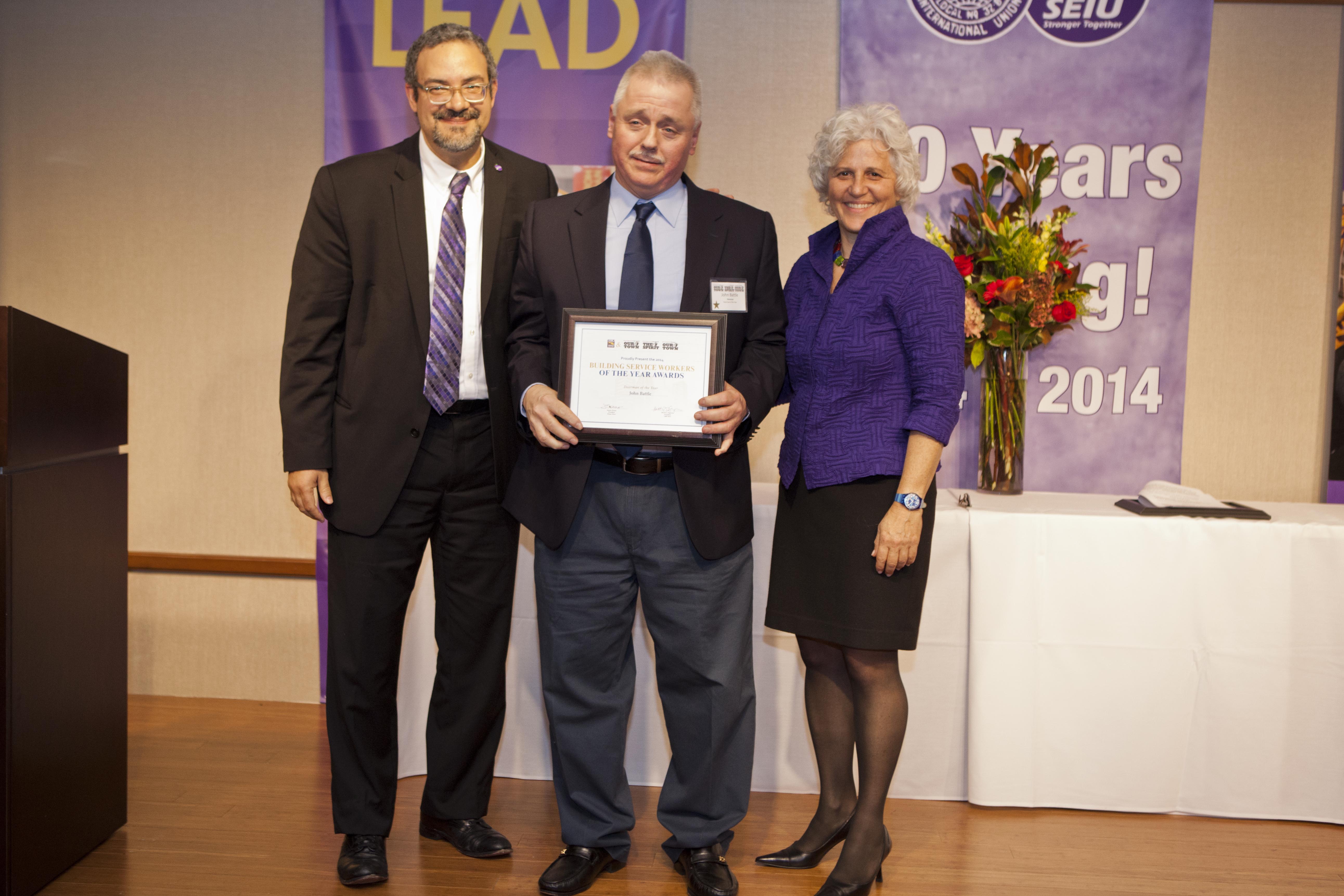 John Battle, who has been a doorman at Eastwood Towers for over two decades, was honored by Property Service Workers Union 32BJ and Straus News as Doorman of the Year, at their Annual Building Service Workers Awards ceremony .

“The important thing here is honesty,” said Battle. “Mistakes happen and you just have to do your best and start each day with a good attitude.”

According to the Union, Battle was chosen for the award due to the long-lasting friendships, honesty, and hard-working nature that he has brought to the job for the past 24 years.

“We are so proud that John Battle has been named Doorman of the Year for 2014,” said John Janangelo, executive vice president of DEPM. “Congratulations to him for this outstanding honor.”

Yolanda Queen, DEPM Property Manager for 355 East 72nd Street, added, “Part of our job as managers is to ensure that every building has a great staff. The doormen are the most public presence in any building, and their attitude and attention make a real difference to every resident and their visitors. We greatly appreciate John Battle’s positive outlook and genuine concern for the residents of Eastwood Towers.”

Property management can be a real high wire act