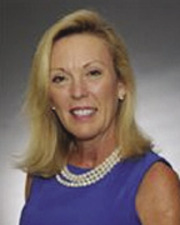 This past year has been a very strong year for New York City retail.

In terms of retailer demand and growth in rents, New York City has outperformed the rest of the country, and Manhattan’s Upper East Side has been leading the way.

A driving force for retail rents has been the improving economy due to the recovery of employment and disposable income.

Even more impactful has been thriving levels of tourism in New York City. Last year, there were over 54 million tourists exploring New York City, which is an all-time high and impressively 18 million more tourists than what New York City welcomed in 2000.

The economic impact of tourism is expected to be nearly $59 billion with $39 billion in direct spending. While the overall number of visitors has increased by 50% since 2000, the number of international visitors was up more than 100%, making international tourism the main driver of growth.

These improving circumstances have encouraged developers to increase retail construction. At the end of 2013, 2.5 million square feet were under construction.

The largest and most prominent examples include the WTC which consists of 365,000 s/f of retail space. Additional sites include The Mall at Bay Plaza and the Throggs Neck Shopping Center in the Bronx, together, totaling more than one million square feet.

On the Upper East Side of Manhattan, retail development was stalled for several years, but has recently seen a very healthy uptick in both residential and retail activity.

This is driven in part by the opportunities represented by an influx of younger professionals who cannot find suitable and affordable living accommodations in neighborhoods like SoHo, Greenwich Village, TriBeCa and the East Village.

This has created a greater demand for prime retail space on the Upper East Side, driving more retail development as well as upgrading of existing retail spaces to appeal to upscale retailers.

There are currently a number of developments underway, including, the 210,000 s/f mixed-use tower at 86th Street and Lexington Avenue, which will provide ample retail opportunities on the first four floors.

In addition, many Upper East Side investors, building owners and retailers are preparing themselves now for the upcoming residential and retail boom that will occur with the completion of the Second Avenue Subway, which will transform the residential and retail scenes on Second Avenue, First Avenue, York Avenue, and associated side-street locations. This will also strengthen an already thriving retail market along Third Avenue.

Lastly, the large increase in medical and health-care industry investments surrounding the Upper East Side location of Cornell Weill-New York Presbyterian Medical Center, as well as the upcoming Cornell University investment on Roosevelt Island, are driving the need for greater residential and retail opportunities along York Avenue, First Avenue and the associated side streets, which is pushing retail rent levels higher on the eastern portion of the Upper East Side.

In 2013 alone, Massey Knakal has leased 25,000 s/f of retail space on the Upper East Side bringing over $25 million in value to clients.
These have included international retailers from France, Switzerland and Italy, transforming the respective blocks and adding value to the respective buildings and neighborhoods.

Because of the increases in development activity, customer demand, tourism and retailer expansion needs, retail rental rates are breaking records in many parts of the city.