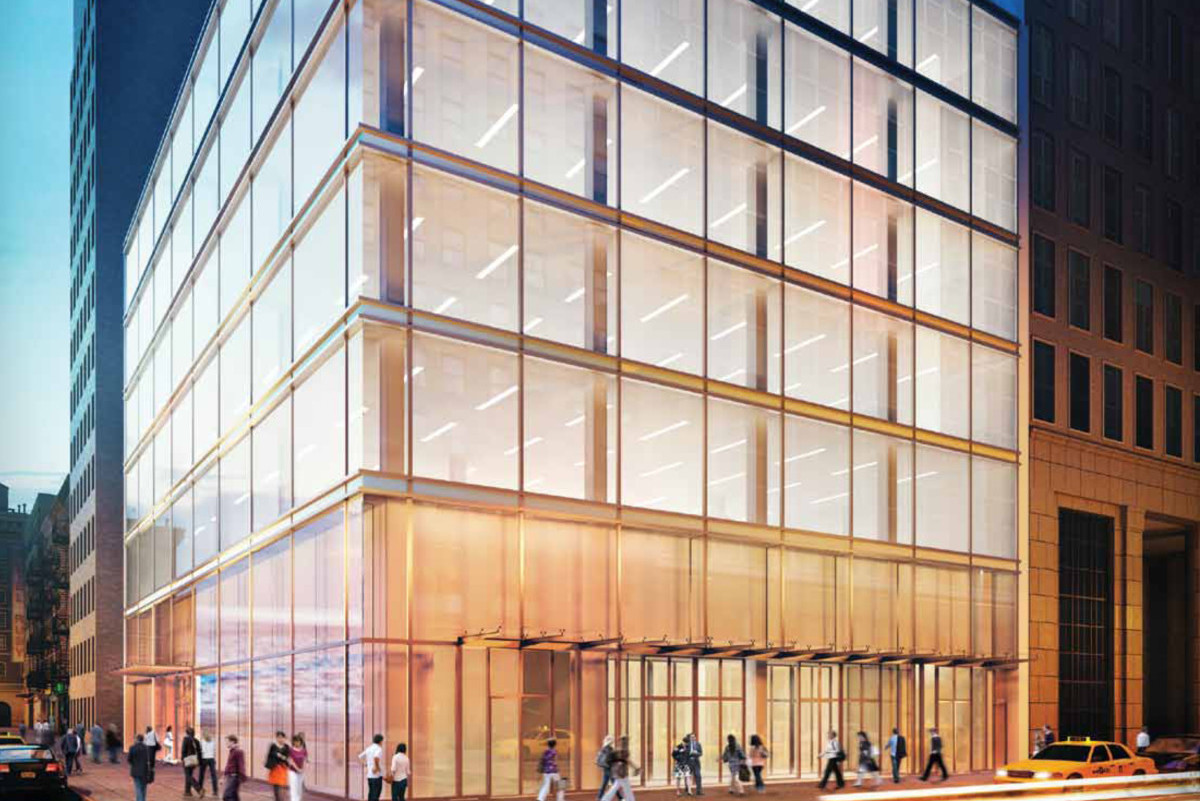 Thor Equities is looking for a tenant to lease a seven-story glass box the company plans to build on the corner of Fifth Avenue and 43rd Street.

The building will have 85 feet of frontage on Fifth Avenue, and each of the seven levels (including one basement) will measure 11,000 s/f.

As retailers have realized the avenue’s hoards of shop-happy tourists aren’t stopping at 49th Street, the library has acquired new neighbors in recent years, including Zara, H&M and Joe Fresh on the block between 42nd and 43rd Streets, an Urban Outfitters across from the Thor site, and the Tommy Bahama flagship between 45th and 46th.

Thor bought the corner site and its three pre-war buildings from RFR Realty in 2012 for $130 million. The developer is reportedly planning that the retail box will form the base of a hotel / residential tower, but only the retail space is shown in the renderings in the leasing brochure.

A place for everything, and landmarking in its place