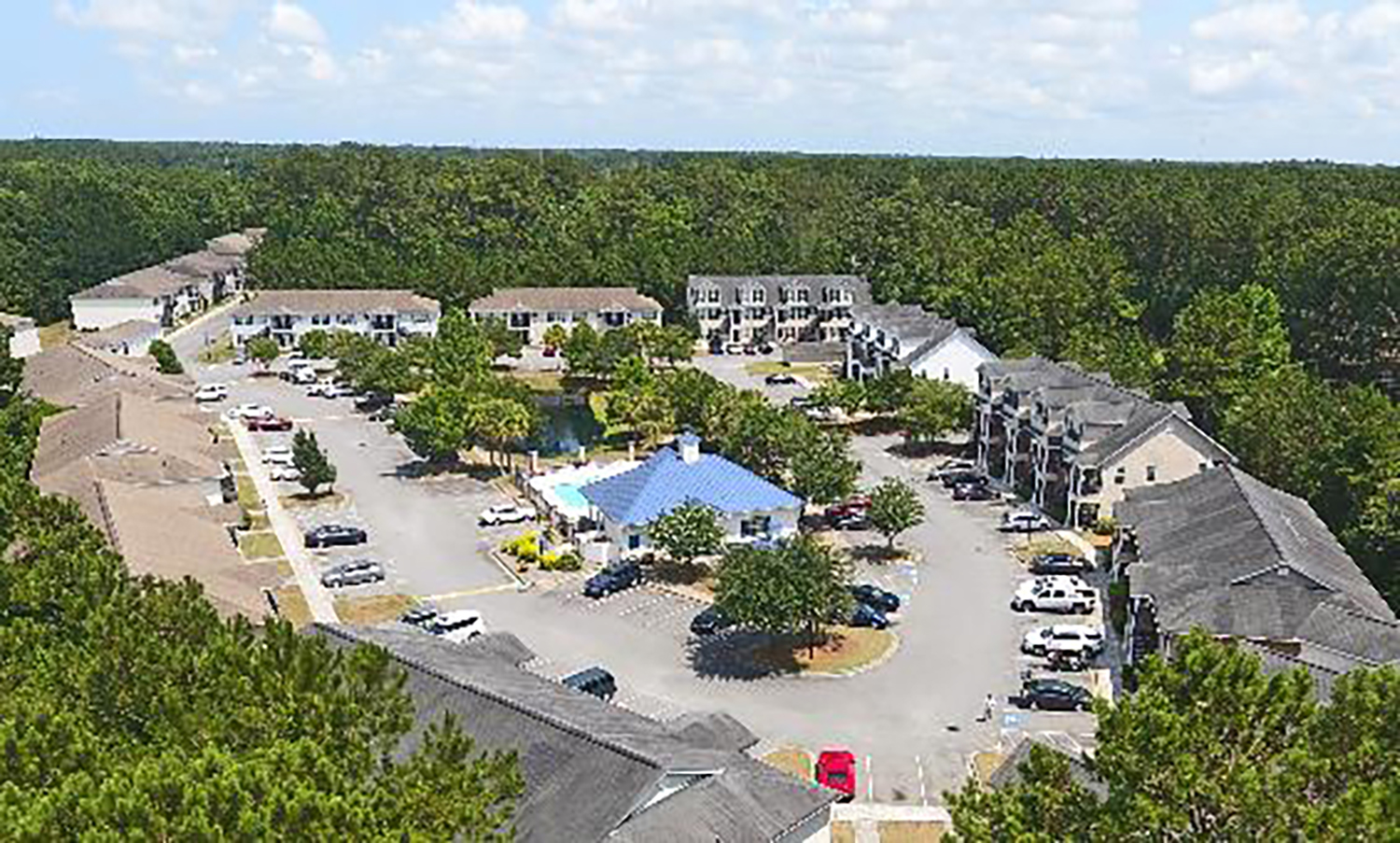 Trion Properties, a multifamily investment sponsor and private equity real estate firm based in West Hollywood, California and Miami, Florida, has announced two key strategic initiatives to bolster the firm’s growth in the Southeast: the acquisition of Pooler Station, a 160-unit multifamily community located in the Pooler submarket of Savannah, Georgia for $38.45 million, and the promotion of industry veteran David Moghavem to Director of East Coast Acquisitions.

“This is a pivotal moment in our industry,” says Max Sharkansky, Managing Partner of Trion Properties. “Despite the climate of growing economic skepticism, we recognize the opportunity at hand to capitalize in the Southeast and continue to aggressively seek value-add assets in this environment. Simultaneously, as a testament to Trion’s depth of experience and innovative team, we hold great value in the strong leaders within our firm who play a critical role as we continue to expand and achieve results on behalf of our investors, tenants, and the greater community.”

Trion was able to acquire Pooler Station through an off-market transaction with a repeat private seller, with whom the firm had recently transacted, and secure a below-market purchase price of $38.45 million by leveraging extensive personal networks within the region, notes Sharkansky.

“Our company’s multifamily acquisition approach is based on strong and valued investor relationships,” says Sharkansky. “The seller approached Trion due to their positive experience with us during a recent transaction, our purchase of Latitude at West Ashley in Charleston, South Carolina. We were able to leverage this connection and close the deal off-market to everyone’s satisfaction. It was a win-win situation for both parties, and the property serves as a strategic addition to our Georgia portfolio.”

Along with Pooler Station, Trion currently owns the 297-unit The Bluffs Portfolio in Savannah, which consists of Osprey on The Bluffs and Heron on the Bluffs, two multifamily properties located less than 1 mile apart in the Southside Savannah submarket; and the recently acquired Azure at Riverside, a 267-unit multifamily community in the Atlanta submarket of Austell, Georgia.

The purchase of Pooler Station is well-aligned with the company’s proven acquisition strategy of investing in underutilized assets in improving areas and converting them to modern, attractive, and affordable places to live, according to Sharkansky.

“Through our deep expertise in multifamily ownership and management, we have identified Savannah as a market with tremendous potential,” says Sharkansky. “Georgia’s third-largest metro, Savannah has seen 14% population growth between 2010 and 2020 and is expected to gain roughly 33,500 new residents by 2035, driven by impressive ongoing and expected job growth in the city as well as significant migration to the Southeast. In addition, the capacity of the Port of Savannah, the economic heart of Southeast Georgia and one of the fastest-growing ports in the nation, is predicted to increase by 1 million TEUs by 2023, and planned industrial expansions will continue to drive population and employment growth in the region, which bodes well for the market’s apartment sector.”

According to REIS Analytics, multifamily rental rates in Savannah have risen 20% over the past year, well above the national average, and are forecasted to grow annually at 4.39% through 2026. In addition, rents in the Pooler/Bloomingdale submarket, which features some of the highest median incomes in the Savannah area, are expected to grow even faster at 4.67% over the same time period, notes David Moghavem, Trion’s newly appointed Director of East Coast Acquisitions.

Constructed in several phases between 2009 and 2016, Pooler Station comprises 22 two- to three-story wood-framed buildings containing 160 two- and three-bedroom apartment units averaging 1,067 square feet. The property is located on the west side of the Savannah market, within a 16-minute drive of Savannah/Hilton Head International Airport and 30-minute drive from downtown Savannah and the Port of Savannah. Common-area amenities at the community include a fitness center, an outdoor pool deck, a picnic area with barbecue grills, and garages.

Trion will implement capital improvements at the property including updating the interiors with modern, market-leading finishes such as hard-stone counters, upgraded cabinets, LVP flooring, installation of washer/dryers in all units, and more. Opportunities exist during ownership for the company to improve landscaping, build a new clubhouse, and update exterior amenities.

“Through our well-honed customized renovation strategy and hands-on management, we will maximize value at this property in order to elevate the quality of living for residents while ultimately delivering higher returns for our investors,” says Moghavem.

Alex McDermott, in addition to the Capstone team, represented both Trion and the seller in the transaction.

Pooler Station is located at 100 Oglethorpe Drive in Pooler, Georgia.

Promotion of David Moghavem to Director of East Coast Acquisitions

David Moghavem previously served with Trion as Director of Acquisitions in Colorado and will now command the new position of Director of East Coast Acquisitions. Moghavem’s promotion is in line with the firm’s larger strategic expansion, Sharkansky notes.

“In his new role, David will continue to build the firm’s portfolio while directing the charge on our vertically integrated growth initiatives within the Southeast U.S.,” says Sharkansky. “David’s substantial acquisition experience and impressive track record in the West will play an essential role in the integrative success of Trion’s strategic vision.”

“With the firm’s aggressive acquisition strategy for the Southeast, our goal is to surpass this year’s total acquisitions in 2023, while remaining disciplined in our approach,” comments Sharkansky. “We want to source the ‘right’ deals that make sense amidst the rising rate environment, and David’s expertise in due diligence and building long-standing relationships has positioned him as the ideal candidate to advance our firm’s specialty in this market.”

Since acquiring Trion’s first asset in Colorado in 2020, Moghavem has personally led the acquisition of 1,514 units in the state, consisting of $335 million in total asset valuation.

“The most impactful lesson I have learned throughout the course of my career is that the ongoing success of a company stems from its strong internal culture and ability to make lasting external business connections,” notes Moghavem. “Sourcing successful off-market opportunities has been the key to our rapid expansion in the West. I look forward to the opportunity to magnify the skills I have cultivated in that region over the years. I am thrilled to begin implementing these strategies to deepen our services and take full advantage of developing local and regional opportunities in the East.”

Crystal City will Boast the Tallest Multi-Use Tower in Decentraland

Construction Has Begun on $44 Million Housing Development for Seniors in Yonkers, NY