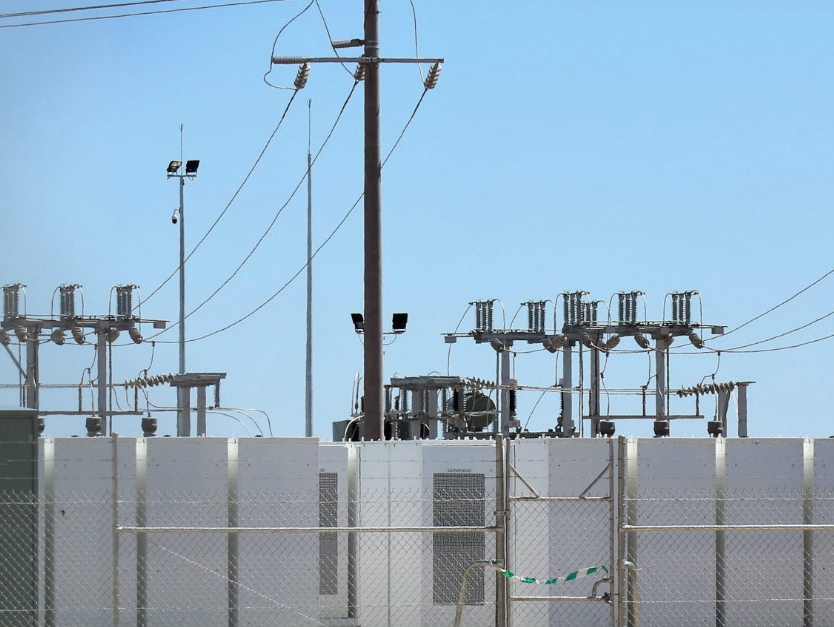 Con Edison and business partner 174 Power Global have an agreement that will place the largest battery storage project in New York State on an industrial site in Astoria, Queens.

The batteries will be able to discharge 100 megawatts – that’s 100 million watts – of electricity. 174 Power Global, which specializes in renewable energy projects, will build and own the battery system off 20th Avenue near the East River on land owned by the New York Power Authority where the former Poletti power plant used to be.

Razed in 2013, the Poletti Plant had been the single-biggest polluter in New York City, spewing 263,376 tons of pollutants into the air —more air emissions than the rest of the city combined.

“This project with 174 Power Global will help displace some fossil fuel-fired generation when the demand for power is highest,” said Tim Cawley, the president of Con Edison.

“Utility scale battery storage will play a vital role in New York’s clean energy future, especially in New York City where it will help to maximize the benefit of the wind power being developed offshore.”

“New York is an important market for 174 Power Global due to the state’s commitment to clean energy,” said 174 Power Global President and CEO Henry Yun. “We are proud to have been selected by Con Edison for this project, and we look forward to working together to help bring clean power, as well as other regional electricity and economic benefits to the Astoria community and more broadly to the state.”

“Expanding battery storage is a critical part of how we advance momentum to confront the climate emergency while meeting the energy needs of all New Yorkers,” said Mark Chambers, director of Sustainability for the City of New York. “Today’s announcement demonstrates how we can deliver this need at significant scale.”

“The New York Power Authority is committed to moving clean energy technologies forward in support of the State’s aggressive climate leadership goals and we are pleased to have a role in this project,” said Gil C. Quiniones, NYPA president and CEO. “The adaptive reuse of this land for energy storage development will help realize continued growth of renewable energy and bring greater flexibility and resiliency to New York State’s electric grid. This is just a first step in using our assets as a catalyst and test bed for clean energy technologies.”

The 100-megawatt/400 megawatt hour East River Energy Storage System will hold enough electricity to run more than 16,000 homes for several hours during a summer heat wave. It’s enough to power the World Trade Center for about a day.

Battery technology has improved significantly in recent years and is an important part of the New York State and New York City environmental plans.

The state’s Climate Leadership and Community Protection Act sets a goal of 70 percent of the state’s power coming from renewable sources by 2030 and recognizes the need to use energy storage to balance the intermittency of renewable generation.

Large procurements like Con Edison’s make it more economical for storage to enter the market. That helps efforts to integrate renewable power into the state’s energy mix.

With battery storage, it’s possible to capture energy that renewable resources generate but that customers do not need immediately. That energy can be stored and discharged at times when the demand for power exceeds the capacity of the renewable generators.

The project fits well with the coming addition of large amounts of renewable energy to the state’s portfolio, including 9,000 megawatts from offshore wind turbines.

The companies have a seven-year contract under which Con Edison will bid power from the battery system into the state’s wholesale market. At the end of the contract, 174 Power Global will dispatch the power into the state’s bulk power transmission system.

Con Edison and its customers will get the benefit of the revenues from the sales into the wholesale market during the contract term.

174 Power Global is responsible for obtaining the permits to build and operate the project by the end of 2022. The batteries will be in dozens of containers and connected to a nearby Con Edison transmission substation. The batteries will produce no emissions and little noise.

174 Power Global won the project by responding to a request for proposals that Con Edison issued in July 2019.

Con Edison has already begun taking advantage of storage technology through several initiatives. The company has a 2-megawatt battery system in Ozone Park, Queens to support reliability at times of high demand.

Under a demonstration project, Con Edison and GI Energy have placed a 1-megawatt storage unit at a customer site on the North Shore of Staten Island to help keep service reliable.

How to evict commercial tenants in 2021 despite the moratorium