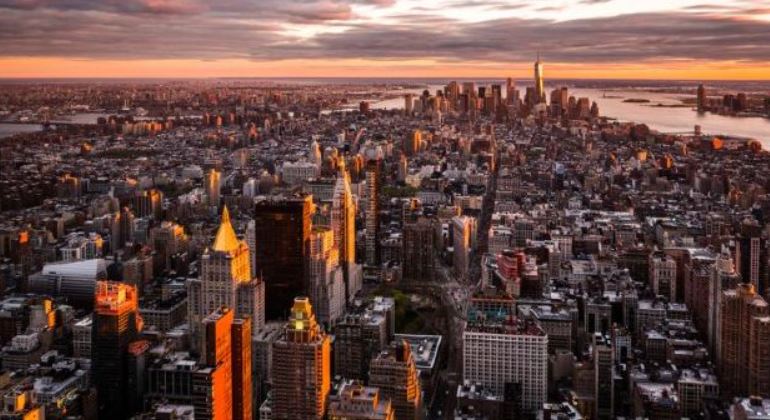 New York City rents have fallen more this year than they did during the Great Recession, according to StreetEasy’s November 2020 Market Reports.

Driven by the Covid-19 pandemic, Manhattan rents dropped the most out of the three boroughs analyzed — down a whopping 12.7% year over year. In November 2020, the median asking rent in Manhattan reached a ten-year low of $2,800. During the Great Recession, Manhattan rents fell by about 10%.

Meanwhile, Queens saw a 5.7% annual decline in rents in November. This was a record large drop for the borough, where rents remained relatively stable during the Great Recession. The median asking rent in November was $2,100.

Prior to the pandemic, NYC rents had been steadily rising for about a decade. But the economic fallout from Covid-19 has taken a severe toll on the market. Our recent 2021 predictions report noted that a weak economy results in a weak rentals market, which is reflected in the latest data.

While rents plummeted, rental inventory continued to pile on. In November, there were more than double the number of rental units available than at the same time last year in New York City — a net increase of nearly 37,000 homes.

“We expected the rental market to match the weakness seen during the Great Recession, but the fact that the market has surpassed that level in less than one year shows how serious the crisis caused by the pandemic has been,” said StreetEasy Economist Nancy Wu.

“The rollout of COVID-19 vaccines and plenty of great rental deals will be the catalyst for many to return to the city, but we’re still a long way from the city’s return to normal. Until that happens, inventory will remain high and renters will continue to enjoy deals that were unheard of a year ago.”

See below for additional market trends across Manhattan, Brooklyn, and Queens.

One in Three Midtown Manhattan Rentals Were Discounted in November

The share of apartments that had a rent cut in November increased in all five submarkets in Manhattan, but Midtown led the way, with 30.7% of landlords discounting the monthly rent on their units. That was an increase of 8.4 percentage points from last year. Boroughwide, the share of rent cuts rose by 5.9 percentage points year over year, to 27.2% in Manhattan.

Brooklyn Rents Fell Furthest in the Most Expensive Neighborhoods

The median asking rent in Northwest Brooklyn, the borough’s most expensive submarket, was $2,800 – the lowest it’s been in eight years. Compared to last year, rents were down 5.1% in those areas. There were 21,670 rentals on the market in Brooklyn in November, an increase of 134% from last year.

Rental inventory across the borough was 75% higher than last year in Queens. While this was a sharp increase, it was the smallest of all boroughs analyzed. Queens’ population tends to be more stable and less transient, which is why housing metrics do not fluctuate as much as other boroughs. Mirroring the rest of the city, Queens rents did fall year over year, but at the slowest rate in the city at 5.7%.