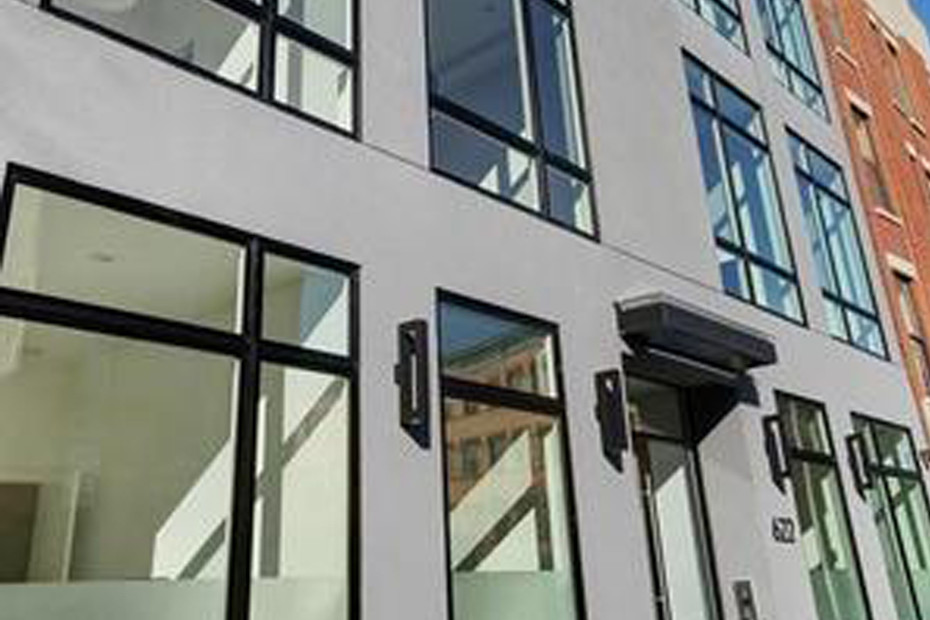 The fastest selling condos in Brooklyn so far this year

Wondering where the hottest properties in Brooklyn are? Just take a look at the numbers.

Buildings in Prospect Heights and Downtown Brooklyn took the top spots as the fastest-selling condo buildings in Brooklyn this year, based on number of days on the market, according to data from Streeteasy.

The data lists 622 Grand Avenue (pictured top) a five-story, 10-unit building straddling the border of Prospect Heights and Crown Heights, as the number one fastest-selling condo building in Brooklyn this year, between January and June. The median number of days units at the building spent on the market was 23.

It’s easy to see why the units went so quickly – a one-bedroom, one-bathroom at the boutique building sold for $406,513 last month, and though small at just 422 s/f, the price is an absolute steal for the neighborhood.

Number two in the ranking is 365 Bridge Street, in Downtown Brooklyn. The building, known as the BellTel Lofts in a nod to its past as the headquarters for the New York Telephone Company, has 219 units over 27 stories.

The building offers large unit layouts and high ceilings and a whole host of condo amenities. Listed units average $969 per s/f, a $1,152,875 average price.The median number of days units at the loft building spent on the market was 25.5.

Listings at the building spent an average of 26 days on the market.

In another approach, we took a look at buildings that sold the fastest in terms of sales volume, rather than days on the market.

According to data from CityRealty, the top three condo buildings that have sold the most units in terms of sales volume so far this year are located in up-and-coming and far-flung neighborhoods of Brooklyn.

Developed by Dunn Development and L+M Partners, 8 Vanderbilt Avenue, part of the Navy Green complex in the Brooklyn Navy Yard, claimed the top spot, with 61 condos sold this year, for a total of $33,904,208, at an average of $555,807 per unit.

The Navy Green development is unique in that instead of the usual 80/20 421a tax abatement many condo buildings are built with, it has 75 percent affordable and middle-income units, and 25 percent market rate units.

Navy Green boasts a large outdoor lawn and typical condo amenities like a roof deck and fitness center, and with all the new additions coming to the Navy Yard – like a Wegman’s Grocery Store, and a slew of new retail – as well as the possibility of a light rail passing directly in front of the building (the BQX), the building has not surprisingly drawn a lot of interest.

Christine Yoon, project manager at Dunn Development, said the building has sold 86 out of its 98 units at the building. More than 5,000 people applied for the housing lottery for the 74 middle-income units the building offered, an overwhelming number of applicants that is typical for the much-needed affordable units in the city. But it was the interest in the market rate units that surprised the development team.

“The market rates units really surprised us with how quickly they sold,” said Yoon. “It’s an interesting neighborhood in that everyone keeps moving further east to find new neighborhoods, but this one is so close to the bridges and so central.”

The firm first began working on a project in the area in 2008, and watched the area change enormously in the several years since.

“We’ve got common green space, which is really very rare in new construction projects, and then the anticipated 421a tax abatement, which is quite attractive, so I think with all those factors and it being in a great new neighborhood, the 24 market rate units went incredibly fast,” she said.

Number two on the fastest-selling condo list this year was 3041 Ocean Avenue, a condo building located in Sheepshead Bay, near the southern tip of Brooklyn. Developed by the Rybak Company, the nine-story condo building features an indoor parking garage, bike storage, a fitness center, and 24- hour doorman. Of the 40 units in the building, 38 have been sold this year, at an average of $725,888 per unit.

In Crown Heights, which has seen huge growth over the past few years, 834 Sterling Place, or HELLO Sterling, rounds out the top three, with 33 units sold this year, at an average of $802,280 per unit. The building, developed by firm HELLO Living, is a seven-story building with 54 units. It blends “NYC industrial chic interiors with California-style terraced exteriors,” according to its website.

MNS CEO Andrew Barrocas isn’t surprised by the numbers, which he said “make a lot of sense.”