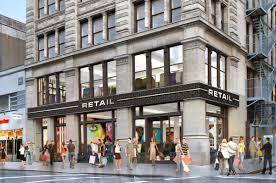 Following the tide, Tokyo Trust Capital has acquired 434 Broadway (at Howard Street) for $98 million from the Savanna Real Estate Fund. Tokyo Trust Capital is a real estate asset management firm specializing in value-creation investment opportunities, into and out of Japan.

434 Broadway has a total of 65,000 s/f which includes both office space and retail space. Savanna bought the nine-story building 434 Broadway in 2013 for $62 million. Savanna had invested nearly $7 million in base building improvements to enhance and reposition the property since acquiring it in 2013, including renovating the lobby and upgrading the windows, roof, façade, sprinkler infrastructure and life safety systems.

As of 2017, Savanna was able to complete its leasing campaign of the building, leasing out 100% of the office space.  Champions Sports moved into the SoHo retail location at the end of 2018, while the building also houses General Catalyst Partners, a venture capitalist firm, UENO., a digital marketing agency and RAL Companies and Affiliates, a  developer of luxury apartment, condominium, and resort communities nationwide.