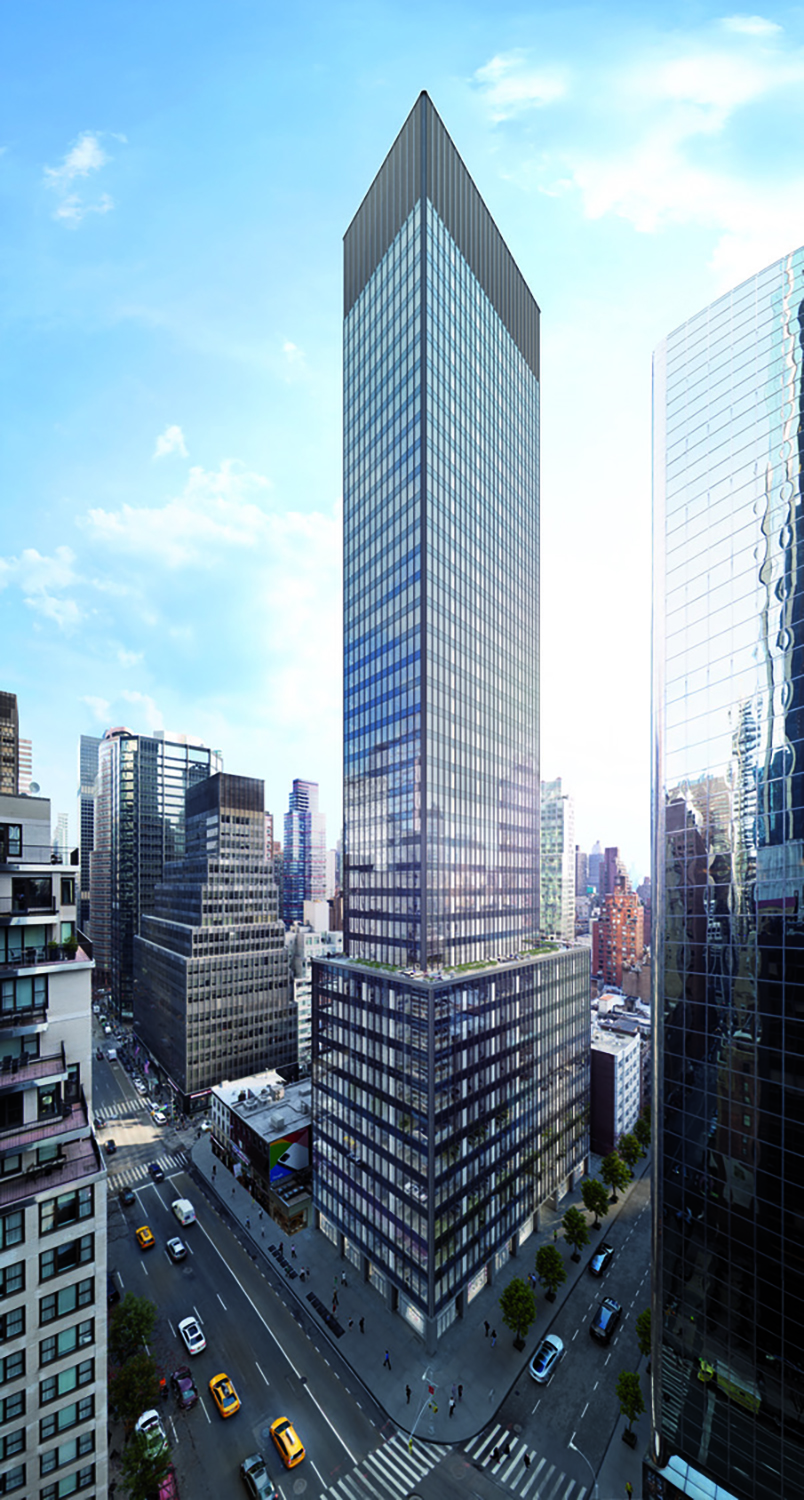 The Durst Organization (‘Durst’) today announced the completion of approximately 55,000 square feet of new leasing transactions within their repositioned office tower at 825 Third Avenue. The five new leases, all of which were recently signed, clearly demonstrate growing interest in 825 Third as midtown east’s newest trophy office destination for a range of industries.

“It’s very rewarding to see our vision for the rebirth of 825 Third now coming to life with this significant leasing activity,” said Jonathan “Jody” Durst, president of The Durst Organization. “Our $150 million repositioning program began in 2019, and over the past few years we accelerated the full building renovation to satisfy increased demand for top tier office space.”

The centerpiece of 825 Third is the Well& by Durst amenity space on the 12th floor of the building. Before the repositioning, the 12th floor’s outdoor setback was not accessible. Durst activated the space by adding attractive pavers and extensive green landscaping and other programming to the wrap-around terrace.  Rather than seeking out one tenant to lease the floor and give exclusive rights to access the terrace space, Durst instead chose to turn the building’s most desirable floor into a high-end, communal amenity space where tenants throughout the building can gather together or entertain clients.

While 825 Third is the first Durst property to feature this unique terrace as a building-wide amenity, the company was one of the first Manhattan office owners to convert setbacks and rooftops to functional terraces on several of their other buildings including 151 West 42nd Street, 1155 Avenue of the Americas, 114 West 47th Street, and 655, 675, 733 Third Avenue.  And it’s not surprising that the 825 conference center, tenant lounge, and coffee & wine bar interior, and 6,000 square foot wrap-around outdoor amenity space on the 12th floor continues to be a major factor driving tenant interest in the building.

The five leases recently signed at 825 Third Avenue consist of the following:

Additional leases will be announced soon. Ashlea Aaron, senior managing director of commercial leasing at The Durst Organization, attributes the recent and current activity to several unique factors that differentiate 825 Third from other buildings within Manhattan. With its renovated lobby and common areas, state of the art MEP systems, innovative dynamic View windows and industry leading green practices, 825 Third stands apart from other class A offerings. The office spaces within also boast open, floor-through sight lines with high ceilings, boutique floorplates and high end, hospitality-like finishes that can be adapted for a range of tenants, says Aaron.

“As people increasingly return to their offices, employers understand that giving their workforce a reason to come back is vitally important. So, providing them with a sense of place, community, the best amenities and an overall meaningful experience is critical,” says Aaron.