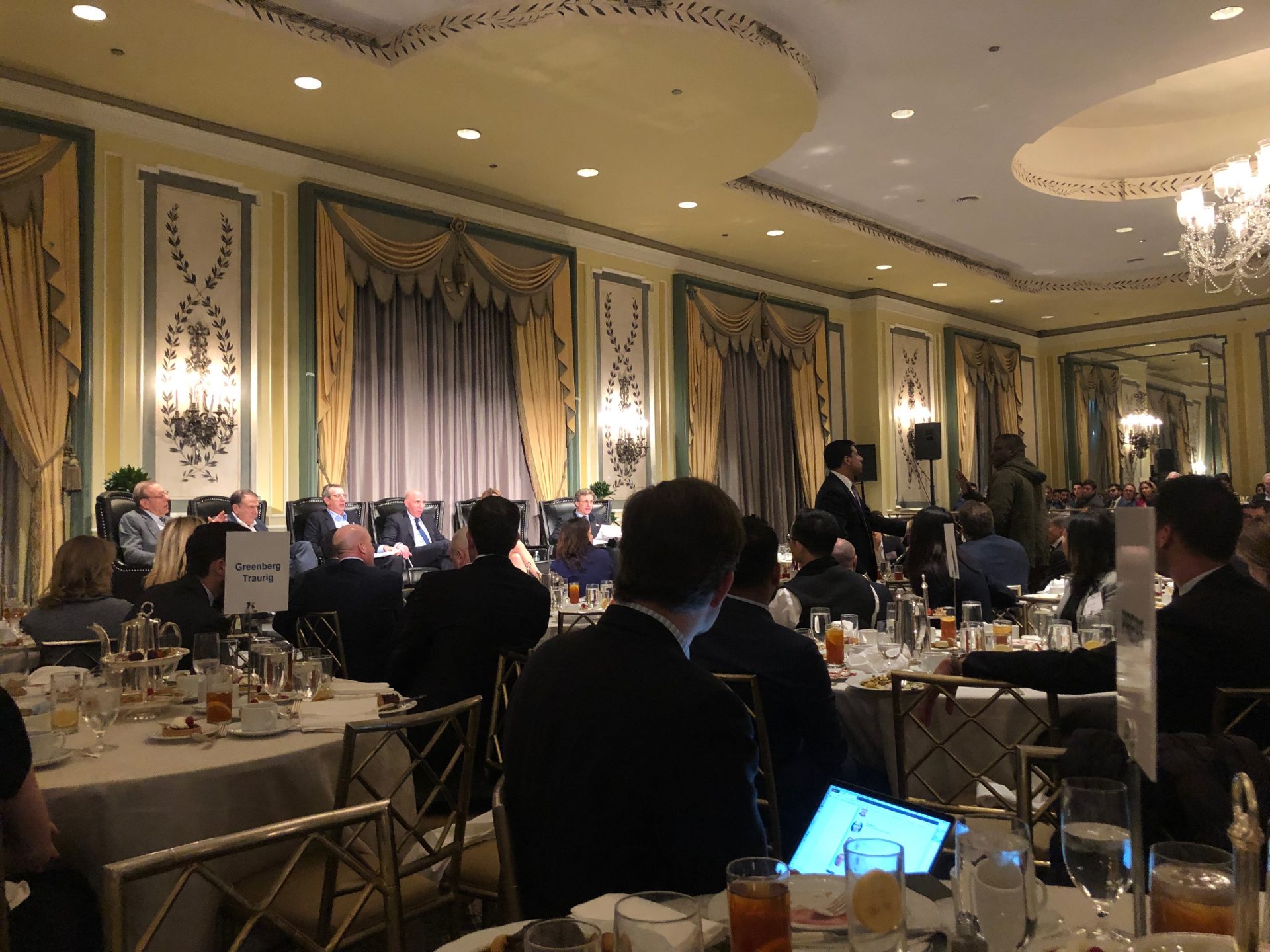 It started with what seemed to be an earnest plea.

A man stood up and halted a panel discussion between five of New York City’s preeminent developers, to confront one of them, Stephen Ross, founder of the Related Companies, about the treatment of black construction workers on his work sites.

“I’m a student and the exploitation of black construction workers that were formerly incarcerated on that site is wrong,” the man said. “I’m not a union member, I’m a student. I respect you guys and I love you guys but it’s wrong for the African Americans and what they’re going through.”

Ross and the man exchanged words while the rest of the audience, 200-plus real estate professionals attending a day-long seminar hosted by NYU’s Schack Institute, looked on in stunned silence.

Moments later, when a second individual, a young woman, stood up and raised the issue of sexual harassment on Related work sites, the crowd let out a groan. By the time the fifth protester interjected, the crowd resorted to boos and shouts of “shame on you.”

Some of the protesters left of their own volition, others were escorted out by event personnel.

The exchange took place during a luncheon presentation at the institute’s Capital Markets Conference, an annual event for industry professional for students. Ross was joined on stage by fellow megadevelopers Richard LeFrak, Bill Rudin, Scott Rechler and MaryAnne Gilmartin for the event’s annual “Golden Apple” panel, which parses through topics and trends relevant to New York real estate.

Related is embroiled in a heated labor dispute with city’s construction unions over the completion of its Hudson Yards development on the Far West Side.

Ross justified his company’s decision to employ non-union workers by citing the rising costs of construction, particularly for union projects.

The rest of the panel went off without a hitch, with the participants discussing politics, affordable housing, the arrival of Amazon and the city’s desperate need for infrastructure investment.

After the lunch concluded, Sam Chandan, the dean of the Schack Institute, apologized for the disruption and took full responsibility for the response to the protesters.

After the event, the institute issued the following statement:

“At NYU, the free exchange of ideas is a bedrock principle. While we respect the right of dissent, it cannot take the form of disrupting speakers at an NYU event. Regrettably, today at the NYU School of Professional Studies Schack Institute of Real Estate’s Conference on Capital Markets in Real Estate event at The Pierre, a handful of brief interruptions occurred and were quickly addressed. We are pleased to be able to say that despite these interruptions, the event carried on, and all of the speakers were able to continue their panel discussion.”

Outside the hotel, a few dozen protesters rang bells and chanted phrases of disapproval aimed at Ross and his company.

Labor unions have orchestrated several protest events against Ross and Related in the past year. The groups have also butted heads in court.