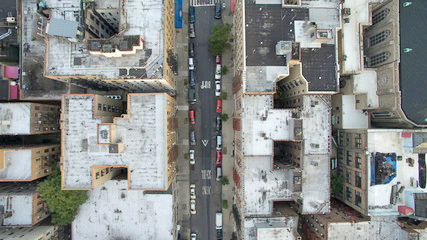 New York State Department of Environmental Conservation (DEC) Commissioner Basil Seggos announced that the agency has deployed a fleet of 22 unmanned aerial vehicles (UAVs), or “drones,” across the state to enhance the state’s environmental management, conservation and emergency response efforts.

Recently completed missions have greatly improved DEC’s ability to monitor and protect the state’s lands, waters, and wildlife while ensuring environmental quality and safety for residents.

“DEC has a wide range of responsibilities in protecting the state’s environment and ensuring the safety of our citizens and visitors, and well-being of our communities,” Commissioner Seggos said. “The use of drone technology will help us do our jobs better and faster while saving taxpayer dollars.

“We live in a changing world with technological advances being made at an exponential rate, and UAVs give us a safe and efficient way to collect and analyze data, assess threats to the environment, and quickly respond to emergencies. This technology is helping DEC with everything from petroleum spills and wildlife surveys to search and rescue missions, forest fires, and natural disasters.”

DEC developed its UAV program with guidance from the Federal Aviation Administration (FAA) and received a Certificate of Authorization (COA) from the FAA authorizing use of UAVs within national airspace.

Fourteen DEC pilots trained for several months under the guidance of the Northeast UAS Airspace Integration Research (NUAIR) team at FAA’s UAS test site at Griffiss International Airport in Rome, one of only six national test sites in the nation, and with staff from SkyOp, a private UAS training company.

The drones are equipped with both standard and thermal infrared cameras and can legally fly at heights below 400 feet. Each drone is operated by a human pilot that can control the vehicle with a remote control from the ground and at a distances of up to three miles.

DEC anticipates using drones for a number of duties, including but not limited to search and rescue missions, forest fire suppression, wildlife management and surveys, invasive species detection, and forest health evaluations.‎

DEC has already used drones in a number of successful missions across the state;

DEC also anticipates that drones will help staff to quickly assess environmental damage from natural disasters such as dam breaks, ice jams, flooding, hurricanes, tornados, and air quality events. Drones will also give scientists new opportunities to observe landscapes from above and provide baseline and change-comparisons over time for enhanced data analysis.

DEC is in the early stages of determining what kind of public drone use will or will not be allowed on most state land.  The allowable uses and the regulatory mechanism for such use will depend on the land designation. Drone use will not be allowed on lands classified as wilderness in the Adirondack and Catskill parks and areas classified as primitive and canoe in the Adirondack Park.

DEC’s proposed policies and regulations will be subject to a public comment period in the coming months.