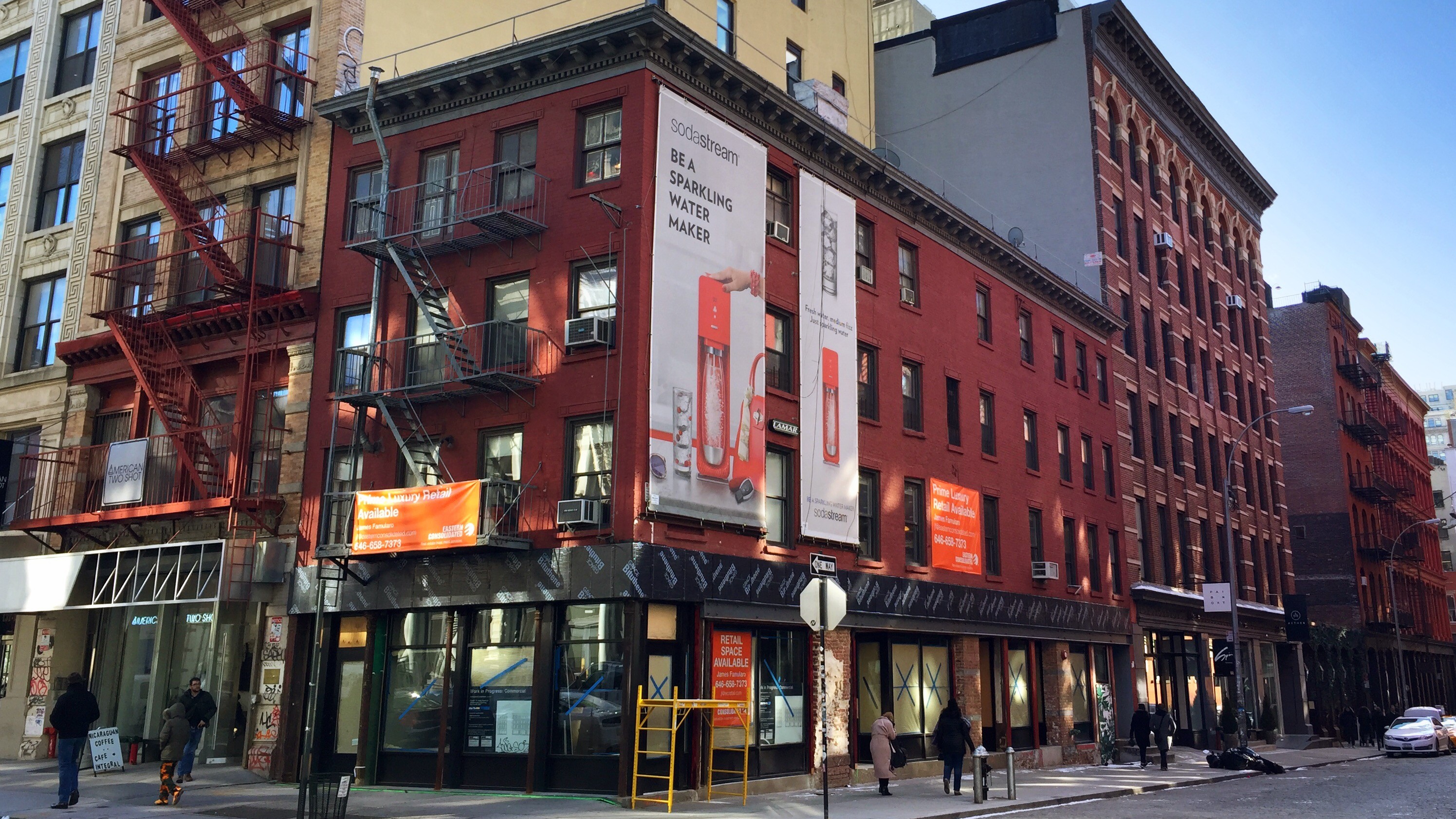 Eastern Consolidated is marketing a mixed-use corner building at 21 Crosby Street aka 133 Grand Street in SoHo. The asking price is $18.5 million.

Exclusive agent Ron Solarz, executive managing director and principal in the Investment Sales Division, is marketing the property. Chris Matousek, director, financial services, is the analyst for the deal.

“The current ownership has invested a substantial amount of capital to completely reposition the retail portion of this SoHo property, which would be ideal either for a retailer’s flagship location or for multiple retail tenants,” Solarz said. “The ground floor and lower level retail space will be delivered vacant, allowing investors to capitalize on the rapidly appreciating retail rental rates in the neighborhood.”

Eastern Consolidated has been busy in SoHo recently. Earlier this month, the firm’s brokers arranged the sale of all of the shares in a four-story, 20,600 s/f residential co-op at 61-63 Crosby Street for $42 million, or over $2,000 psf. Before that,  49 Greene Street , a six-story, mixed-use, elevator loft building with ground floor retail, traded for $31 million.

The property at 21 Crosby Street is located within the SoHo Cast Iron Historic District Extension, a block from Broadway with its abundance of high-end retail, and steps from luxury hotels including the NoMo SoHo Hotel and 11 Howard RFR Hotel.