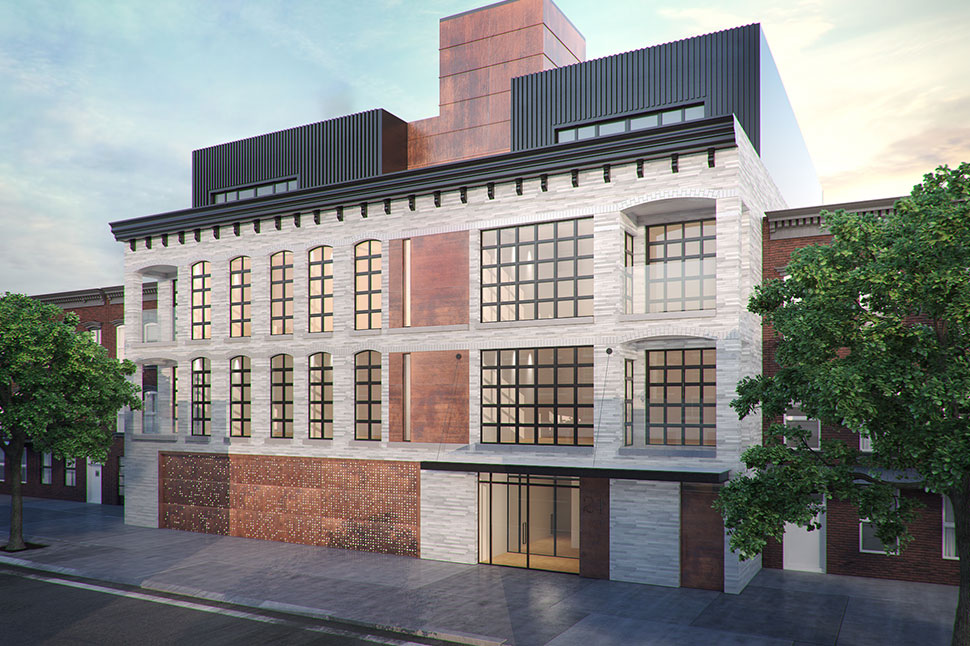 Slate Property cashes out of 21 Powers condo project in Williamsburg

Slate Property Group has cashed out of its planned condo project at 21 Powers Street in Williamsburg, Brooklyn.

The development site, which contains a one-story warehouse building, was sold for $5.75 million or $428 per s/f. The company previously planned to convert the property into a 10-unit condo building.

“This was a particularly desirable development site because it offers 68 feet of frontage on Powers Street, and was sold with approved plans for a new residential development,” said Eastern Consolidated’s Scott Burk, who represented Slate with Jacob Tzfanya.

The property, which offers 13,438 buildable square feet, sits between Union Avenue and Lorimer Street. Grasso Menziuso Architects filed the building applications for the property in January of 2015. According to New York YIMBY, the design architect for the project, the Meshberg Group, wanted a look that was a cross between a glassy building and a converted warehouse.  Meshberg also wanted to install private outdoor spaces for half of the units, either in the form of terraces or backyards.