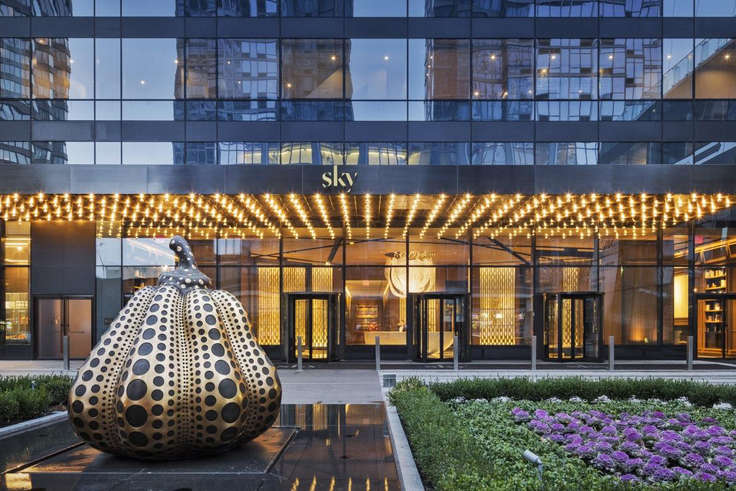 SL Green Realty Corp,, Manhattan’s largest office landlord, has entered into a contract to sell its 20 percent interest in 605 West 42nd Street, also known as Sky, back to Joe Moinian for $53 million.

“The sales of our interests in these two properties are a continuation of our strategy to divest non-core assets, including residential properties, and reinvest the capital on a value accretive basis into our share repurchase program and development projects,” said David Schonbraun, Chief Investment Officer of SL Green.

“We have seen a distinct rebound in the residential market in recent months, which validates the continued demand for New York City real estate.”

Sky, a 71-story, 948,000 square foot luxury multifamily tower, is 90 percent occupied and includes 295 units of dedicated affordable housing and 68,000 s/f of retail space. The Company acquired its 20 percent interest in 2016 pursuant to a previous mezzanine loan it made with on the property developed by the Moinian Group in 2017.

“The Moinian Group has had a long and prosperous relationship with SL Green and the reacquisition of Sky’s remaining interest has only enhanced our collaborations,” said firm’s CEO Joseph Moinian. “We have immense respect for SL Green and look forward to working with them on many other transactions in the years to come.”

Located on West 42nd Street between 11th and 12th Avenues, Sky has 1,175 apartment units and nearly 68,000 s/f of retail space with Volvo occupying 58,626 s/f. The residential units are fully leased, while LifeTime Fitness occupies 65,228 s/f of indoor and outdoor space.

NYCHA nears completion of biggest solar project in its history