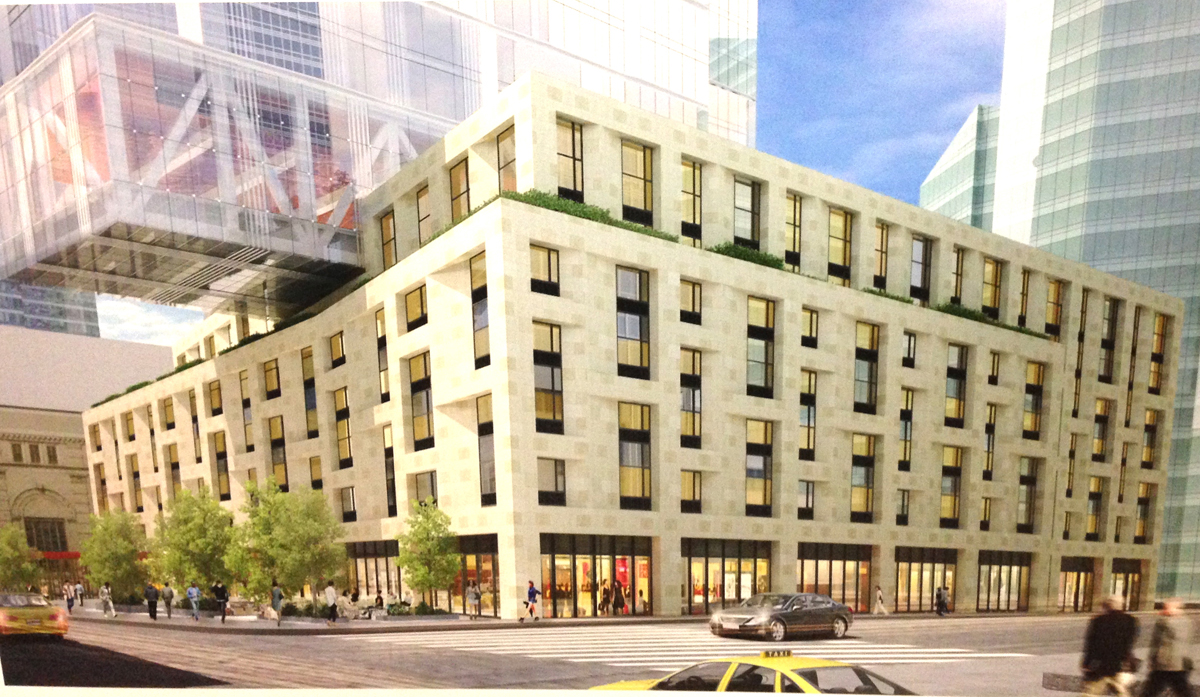 Silverstein Properties and Elad Group are about to close on $605 million in construction financing for their condo development 1 West End Avenue, according to Silverstein CEO Marty Burger. Above-ground construction work on the project is set to begin in January.

Burger announced the news at a luncheon hosted by the Association of Real Estate Women (AREW), but did not name the lenders or specify the terms of the financing. According to a previous report in the Mortgage Observer, the developers had been in talks with a syndicate led by Wells Fargo and Bank of America. It was not immediately clear whether these banks ended up providing the construction loan. Silverstein Properties could not be reached for an official comment.

“We will be vertical in January and are just closing on $605 million in construction financing,” Burger said at the AREW luncheon.

Silverstein and Elad bought the site at 1 West End Avenue on Manhattan’s far west side from Carlyle Group for $160 million last year. They plan to develop a 42-story, 1 million s/f mixed-use tower with 440,000 s/f of residential condos. Asking prices for the market-rate units will range from $1.25 million for a one-bedroom apartment to $20 million for a penthouse with terrace. The project has come under fire for including a so-called poor door, a separate entrance for the building’s affordable units. займ онлайн без отказа

Steven Spinola to be honored at annual REBNY Gala