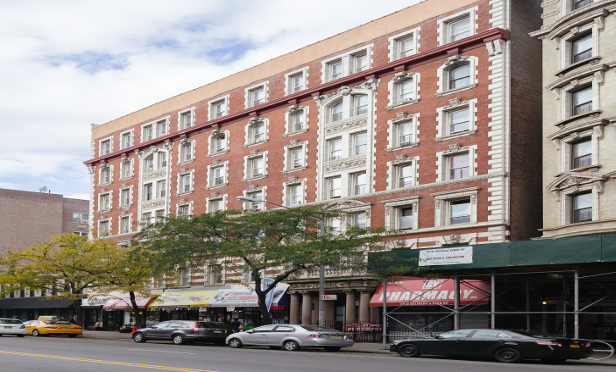 The seven-story prewar property is surrounded by three flourishing neighborhoods: Central Harlem, which is experiencing strong growth fueled by development activity along the 125th Street corridor; the Upper West Side; and Morningside Heights, home to Columbia University which is undergoing a $7 billion, 17-acre campus expansion.

Located at 198 Route 9 North, Justin Corporate Center I was originally constructed in 1985. The property recently underwent significant improvements to its lobby and other public areas, parking lot, HVAC system, and the addition of a conference room. It was 94 percent occupied at the time of sale with a total of 12 professional tenants in the financial services, healthcare and publishing fields.

Kinsey Capital, a commercial real estate brokerage and advisory firm based in New York City, announced the sale of 4-6 E 34th Street, a prime office property in Manhattan’s NoMad neighborhood.  The property was purchased by an affiliate of Caerus Group and sold by the Zionist Organization of America (ZOA).

Brent Glodowski represented Caerus in the transaction and ZOA was represented by CB Richard Ellis.

Mixed-use pair of buildings on UWS go for $37M

A pair of mixed-use buildings at 2461-2463 Broadway were sold in an all-cash transaction valued at $37,350,000. The properties are located on the northwest corner of 91st Street and Broadway on Manhattan’s Upper West Side.

The parcels possess over 50’ of frontage on Broadway and combine for a 5,369 square foot lot. At the time of sale, the properties consisted of two adjacent buildings totaling approximately 18,166 square feet.

Nestled in the heart of the Upper West Side, the property is accessible via the 1, 2 and 3 train lines. Its prime corner location, anchored by strong retail and easy accessibility, ensures future growth and upside.

UOVO’s two existing state-of-the-art facilities in New York—a 280,000-square-foot flagship building in Long Island City and a 100,000-square-foot space in Rockland County—will be supplemented with this third facility. The building aligns with UOVO’s high level of collection care, with 140,000 square feet of space for short or long term storage as well as 24-foot high ceilings and customizable racking to accommodate monumental works and ensure maximum storage efficiency for clients. 100 Bradley Parkway will be renovated to UOVO’s superb standard of quality in time to open in the summer 2016.

Simon Baron Development (Simon Baron) announced that they have expanded their footprint by acquiring the ground lease on the 600-room, Stay on Main Hotel, located at 640 South Main Street in Downtown Los Angeles (LA), California from 248 Haynes Hotel Associates LLC. The acquisition marks the beginning of the developer’s expansion to the west coast and their first project in California.

Simon Baron plans to reposition the 170,000-square-foot property into a modern mixed-use facility with capital improvements, while staying true to the neighborhood and notable context of the building. Simon Baron was represented by Ben Reznik of Jeffer Mangels Butler & Mitchell LLP in the deal, and by David Swartz of CGS3 in the ground lease.

Institutional Property Advisors (IPA), a division of Marcus & Millichap specializing in serving institutional and major private real estate investors, is pleased to announce the sale of 50-58 East Third St., which is composed of three contiguous six-story multifamily buildings with a total of 71 apartments located in Manhattan’s East Village neighborhood. The property sold for $58 million, which equates to nearly $817,000 per unit.

Von Der Ahe, along with Joe Koicim, David Lloyd and Corey Isdaner, represented the seller and procured the buyer.

Recent improvements include repointed and repainted exterior brick facades, new exposed-brick public hallways, and porcelain tile floorings, among many others.