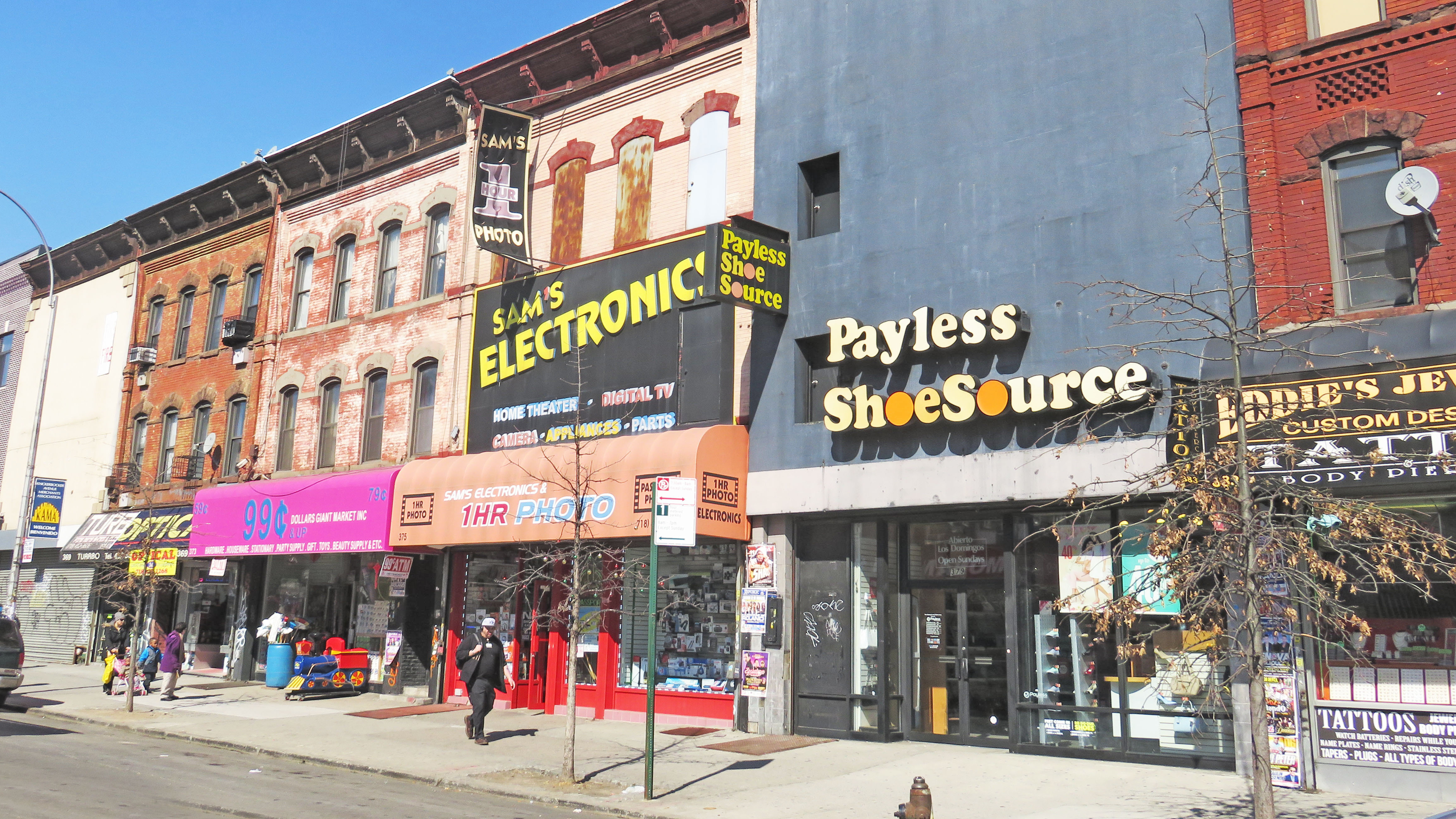 A Cushman & Wakefield team of James Nelson, Will Suarez and Carly Weinreb has been retained to sell a retail condo at 20 Pine Street on behalf of Alto Investments and The Klein Group.

The property sits at the base of a 409-unit, Armani-designed condominium building on the corner of Pine and Nassau Streets in Manhattan’s Financial District. Ownership is requesting proposals.
The property contains approximately 30,057 s/f and offers a three-block, wraparound frontage of 450 feet.
The condo has 30 ft. ceilings on the ground floor and is currently divided into four separate units. Each is leased to a high quality tenant on a long term basis namely FedEx, Café Arte, 18/8 Fine Men’s Salon and Bright Horizons, a publicly traded childcare provider.
Preference will be given to a buyer who assumes the existing mortgage of $16 million.
“20 Pine Street is a rare opportunity to acquire a high-cash flowing, low maintenance, core retail asset in the heart of the Financial District,” said Cushman & Wakefield’s James Nelson.

Eastern Consolidated has been selected to market a three-building package of contiguous mixed-use buildings at 373, 375 and 379 Knickerbocker Avenue in Bushwick, Brooklyn.
The asking price for the 15,547 s/f package of three-story walk-ups is $11,750,000
Exclusive agents Brad Cohen, senior director, Kevin O’Donnell, associate director, are marketing the property. Gary Meese, senior director, Financial Services, is the analyst for the deal.

The ground floor retail units at 373, 375, and 379 Knickerbocker Avenue are occupied by a 99 cent store; electronics store; and Payless Shoesource, respectively.
Additionally, 373 Knickerbocker Avenue includes four rental apartments on the top two floors, one of which is occupied. The upper floors of 375 and 379 Knickerbocker Avenue are vacant and although designated for commercial use could possibly be returned to their original residential use.
“The offering presents investors with strong in-place income as well as tremendous near-term repositioning and long-term redevelopment potential in one of Brooklyn’s hottest neighborhoods,” O’Donnell said.
“The buildings offer 75 feet of contiguous frontage on the Knickerbocker Avenue corridor, which is a popular retail district that is currently undergoing substantial re-investment.”
Cohen noted, “Bushwick has been at the epicenter of Brooklyn’s residential development boom in recent years and now developers are becoming bullish on the neighborhood’s retail.
“Just a block away at Knickerbocker Avenue and Himrod Street, a new retail mall is planned that will offer six retail spaces.”
● COLLIERS INTERNATIONAL
Hackensack trophy hits the market
Colliers International has been named exclusive advisor for the sale of Continental Plaza, a 650,000 s/f Class A corporate office park located in Hackensack, NJ, at 401, 407, 411, and 433 Hackensack Avenue.
With more than $16.5 million invested in upgrades between 2012 and 2016, the Bergen County property has undergone a major 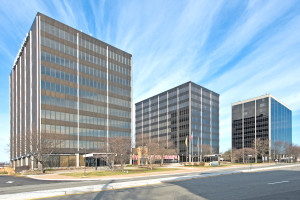 renovation program.
At 72 percent occupancy, the complex offers the next owner to benefit from the lease-up of the vacant space.
The Colliers International team led by senior managing director Jacklene Chesler, along with executive managing director Richard J. Madison, associate Jonathan Schlussel, and senior vice president John Banas are marketing the property on behalf of ownership.
“Continental Plaza offers premier building amenities in an unmatchable location,” Chesler said.
“The property is in close proximity to New York City, giving it a strategic, compelling advantage to tenants and investors. In addition, the recent and extensive capital improvements will empower the next owner to deploy more time and resources towards leasing the remainder of the available space.”
“This office complex is one of the most highly recognized in the state and we are delighted that Jackie and her team were selected to market this important assignment,” said David A. Simon, SIOR, executive managing director and market leader for the New Jersey operations of Colliers International.

The eight-story, 56-unit elevator building sold for $33 million, or just under $590,000 per unit.
“This unique building is ripe for repositioning into luxury rentals,” said Peter Von Der Ahe of IPA.
“Many professionals who wish to live near their work consider Midtown East the perfect place to be. It is the busiest commercial district in the United States, and home to one of the nation’s most diverse arrays of real estate.”
Von Der Ahe, along with Joe Koicim, David Lloyd and Corey Isdaner, represented the seller and procured the buyer.
The property is located on the north side of 36th Street between Madison Avenue and Fifth Avenue, close to Grand Central Station and Bryant Park.
The building features 16 one-bedroom apartments, 39 studios and a basement apartment. There are 34 free-market apartments and 21 rent-stabilized units.

A 10.5 acre waterfront development site located at 1110 Oak Point Avenue in the Hunt’s Point neighborhood of the Bronx has been sold for $24 million.
The seller was represented by Cushman & Wakefield’s James Nelson, Nick Burns and Ben Fox as well as real estate chair Belinda G. Schwartz and counsel Mitchell G. Bernstein from Herrick, Feinstein LLP. The buyer was represented by Tom Cisco of Feinberg Bros Agency. 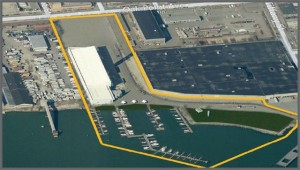 The L-shaped irregular lot offers approximately 874,685 s/f of buildable square footage, 1,000 ft. of frontage along the East River and stretches from Oak Point Avenue to Tiffany Street.
Currently, the property has a 68,787 s/f building with ceiling heights of approximately 60 feet with a clear span. It sits within an M3-1 zoning district, which allows for heavy industrial uses. The property was delivered vacant upon sale.

Rosewood Realty Group has closed on a $16.1 million sale at 916-920 & 926 Southern Boulevard in the Longwood section of the Bronx.
A Brooklyn investor bought the two contiguous six-story elevator buildings built in 1911.
The buildings, totaling 100,704 s/f, have a combined 66 apartments and nine vacant commercial units.
One of the buildings, which was delivered vacant, is to undergo a gut renovation. The other, with 15 tenants, is slated for partial renovation.
Aaron Jungreis represented the buyer, A1 Equities, and Jonathan Brody and Jungreis also represented the seller, 922 Southern LLC.

Fairstead Capital, a real estate investor and asset manager led by veteran CBRE broker Stephen Siegel, has acquiried two Central Park rental buildings for $45.75 million.
The company said the two contiguous six-story multifamily rental properties are located at 207 and 217 Central Park North.
The two buildings, sold by Mann Realty Associates, are comprised of 56 total units.
Fairstead Capital owns and manages $2.3 billion of property, comprised of nearly 5,000 luxury, market-rate, work-force and affordable rental units on behalf of its principals and investors.
In the last two years, it’s completed more than $1.5 billion in acquisitions, including the 2015 purchase of a 1,000-unit portfolio of Manhattan apartments in partnership with Blackstone Group.
The company is led by Siegel, Will Blodgett and brothers Andrew and Jeffrey Goldberg.