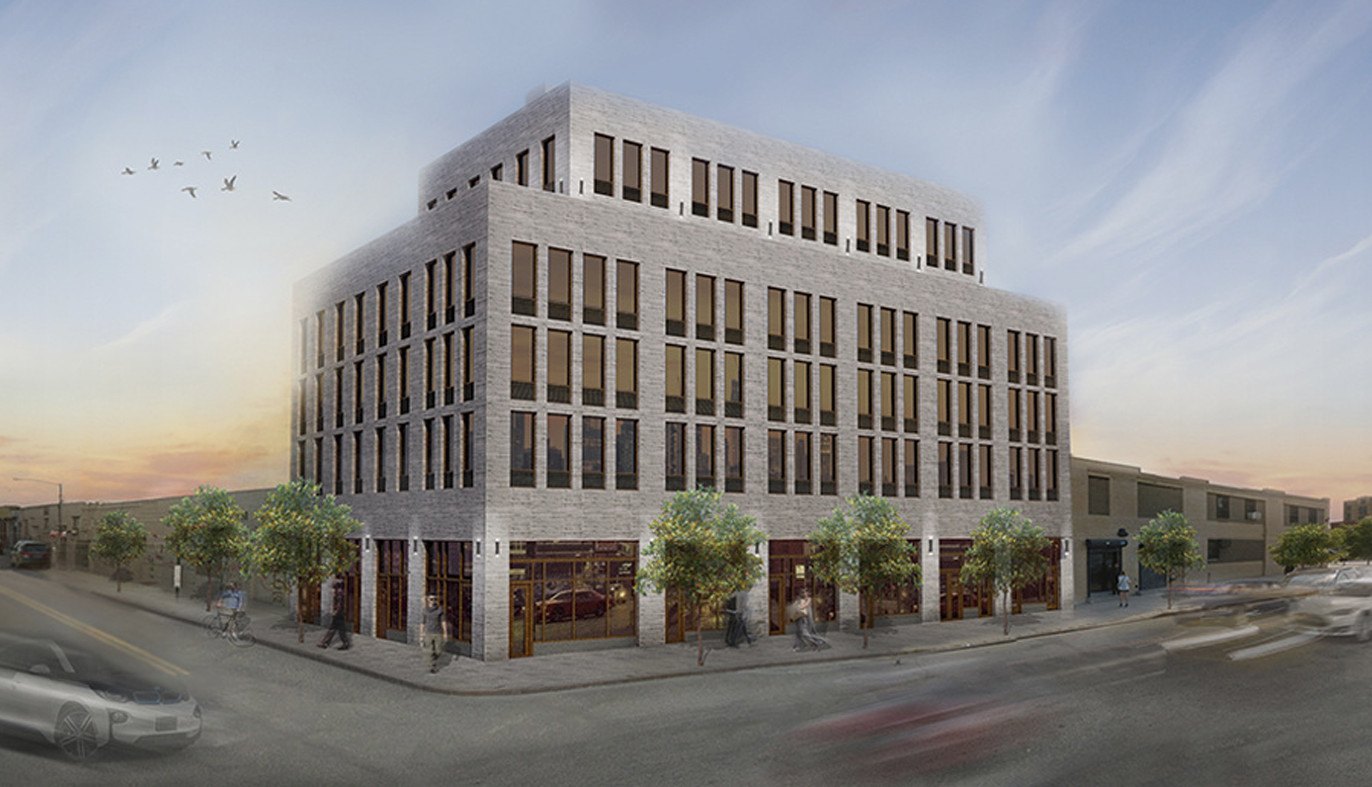 Realworks Realty has released new renderings of a co-working space under development in Bushwick.

Formerly the site of a single-story warehouse bakery, 100 Bogart will soon be home to a six-story development, which will offer a mix of retail stores, galleries, co-working and studio spaces.

The 50,000 s/f building will provide cspace for artists, tech startups, freelancers and entrepreneurs and is located just
down the street from the Morgan Avenue L station — an area considered by many as the heart of Bushwick’s art scene.

The projects’ developers, VLAT LLC, is responding to an increasing demand of co-working space, and will build an expansive community at 100 Bogart.

The new venture will operate under the team’s mission to honor their longstanding ties to Bushwick, with distinctive attention to optimize public engagement and participation opportunities with local businesses.

Co-working tenants will be members of a communal workplace where ideas can cross-pollinate and flourish in a variety of open work spaces, common lounge areas, meeting rooms, private offices, and the building’s 4,000 s/f rooftop terrace.

“100 Bogart Street is located in what is arguably the center of Bushwick’s creative hub, and our goal is to design and deliver on a dynamic space where up-and-coming Brooklynites can collaborate and realize their ideas,” said Nicholas Tukmanian, CEO and broker of RealWorks Realty, the exclusive agency of the building.

100 Bogart’s retail level, featuring 20 foot raised ceilings, will offer a flexible and multi-purpose space that could
include a variety of public gatherings. Some events include pop-up galleries, consulting meetings, multimedia presentations, and live performances.

This summer, ramen restuarant Ichiran will open next door to the building making it the first location in the U.S.

100 Bogart developers are currently accepting proposals from retailers and vendors who are interested in leasing the remaining retail and office space. The building is slated for completion in fall.