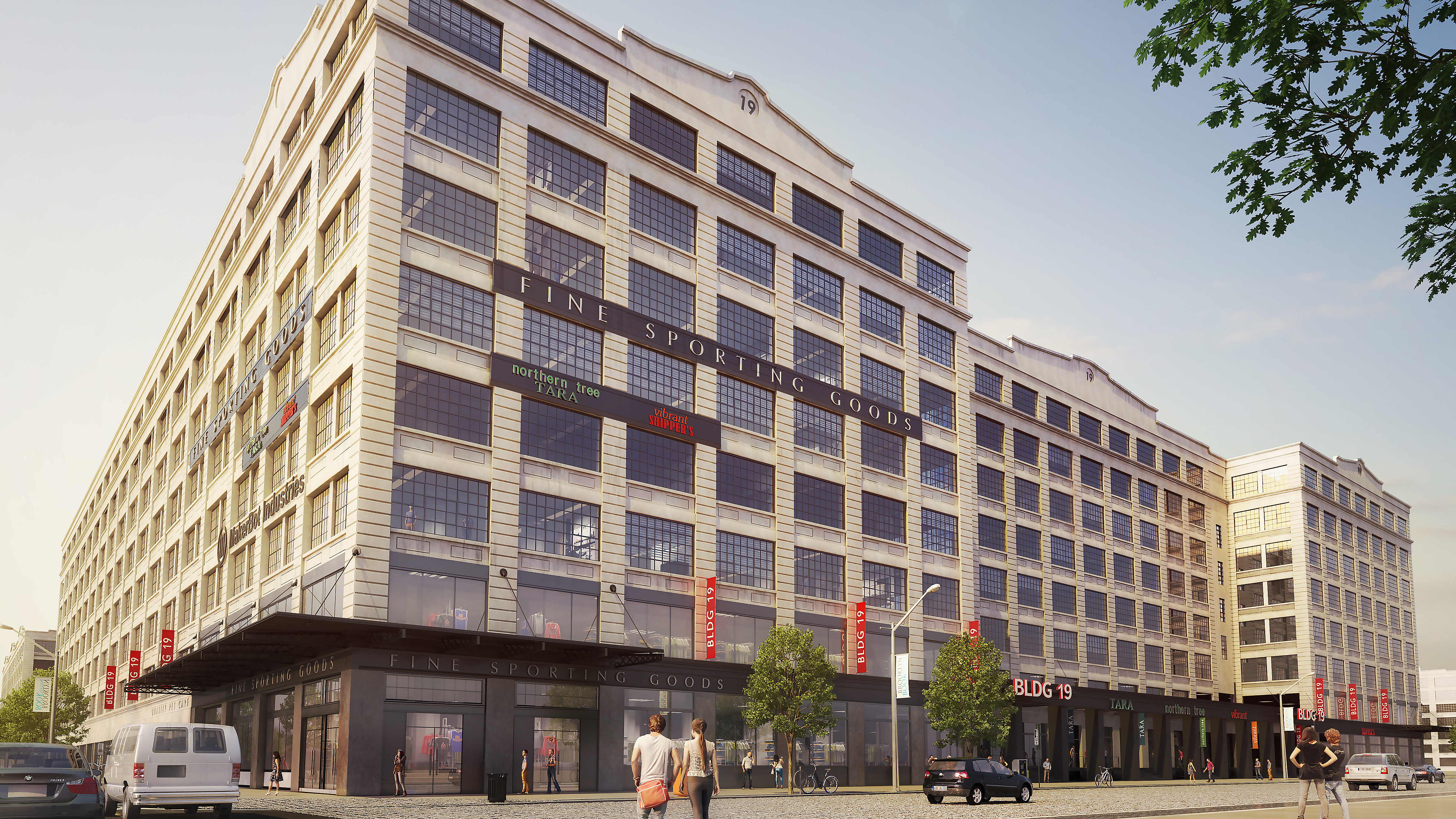 Challenged by the lack of available workspace, New York’s innovation and creative-sector firms fueling the city’s economic resurgence, have a new option as Industry City announced it will renovate Building 19 to create a block of 500,000 s/f.

A rarity in the New York market, the large block of space is situated on seven floors in Industry City’s Building 19, already home to the Brooklyn Nets’ practice center.

Improvements to the building include upgrades to the basic infrastructure, new windows, and a new lobby.

“While the city’s innovation economy continues to grow, the sectors leading its resurgence continue to be challenged by the white-hot real estate market,” said Andrew Kimball, CEO of Industry City.

“Activating this space will help maintain the city’s competitive advantage and ability to capture the job-generating companies looking to expand here.”

“We’re confident that this effort will further establish the property on the national stage as a vibrant innovation hub,” said Kathe Chase, director of leasing at Industry City.

“The culture of Industry City – driven by its diverse range of creative and innovative tenants, as well as the ownership’s emphasis on place-making – is what makes the property unlike any other place in New York City,” said David Falk, President of the New York Tri-State Region at NGKF.

“That authentic Brooklyn culture, combined with the property’s incredible space makes Industry City a major contender with the country’s top companies looking to enter and expand within the Brooklyn market.”

Located one block from the D, N and R trains at 36th Street and proximity to more than ten bus lines, Industry City also offers tenants superior accessibility, with a 20-minute commute time to downtown Manhattan, and within 30 minutes of key business and residential neighborhoods throughout Brooklyn.

Under the new ownership led by Belvedere Capital and Jamestown, Industry City has leased more than two million square feet of space, including over one million square feet to manufacturers, and has more than doubled employment to 4,100 jobs since the transformation of the site into an innovation economy hub was launched in August 2013.

Notable tenant acquisitions include Time Inc., which moved 300 employees from their Technology, Content Solutions and Editorial Innovation departments into a 55,000 s/f space at the property in December 2015, and Suneris, a fast-growing biotech startup that is currently in the process of expanding into 35,000 s/f of space at the complex.

The recent leasing activity follows a series of announcements that includes the $1 billion redevelopment plan for the property, WiredScore Certification for 10 Industry City buildings and the opening of an on-site employment center.

Mayor’s office should stick to original plan for cutting emissions