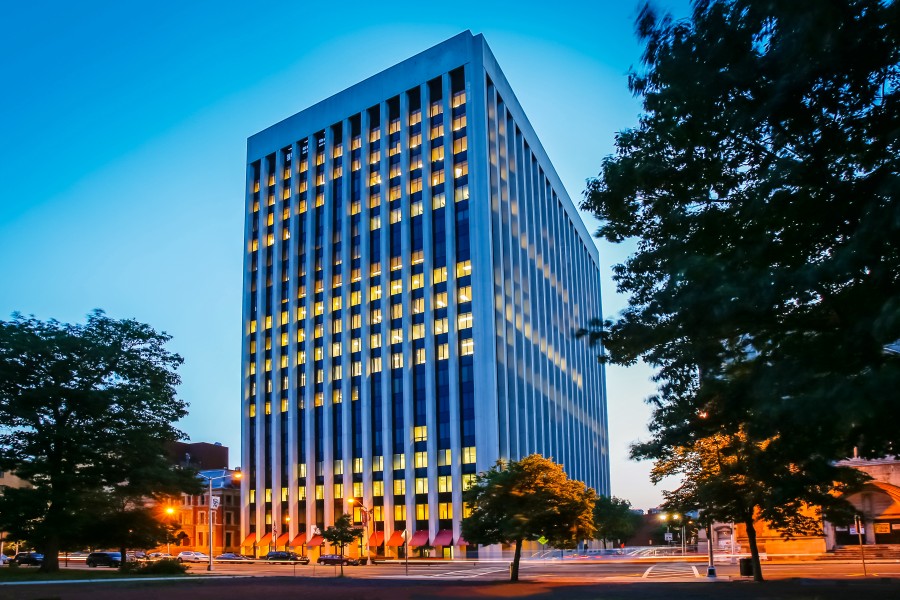 The Durst Organization has acquired a slice of the Philadelphia waterfront for just over $21 million, according to sources.

The purchase of the Philadelphia Piers at Penn’s Landings is Durst’s first purchase outside of New York.

Alexander Durst, chief development officer of The Durst Organization, said, “This purchase reflects our bullish thinking on Philadelphia and the long-term possibilities that we see for the development of the city as a whole.”

The deal spans Piers 12, 13-15, 19 and 24 and the Durst Organization sees the site as a long-term hold with significant potential, but has no immediate plans for development.

The Mayor’s proposal opens up the waterfront, particularly near the Piers at Penn’s Landing site, which contains a Dave & Busters, a Hibachi Japanese Steakhouse, a Morgan’s Pier Beer Garden, a DLC Management Parking Facility and the Philadelphia Marine Center marina.

Berger Organization, a real estate company based in Newark, NJ, has closed on its acquisition of 33 Washington Street, a 450,000 s/f, 18-story office tower located in downtown Newark.

The property was built for Horizon Blue Cross/Blue Shield and is now multi-tenanted by leading companies.

The property was marketed by Holliday Fenoglio Fowler, LP (HFF) on behalf of the seller, LNR Property, a subsidiary of Starwood Property Trust. Located on 1.6 acres across the street from Washington Park, at the northern end of the city’s central business district, the building is in the James Street Commons Historic District, which is on the National Register of Historic Places.

It is surrounded by landmarks such as the Newark Museum, John Ballantine House and Newark Public Library, and is two blocks from the Newark Broad Street commuter light rail and a half a mile from Newark Penn Station.

“We are excited to add this iconic building to our portfolio,” said Miles Berger, chairman and CEO of Berger Organization.

“The demand for high-quality office space in the city continues to grow and 33 Washington’s excellent location and amenities make it a highly attractive address.”

The tower, which was completed in 1970, features a fitness center, shared conference rooms, on-site parking, and impressive granite lobby and views of the Manhattan skyline. Berger Organization, which owns and operates the Robert Treat Hotel & Conference Center in Newark, is also in the the process of redeveloping the historic St. Francis Hotel into a 102-room TRYP by Wyndham hotel.

The 1930s-era property, which operated for 50 years as the Carlton Hotel, is anticipated to open in September 2017 as one of the first TRYP properties in the US, a select-service urban hotel brand popular in Europe.

The long-time LIC owner and investor just closed on the $27.1 million purchase of 30-10 41st Avenue, an existing 65,000 s/f office building at the intersection of Northern Blvd. and 41st  Avenue.

LargaVista owns the adjacent building at 29-42 Northern Blvd. and according to COO Adam Good, , “We are looking at many options with respect to the repositioning of this asset.

“We not only want to enhance the desirability of this building for commercial tenants, but also activate the base of the building and provide a unique amenity for the surrounding area.”

Marcello Porcelli, CEO of LargaVista Companies, added, “We love the LIC market. It continues to evolve as a center for creative thinking, artistic expression and an ideal place to live and work. We think more and more companies want to feed off that energy and base their operations here.”

Financing for the deal was provided by TriState Capital Bank. John Reinertson and Joshua Kleinberg from CBRE represented seller Leon Kassabian, who had owned the property since 1996.

“Meridian’s close relationship with both the buyer and the seller allowed for us to complete this transaction in less than two weeks,” said Steinmetz.

The asking price is $12.2 million for the property, which was originally built in 1886 for a member of the Lehman family.

Ronda Rogovin, senior director and principal, and Chad Sinsheimer, senior director, are the exclusive brokers for the five-story, 20-foot-wide, 7,700- s/f townhouse, which is currently configured as a two-family home with two terraces and a landscaped garden.

Gary Meese, Senior Director, Financial Services, is the analyst for the transaction.

Sinsheimer added, “This townhouse is especially attractive because it will be delivered vacant at closing, which will give a user or investor the option of easily redeveloping it as a single family residence or maintaining it as a two-unit townhouse.”

New York-based Troutbrook/Freud Builders has set its sights on the Miami market with two recent land deals valued at $19 million.

Troutbrook Miami Development, a subsidiary of Freud Builders of NYC, has entered into an unconditional contract and has closed on two land parcels in , one in Wynwood and one in Allapattah-Jackson Memorial Health District.

Remax Florida brokered the sale of the sites, the larger of which is  1490 NW 20th Street in Wynwood,  a 40,000 s/f parcel zoned for mixed use development. Troutbrook is presently engaging broker participation for this project , with no retail or office broker having been selected.

The company anticipates a staged ground up development, initially 50,000 s/f of combined new development, and depending on financing, entering into a JV with Smith Henzy housing developer for an additional 80,000 s/f of residential, for a combined 120,000 s/f. Troutbrook is actively soliciting tenants for both sites.

Chariff Realty of Miami will be charged with leasing the Wynwood development upon completion.

Marc J. Freud, a principal of Troutbrook Miami Development, commented: “It’s an exciting time to be developing in Miami and the projects are being executed thoughtfully, recognizing that the lease up could take more time due to challenges in the retail and residential overall Miami marketplace.”

Freud is more optimistic about the office market as he believes tenants are being displaced in the Downtown Miami marketplace due to escalating rents and a lack of available office space alternatives.

Investor wakes up to bedroom community

Avanath purchased the property from a repeat private seller for $19.3 million. Dmitry Gourkine of CBRE Affordable Housing represented both the buyer and the seller.

Avanath secured a $13 million loan from Fannie Mae to finance the acquisition. The ten year-loan was structured with a loan-to-value of 67 percent.

“As rents continue to soar throughout major metropolitan areas such as New York City, many renters are being priced out of urban cores and are migrating to the suburbs,” explained John Williams, president of Avanath.

Prism Capital Partners and an institutional partner have sold the landmark, 380,000 s/f BroadAcres Office Park in Bloomfield, NJ, to P3RE.

The four-building, 20-acre property is located along the Garden State Parkway.

Prism, which is headquartered onsite at 200 Broadacres Drive, will continue as BroadAcres Office Parks’ exclusive leasing and onsite managing agent on behalf of P3RE.

Bill Manley, CEO and CIO of Calare, said, “Knowing there is a lack of high quality high-bay space in this market, we were confident this investment would prove profitable. We’re pleased to deliver this site to the buyer with a premiere long-term tenant in place.”