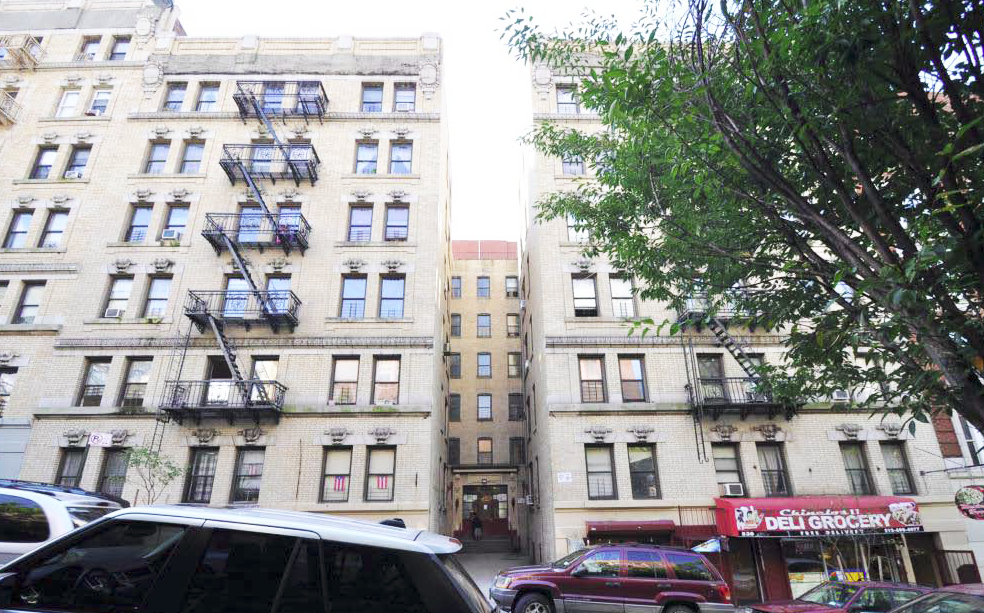 Howard Hershkovich, a private investor from Brooklyn, purchased the property as part of a 1031 exchange.

100 Plaza Drive is is 100 percent leased and 93 percent anchored by leading global tenants including NBA Entertainment and Scholastic.

Dunne commented: “The sale of 100 Plaza drive represents the 7th office or retail transaction in Harmon Meadow over the last three years, totaling more than $350 million of capital investment in the complex by major institutional investors.

“The significant interest in Harmon Meadow demonstrates the continued demand for high quality, mixed-use environments with access to mass transit and proximity to major metropolitan areas, as this has become integral in both attracting and retaining talented employees.”

According to the Real Deal, Hershkovich, along with partner Jordan Wexler, sold the retail portion of Williamsburg’s Mill Building for nearly $42 million, triple what they paid for it in 2014.

Former ownership was comprised of a group of doctors who practiced in the building.

Upon sale, they have inked a long-term leaseback for their existing space.

“The sale and long term lease back allowed the doctors to monetize their building while allowing them the opportunity to continue practicing medicine in their current spaces,” said Levine.

“There were multiple buyers competing for this asset given the first class level of doctors practicing in the building.”

The building sits in the heart of New York’s major medical center while in the midst of a surging healthcare market. New York Presbyterian Hospital and Weill Cornell Medical College, among many others, are located within blocks of the property.

A family-owned Manhattan Heights apartment building has been sold for $14.5 million.

Steeplechase Design was the buyer.

“The previous owners took great care of the building. The apartments were huge making it a possible condo play somewhere in the future” said Glenn Raff, a managing partner at Alpha who handled the sale with partner Lev Mavashev. Alpha’s Scott Schwartz represented the buyer.

The deal achieved a $349 psf and a 3.5 percentcap rate. The six-story elevator building consistsof 37 apartments and a ground floor retail space occupied by a deli. The 41,520 s/f building has a mix of two, three and four bedroom units.

“The property generated immense interest. It was especially attractive due to the long-term ownership. Buyers picked up a rare asset with a strong value-added component,” said Mavashev.

Buyer planning to get creative with Sunset Park loft building

Berko & Associates has closed on the sale of two connected four-story, loft office buildings located at 201-209 46th Street on the corner of 2nd Avenue in the Sunset Park section of Brooklyn.

The property sold for $15.5 million, at $290 psf above grade, a record for the area, suggesting a still-healthy appetite within Brooklyn’s investment sales market.

Agustin Peña, a director at Berko & Associates, and sales associate Lenny Borshch represented both the buyer and the seller, who plans on repositioning the building into a loft office, catering to the new demographic of professionals seeking creative space outside of the traditional Manhattan office market.

In the largest deal, a 60-unit property at 400 Passais Avenue in East Newark sold for $18.5 million.

Built in 2013, the four-story property, known as St. George Harrison Apartments – is one of the borough’s newest luxury apartment-rental communities.

“East Newark is one of Hudson County’s best-kept secrets. It is a close-knit community near everything a commuting professional seeks, from shopping and dining to walkable public transit,” said Nicholas Nicolaou, senior vice president and the firm’s Hudson County market specialist.

“The St. George Apartments is representative of the wave of new inventory that is being introduced into Hudson County and the positive rippling effect it is having on existing product.”

In Jersey City, Nicolaou also closed four separate transactions. He represented the seller and procured the buyer in the $7.2 million sale of 53 units at 590 and 639 Bergen Ave.

In Union City, Nicolaou orchestrated the $3.15 million trade of 35 units at 508 Monastery Pl.

Added Nicolaou, “Completion of new product, which is pulling rents up regardless of property class and year built, bodes well for all properties across the board.”