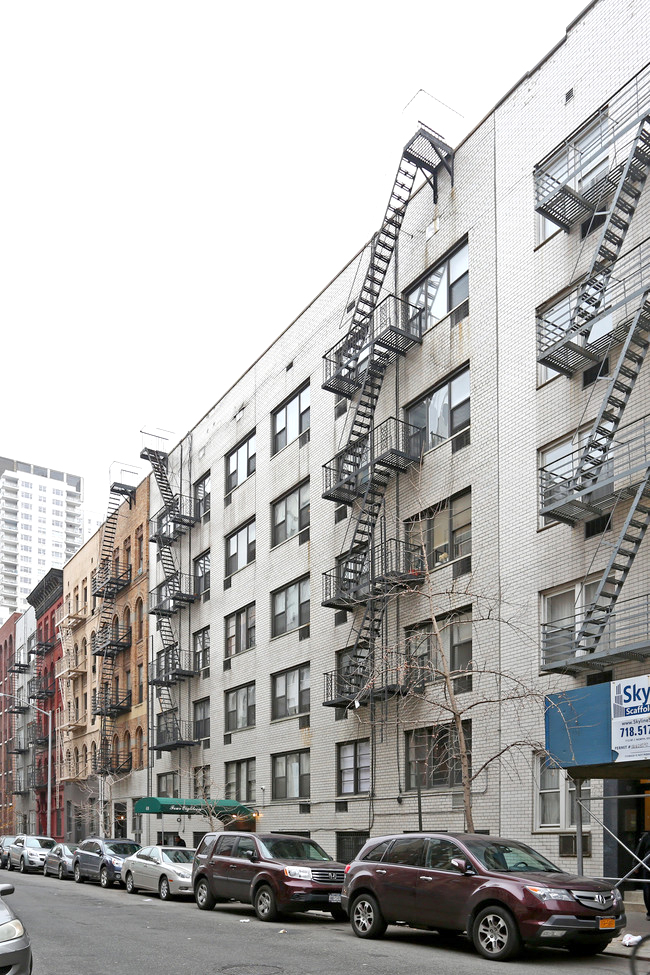 Adelaide Polsinelli, vice chair of Compass and the newly launched investment sales division, along with Trystan Polsinelli, have been hired to exclusively market The Royal Court, at 258 West 97th Street.

The building is located right off the corner of Broadway and one block from the 96th Street subway station.

258 West 97th Street is a seven-story, pre-war residential building with 50 feet of frontage and light and air on three sides.

The property consists of 93 units, of which 75 units will be delivered vacant. It has an additional 24,000 s/f of development rights, presenting investors, developers and users with an opportunity to reposition the asset.

“This is such a convenient location, which is steps away from all that the upper west side has to offer.”

“Transportation, shopping and entertainment are right outside the door,“ noted Trystan Polsinelli. “Columbia University is within walking distance, as are many cultural venues and Riverside Park.”

JLL Capital Markets experts have been chosen to sell a portfolio of multifamily properties on the Upper West Side.

Located at 17 West 82nd Street, 124 West 73rd Street, 124 West 78th Street and 203 West 80th Street, the buildings contain a total of 37 residential units and will be marketed separately, or as a full portfolio with an aggregate asking price of $25.045 million.

“All four properties have been owned and managed by the same family for multiple generations, and they are being offered for sale for the first time in nearly 50 years,” said Oster.

“The McDonnell Portfolio represents a rare opportunity to acquire a series of superbly located properties on some of the most sought-after blocks on the Upper West Side. The portfolio will appeal to investors seeking to add quality real estate to their legacy portfolios as well as those seeking fundamentally sound conversion opportunities.”

All of the buildings feature tax class 2B status and combine for 12,319 s/f of additional air-rights within the Upper West Side/Central Park West Historic District.

17 West 82nd Street is a five-story townhouse totaling 8,099 s/f, with eight apartments. Six are free market and two are rent controlled. The 23 ft. wide building has a series of roof decks along with a large garden.

124 West 78th Street is a five-story townhouse totaling 5,630 s/f with 10 apartments. One unit is vacant, eight are free market and one is rent stabilized. The building also has a three-story extension, penthouse additions and basement duplexes combining for seven floors of rentable space, a basement office and a roof terrace.

The Tri-State Investment Sales Group for Avison Young has been named exclusive agent for the sale of the ownership shares in a commercial real estate portfolio comprised of 12 mixed-use and multi-family properties located on the Upper East Side.

The asking price for the ownership shares in the portfolio is $100 million.

The properties are comprised of 261 residential units and two retail units spanning over 150,231 gross square feet.

There are 102 studio units, 131 one-bedroom units, 25 two-bedroom units and three are three-bedroom units. Of the 261 residential units, 172 are free-market, 71 are rent-stabilized and 18 are rent-controlled.

“Twenty percent of the apartments are also currently vacant which makes this an immediate value-add opportunity for its new owners with the opportunity to increase rents as well as room counts through renovations.”

The properties are all in close proximity of each other with transportation options nearby.

In a joint statement, Himmel + Meringoff co-managing partners, Stephen J. Meringoff and Leslie Himmel commented: “This deal represents the launch of a new active acquisition program for H+M. “With a deep war chest of cash accumulated through several years of successful refinancings, we are planning to grow our exposure to the outer boroughs by investing in properties where we can add value as we have proven time and again throughout Manhattan but also in Long Island City where we have owned mixed-use/industrial properties dating back over 30 years.”

“In this case, we intend to take advantage of increased local market demand for distribution facilities.”

The new ownership anticipates making improvements to the property to take advantage of its location at the crossroads of New York City, Long Island, Connecticut and New Jersey.

Pinnacle Realty represented the seller in this transaction.

Cushman & Wakefield has closed on the $16 million off-market trade of 2115 Linwood Ave. in Fort Lee.

The firm’s David Sherman, executive managing director, headed the team representing Cross River in its purchase of the 70,000 s/f, Class A property from Mack-Cali.

Supported by a Grow NJ grant, Cross River will relocate 200 employees from the bank’s current Fort Lee headquarters to the new site, with plans to add more than 250 new jobs.

The company initially will occupy approximately 36,447 s/f at 2115 Linwood Ave. and will take on additional space in the five-story building as its employee base grows.

Cross River considered a competing location in Orangeburg, N.Y. Sherman, who spearheaded the site search and negotiation with Marc Trevisan, executive managing director, said, “Ultimately, the company wanted to stay in Fort Lee where it was founded and where it has thrived.

“The company’s willingness to part with this trophy asset created an outstanding opportunity for our client.”

Storage Deluxe, a Manhattan-based owner and developer, has acquired 74 Bogart Street in Bushwick, Brooklyn, for $45.5 million.

The new facility will be managed by CubeSmart and is scheduled to open in fall 2021.

The deal was led by Storage Deluxe president and co-founder Steve Novenstein and the company’s director of acquisitions and leasing, Daniel Alvarez.

Novenstein commented, “We look forward to offering convenient storage options for the growing Bushwick community. Storage is especially important for small businesses, and we expect approximately 40% of our customers will come from this sector.”

This represents Storage Deluxe’s fifth acquisition over the last 12 months, adding to its development pipeline which now totals 11 projects and 1.5 million square feet.

The seller was Gillette, a New Jersey development firm that started construction on the 86,000 s/f age-restricted housing project on Kennedy Drive that sits on almost five acres.

Known as Gillette Towers, the first 80-unit building at 100 Kennedy Drive, recently completed construction and is now being leased. AMS plans to break ground on the second 56-unit building later this spring.

“Senior living communities for those 55 and up are in high demand in this greater area of Jersey,” said AMS acquisitions director Ari Mitnick. “Sayreville has easy access to major highways, great shopping and retail.”

The two elevator buildings will share amenities that include a fitness center, library and community room and tenant storage in each building, along with two outdoor gazebos, bocce ball and shuffle board courts and outdoor parking with 136 spots.

AMS closed on the deal with equity and a bridge loan from Castellan Real Estate Partners.

Redwood Advisors Jeremy Wernick represented both AMS and Gillette in the sale.