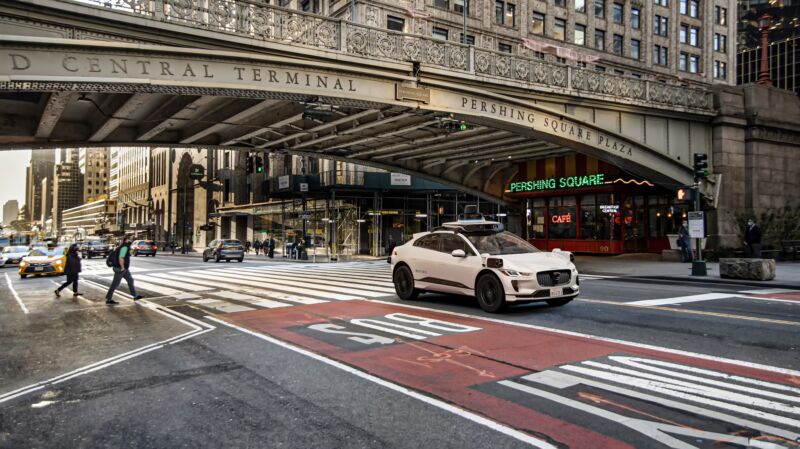 Alphabet’s self-driving car division Waymo has begun mapping the city as it moves towards a future of electric and autonomous vehicles.

“I’m excited to welcome Waymo to New York so that one day we can have safe autonomous technology on our streets.”

Tech:NYC Executive Director Julie Samuels added: “The more information we gather about the way our city moves, the closer we get to creating a more efficient, sustainable, and safe mobility network. Tech:NYC is excited to welcome Waymo to New York to help us learn how our streets — from bike and bus lanes to highways and walkways — really work.”

New Yorkers will see Waymo vehicles driving in Manhattan, primarily south of Central Park and down through the city to the Financial District and also out to a small section of New Jersey through the Lincoln Tunnel.

Specialist Waymo teams are manually driving five hybrid Chrysler Pacificas on the street during daylight. Later, they will manually drive several of the company’s zero-emission Jaguar I-PACEs equipped with the latest technology on the same streets in Manhattan,.

“The insights we’ll gain will help the Waymo Driver improve its ability to perceive and predict the actions of other road users in dense urban areas,” said the company in a statement.

Waymo said its vehicles have been designed to handle these types of activities that define city driving but stressed the vehicles will be manually operated by autonomous specialists at all times, to help scale and advance its technology in support of our mission to make roads safer.

The company added, “The heavy rain and dense snowfall that we expect to encounter will build on the driving we’ve completed to date in the snow and rain, giving us more opportunities to assess the way our sensors perform in wet, cold conditions beyond our data augmentation and simulation testing.”

Jose Hernandez, Advocacy Coordinator and President of United Spinal Association’s New York City Chapter said: “We appreciate Waymo‘s commitment to strengthening access to autonomous vehicles for the masses, including individuals with disabilities. These are the first steps in bringing New York City into the future of transportation that we can all utilize.

“We are grateful for their support in our shared belief in improving mobility for more people and making it safer and easier to get people and things where they are going.

Waymo is the only company currently operating a public car-hailing service with nobody behind the wheel. Its main service area is Chandler, Arizona, a flat suburb of Phoenix.

The company recently expanded to San Francisco, where it is now running a ride-hailing service for the public under an NDA-constrained “Trusted Tester” program with a safety driver behind the wheel.

Waymo’s New York City testing doesn’t mean the company will offer a self-driving service there soon. Waymo says it has “tested in dozens of cities spanning a diverse range of climates and topographies,” but it still only offers ride-hailing in small areas in San Francisco and Chandler.