The Shopping Center Group has scooped up experienced retail broker Kelly Gedinsky to help build its push into landlord representation. 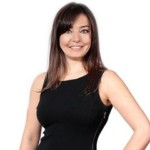 As a senior director for Winick, Gedinsky represented some of the city’s largest retail property owners on nearly a million square feet of leases. The 12-year veteran will join SCG as a senior associate, according to an announcement from the firm’s retail division.

“I was really looking for a career change after being at the same company for 12 years,” Gedinsky said. “SCG just provided me with a lot of exposure and access to information and analytics while also having a feel of a small boutique firm.”

Historically a tenant-focused brokerage, SCG Retail will expand into the landlord representation side, David Firestein, the group’s managing partner, said.

As a native New Yorker, Gedinsky said she has been able to understand how different locations translated to tenant success.

She established herself as a force in the industry early in her career, landing on several rising-star lists. Her first assignment at Winick was the 400,000 s/f Columbus Square development in the Upper West Side. Her other clients include The Chetrit Group, CB Developers and The Moinian Group.

“Being immersed in a new construction project on day one provided an education into retailer’s needs regarding store layout, engineering and infrastructure, all of which were not typically addressed in Manhattan retail leases,” Gedinsky said.

For her first few assignments, Gedinsky is already working on repping the landlords of 326 Bleecker Street and 125 Chambers Street, both of which had their tenants recently close their doors.

Jeff Pandolfo, SCG Retail’s head of leasing, said she’ll be a great addition to the company’s strategy of exclusive representation with many Manhattan landlords and big developments like Industry City in Brooklyn and Tangram in Flushing, Queens. Sam Latone, president and CEO of SCG, said their retail business in the city has grown tremendously due to attracting talented brokers like Gedinsky.

“I joined SCG because they not only have a great reputation of delivering for tenants, but because of the tremendous amount of growth opportunity on the landlord’s side of the business,” Gedinsky said.

“Separately, I wanted to be a part of a company that has national and international relationships with the ability to provide boutique personal services.”