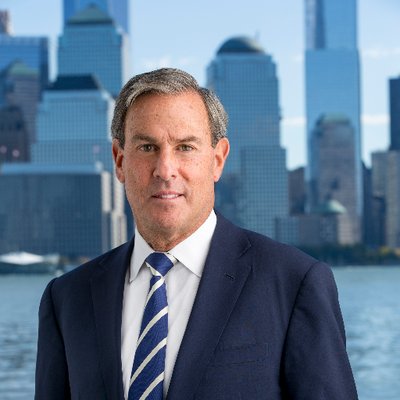 Mitchell Rudin will replace Michael Colacino as the president of Savills Studley on January 1 of next year after the long-time executive steps down to launch his own technology company.

Rudin, who served as the vice chairman and chief executive of Mack-Cali Realty Corporation since 2015, will join Savills Studley CEO Mitchell Steir at the helm of the British-American real estate firm.

Colacino will step down from his post at the end of this year, ending a 27-year run Savills Studley. He plans to start a software company focused on proptech.

During his tenure at Mack-Cali, Rudin spearheaded an effort to diversify the REIT’s portfolio, shedding low-performing suburban office holdings and scooping up multifamily assets. Steir threw his full support behind his soon-to-be number two.

“I am confident that, in Mitch Rudin, we have found the best possible candidate to replace Michael as President,” he said in a statement. “Over the course of his remarkable career, Mitch has expertly guided some of the country’s leading real estate service and development firms through periods of rapid growth and dramatic transformation.

“We have no doubt that he will usher in a similar era of progress and accomplishment at Savills Studley.”

Rudin plans to draw from his experience CBRE days, when he helped lead a national expansion for the full-service firm. He also plans to take advantage of the technological innovations ushered in by his predecessor.

“I am thrilled to join the talented team at Savills Studley at this exciting stage in its evolution,” he said in a statement. “Over the years, the firm has invested heavily in forward-thinking technology and has strengthened its professional teams both in the C-suite and across the country.”

Hired by Studley in 1991, Colacino played a key role in the firm’s merger with London-based Savills in 2014. He also helped orchestrate the firm’s expansion throughout the U.S., Canada as well as right here in New York, where the staff has more than doubled since he took the presidency in 2002.

A former systems designer, Colacino plans to return to his roots by building up his own real estate technology firm.

“I’ve spent the last thirty years advocating for the application of software and analytics to real estate,” he said in a statement. “It is exciting to see those ideas acquiring enormous momentum in the industry. I am eager to combine my background in software with my experience managing broker operations to change and improve our industry.”