BRG is exclusively marketing 401 5th Avenue in Park Slope, a corner mixed use building priced at $3,750,000. The 4,960 s/f property contains 4 apartments and 2 stores. Justin Zeitchik is handling the assignment. 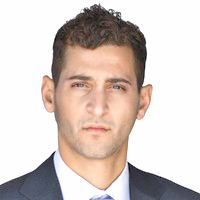 Cushman & Wakefield has been retained on an exclusive basis to arrange the sale of 22 condominium units within Gateway Condominiums at 257 Central Avenue in White Plains. The asking price for the bulk package of condominium units is $7,950,000. A team led by Vice Chairman Thomas A. Donovan, with Directors Tommy Lin, Eugene Kim and Robert Rappa, will represent the seller. Gateway Condominiums is a 4-story, 30-unit, elevator serviced luxury apartment building with on-site parking, a gym, picnic area and children’s playground. The bulk package for sale includes 22 free market 2-bedroom, 2-bath units with a terrace totaling 27,751 s/f, of which two of the units are duplex apartments and all but one are currently occupied. Each unit features a gas fireplace and washer/dryer. The property is located on the south side of Central Avenue right off the Bronx River Parkway and Cross Westchester Expressway and a half-mile walk to the White Plains train station.

• Brett A. Sherman, CCIM, Senior Vice President of Angel Commercial, announced the sale of an 18,500 s/f office/flex building at 507 Westport Avenue in Norwalk, CT. The buyer will be putting substantial capital improvements into the bui The property is located on the Westport/Norwalk line and is easily accessible from I-95, Route 7 and the Merritt Parkway.
A freestanding flex building located at 111 Research Drive in Stratford, CT, sold for $1,045,000. Jon Angel, President of Angel Commercial, represented the seller. The property consists of a 10,216 s/f building with one loading dock on 0.67 acres. The current tenant, Kubtec Digital X-Ray, purchased the property from 111 Research Drive Associates, LLC.

Colliers International NJ arranged the partial sale-leaseback of 1 Corporate Place South in Piscataway, a multi-tenant office asset located just west of the New Jersey Turnpike. A private NJ based investor purchased the 88,780 s/f office asset, situated on a 5.5-acre site from Princeton Equities, LLC for $10 million. Jacklene Chesler, Patrick Norris, Matthew Brown and Angelo Vitale headed the assignment. Built in 1981, 1 Corporate Place South was upgraded in 1997. The property — situated within the Corporate Park 287 office park that includes large corporate users such as Siemens AG, Nomura Securities, Barclays, and Verizon — is 100 percent occupied by four tenants including Marlabs, an owner/user technology firm that is the anchor tenant in the property. 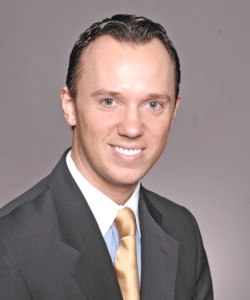 • 621 West 55th Street, a two-story warehouse with a curb cut on the north side of 55th Street between eleventh and twelfth avenue, John J. Stewart, James O’Leary and Nicholas Biedron of Marcus & Millichap’s Manhattan office, represented the seller, a private investor, and procured the buyer, also a private investor. As-of-right, the site has over 15,000 developable square feet. The building was delivered vacant and had been vacant for over a year. The property sold for an above market price because of its favorable M1-5 zoning, curb-cut and its ability to be developed right away. The property measures 30 feet by 100 feet with approximately 5,996 s/f.

Besen & Associates announced the sale of two adjacent retail properties on Queens Boulevard in the Briarwood neighborhood of Queens for a combined value of $8,800,000. The properties were sold in two separate transactions to two different purchasers.
• 138-11 Queens Boulevard is a 2,200 s/f single-story retail building with three fully occupied stores. It sits on a 40 by 100 ft. lot and offers an additional 10,000 s/f of air rights. The sale price equates to $1,136 per square foot, and a 3.6% capitalization rate. The property was sold for $2,500,000 by Niko Berdzeni. 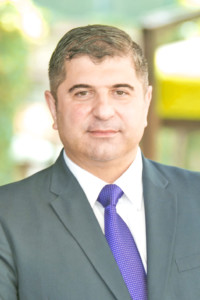 Highcap Group co-founder and principal Josh Goldflam, along with Senior Director Jeff Weiss, arranged the sale of 963-969 Wyckoff Avenue, Ridgewood, Queens, for $3,000,000. The long-term seller was the Romero Family, and the buyer was ABCNY Development. The property is situated on the northwest corner of Wyckoff Avenue and Center Street, one block from the L subway station at Halsey Street. The location lies directly on the border of Ridgewood and Bushwick in Brooklyn. The seller operated the site as a parking garage facility. It was delivered in its current condition occupied by tenants, and will be redeveloped in the future by the new owner. The 7,780 s/f lot measures 75 by 140 ft. with elongated curb cuts. Zoning allows for residential or commercial development with a base FAR of 1.65, and up to 6.5 for community facility use. This allows a developer to build between 23,538 and 76,499 s/f for community facility use.

Hirshmark Capital, through an affiliate entity, announced the purchase of a multifamily property in the Bedford Stuyvesant neighborhood of Brooklyn. 498 Putnam Avenue is a 4-story brick building, that is 9,200 s/f. The property is a few blocks from Fulton Street and the A and C trains. Hirshmark purchased the asset, at a going in sub 3% capitalization rate, with 4 vacant units and 4 rent-stabilized units. The transaction was negotiated by Hirshmark’s Michael Fuller.

The Manhattes Group announced the closing of 65-75 Traffic Avenue, a 52,000 s/f vacant industrial building in Ridgewood, Queens. The property was acquired by YYY Realty Company. Alan Shmaruk and Michael Sherman of The Manhattes Group represented the seller. The Purchaser is a user and acquired the property as a warehouse for its kitchen and restaurant equipment company. The property sold for $9,500,000.

Houlihan & O’Malley Real Estate Services announced the sale of 6125 Broadway and 2537 Valentine Avenue, Bronx, New York.
• 6125 Broadway is a 6-story walkup apartment building with 30 units. It sold for $4,500,000, which was 16 times the rent roll.
• 2537 Valentine Avenue is also a 6-story walkup with 52 units. It sold for $6,800,000, which was also 16 times the rent roll. The rents were below average in both buildings.
Dan and Gerry Houlihan with Houlihan & O’Malley represented the sellers. James J. P. Manning with Manning and Russo Law, was the attorney for the sellers. Niam Bairaktari was the attorney for the buyers.

• A 45,000 s/f industrial/flex building at 475 Mola Boulevard in Elmwood Park, Jeff DeMagistris, SIOR, Tom Vetter, SIOR, and Tom Ryan represented the seller, 475 Boulevard, LLC, in the sale to Millstein Acquisitions. The property offers 7,000 s/f of office space, six loading docks, one drive-in and 165 parking spaces. Achieve 24 Fitness currently operates 13,000 s/f of the building as a fitness center. The buyer plans to divide the remaining vacant space in the building into two 5,000 s/f units and one 23,000 s/f unit.
• A 3,112 s/f office condo at 63 Grand Avenue in River Edge, NJ. Darren Lizzack, MSRE, Randy Horning, MSRE, and Michael Guerra represented the buyer, Dr. Dan S. Landmann, and Joe Tormen of Lee & Associates represented the seller, 63 Grand Ave, LLC in the transaction. 63 Grand Avenue is a three-story, 10,000 s/f office building.
• A 3,321 s/f retail building at 491 Grand Avenue in Englewood, NJ. b represented the seller, 491 Grand Ave. LLC, in the sale to NWR Realty Corp. Currently unoccupied, the two-story building features two retail storefronts and a two-bedroom apartment on the second floor. The buyer plans on converting the retail space into offices for his business.