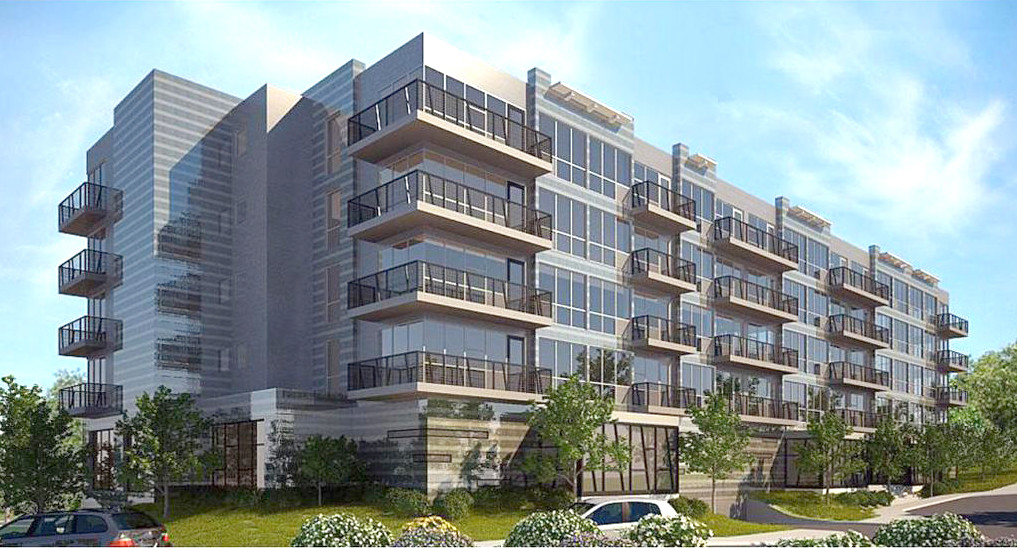 A Westchester apartment portfolio has traded for $45 million.

The sale prices represents $433,000 per unit. All three assets were constructed in 2015 in downtown White Plains.

The properties are The Dylan, a four-story apartment building at 42 Waller Avenue; La Gianna, a five-story property at 10 Dekalb Avenue and; The Reed, a three-story building at 115 N Broadway.

The asset is a 66-acre corporate campus composed of two properties, one a Class A office building and the other a series of Class B and C office buildings slated for redevelopment.

The seller was the previous occupant, Johnson & Johnson.

Given its age, the buyers believe the highest and best use is to demolish the existing structure and redevelop the site.
The corporate campus is situated within walking distance of the Morris Plains Train Station and 10 minutes from the intersection of Interstates 287 and 80, with immediate access to Routes 202 and 10.

“Our joint venture viewed this as an opportunity to acquire a vacant high-quality asset in 185 Tabor Road at an attractive basis well below replacement cost,” said Ryan Dodge, Vice President with PCCP.

“We also see further upside through a redevelopment/rezoning opportunity in 201 Tabor Road, which, once repositioned, we believe that we will see strong interest from local market occupiers.”

NKF Capital Markets has been retained as the exclusive agent for the sale of 384 Fifth Avenue, an eight-story office building in midtown.

384 Fifth Avenue is 32,000 s/f with total FAR measuring 53,745 s/f. According to the brokers, it has received significant upgrades to its infrastructure including a new elevator and an updated fire safety system.

The building can be vacated so the new owner can occupy the property, redevelop the existing building or demolish and build to the lot’s full potential, said Davidson.

“384 Fifth Avenue has tremendous potential given its prime location and proximity to numerous lines of transportation,” added Davidson.

“This building is a cornerstone in Midtown and has boundless opportunity to generate significant business and retail opportunities to the area.”

The property is near the Empire State Building, within walking distance of both Penn Station and Grand Central Terminal, in addition to countless subway lines.

The space will serve as an alumni and information center in New York City. Adult graduate programs and executive offices will also be housed here.

The Class-A commercial condominium sits at the corner of Fifth Avenue and East 38th Street near Bryant Park in the heart of Midtown’s commuter triangle of Grand Central Terminal, Penn Station and the Port Authority.

“This will be an amazingly convenient Manhattan outpost for Marist, a renowned educational institution,” said Zelner.
“It will serve as a gathering place for the school’s large alumni and graduate student contingent in the city.”

Marist College will take occupancy of the new space in December of 2018. The seller was A.M. Property Holding Corp.

Israeli developer Minrav Development has closed on its purchase of the Turtle Bay Music School building at 242 East 52nd Street.

According to public records, the sale closed at $11 million.

The school has called the 13,000 s/f building home for many years. According to Crains, which first reported the deal, it plans to use profits from the sale to purchase a commercial condo to continue operations

Built in 1900, the building is four-stories divided into classrooms.

The National Academy of Design has sold an Upper East Side townhouse for $25 million, according to city records.

The 15,000 s/f building at 1083 Fifth Avenue was purchased by an LLC called Ogden Codman, a reference to the architect who re-designed the property.

Corcoran agent Carrie Change represented the Academy in the sale of the six-story, five bedroom townhouse.

The property was originally part of a bigger portfolio the Academy hoped to sell as part of a cost-cutting.

BANKS: Domino Park design is a roadmap for waterfront revitalization