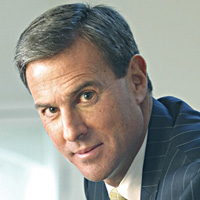 Brookfield Office Properties is parting ways with the CEO of its commercial operations, Mitch Rudin.

“With the consolidation of Brookfield Office Properties into Brookfield Property Partners, and the near completion of the re-development and re-leasing of Brookfield Place, Mitch Rudin’s capabilities would not be fully utilized going forward.  Regrettably, we announce that Mitch will be leaving the company at the end of June,” the company said in a statement.

Brookfield didn’t give a reason for the exit, and didn’t specify whether Rudin was sacked or chose to leave.

Mitch Rudin joined Brookfield in 2011 after a successful stint as tri-state head of commercial brokerage CBRE. During his three years at the company, Rudin oversaw the expansion of the World Financial Center and its renaming to Brookfield Place, and began construction at its large mixed-use project Manhattan West.

“Every year during his tenure, the US division of Brookfield Office Properties exceeded operational targets and prospered,” Brookfield’s statement read.

“Mitch was instrumental in our success at Brookfield Place and has played a key role in transactions and relationship building across our US markets.  Most importantly, he was critical in elevating the Brookfield brand through the programs that he initiated.”

“We thank Mitch for his many contributions to Brookfield Office Properties and wish him well as he begins the next phase of his career.”