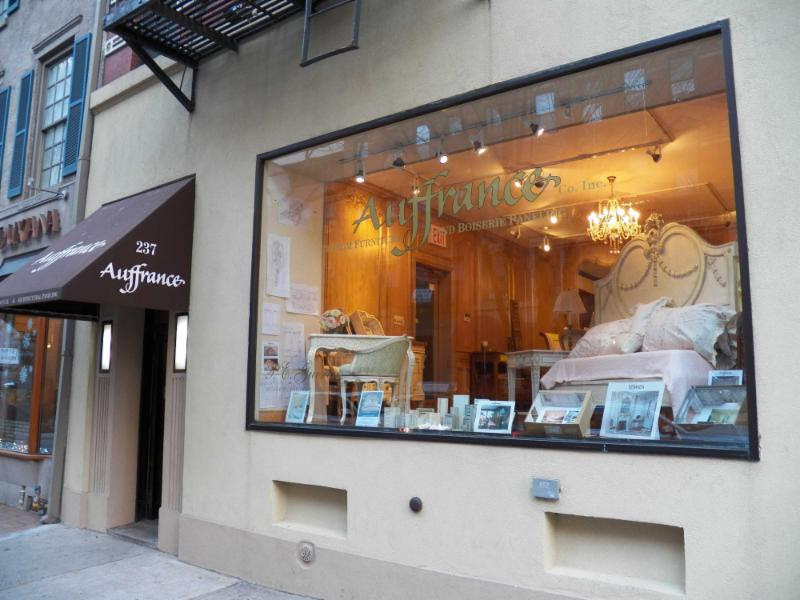 Retail: Hole in the Wall Coffee expands, Apothecary deal adds up for Lee

Hole in the Wall Coffee expands

Hole in the Wall Coffee, an Australian-run coffee joint, signed a lease to open its second location in Manhattan as part of a planned New York City expansion in 2017.

The brand, which is also located at 420 Fifth Avenue, will open its flagship café at the base of 15 Cliff Street, a 156-unit residential building in Downtown Manhattan. The 941 s/f store front is slated to open in December and will serve coffee, lunch and dinner.

in the local wine and liquor shop renewed its store front lease at 326 Third Avenue, between East 19th and 20th Streets.

The store has become fixture in the neighborhood for its vast selection of wine, beer and liquor.

Apothecary deal adds up for Lee

The former home of Bedford Cheese Shop, on the corner of North 4th Street, asking rent of $480 psf is the highest in Brooklyn’s history.

The tenant, which is known for its extensive selection of high-end skincare and cosmetics products, has taken immediate occupancy of the space, which offers 750 s/f at grade level and a 600 s/f basement. Neighboring businesses include Apple, Whole Foods, WeWork, Umami Burger, Sweetgreen, and Levi’s.

“The deal closed just weeks after Apple and Whole Foods opened their doors across the street,” said Levitan, who represented the owner, Peter Gillespie, with Reichenbacher. “This transaction confirms the growing interest in Williamsburg as more and more notable tenants open for business.”

Added Reichenbacher, “Bedford Cheese Shop is moving to a location up the street that is nearly twice the size, which made way for Space NK’s first Brooklyn location on one of Williamsburg’s hottest retail corridors.”

Nick Cowan of Isaacs & Co. represented Space NK, which is planning to open at 229 Bedford Avenue before the 2016 holiday season.

BonChon back in business

After more than a two year hiatus, BonChon will be returning to downtown New Brunswick.  The new location at Liberty Plaza on George Street will be bigger and more prominent than its predecessor.

Ripco Real Estate’s David Townes and Matthew Grundy worked with BonChon to secure the location and plan to help build the brand further throughout the state.

The restaurant will occupy a 2,900 s/f space at 335 George Street formerly occupied by Counter Burger.

Ripco represented the tenant and worked directly with ownership in the transaction.

With this new restaurant, BonChon will serve the Rutgers student body and surrounding community with a modern and trendy menu.

BonChon is known for its Korean style fried chicken and other tasty Asian fusion dishes.

David Townes and Matthew Grundy of Ripco represented the tenant in the transaction.

The Worldwide Retail Marketing, Leasing and Sales Team of Faith Hope Consolo, at Douglas Elliman has been awarded the exclusive agency for the ground floor retail space in the Design and Decorators District at 237 East 58th Street, between Second and Third avenues.

“Interior designers love this district because of the concentration of home furnishing, plumbing and lighting fixtures and home textile companies on ground level and in the neighboring Decoration and Design Building and the Architect’s and Designer’s Building,ˮ said COnsolo.

“The corridor is also getting a reputation for fine dining as new restaurants open to service the design crowd.ˮ

The veteran retail broker reckons the space at 237 East 58th is idea for a fine furniture, new housewares or even a restaurant aimed at the neighboring clientele.

With a large picture window onto 58th Street and prominent awning signage for passersby, this space provides 2,200 s/f on the ground level with 800 s/f of basement.

Custom furniture and wood paneling designer Auffrance Boiserie was the tenant for 25 years.

The Paramus store is the 15th Farrow & Ball location in the United States. The store is approximately 2,000 s/f and has a 22 ft. high ceiling.

The company said it selected the Paramus site because many North Jersey customers visit its New York City store. Other tenants in the center are PM Pediatrics, Kohler Showroom, FedEx and German Kitchen Center.

Paint pioneers John Farrow and Richard Ball founded their company in 1946. They met while working at a local clay pit and later went on to build their first factory in Dorset.

Jerry Welkis Welco Realty negotiated the Farrow & Ball lease, which comes following his work on the 4,000 s/f Kohler showroom at  The Shops at 17 North.

Welco is part of the X Team international alliance of retail real estate specialists with offices located in major cities throughout the U.S., Canada and Europe.

Denholtz Associates announced that Booskerdoo Coffee has signed a five-year lease to open a coffee kiosk at the 133,000 s/f Metropark South office building at 100 Matawan Road in Matawan NJ.

David Zimmel of Zimmel Associates represented Denholtz and Booskerdoo Coffee in the transaction.

“It’s always great when you have the opportunity to support a local small business while delivering a valuable amenity to your tenants at the same time,” said Kristine Hurlbut, senior vice president of leasing at Denholtz Associates.

“This kiosk allows us to add an in-demand service to our state-of-the-art office building that today’s sophisticated tenant requires.”

Situated on the borders of Middlesex and Monmouth Counties, two of the strongest business environments in the entire state, Metropark South is located off of the Garden State Parkway at Exit 120.

As the exclusive tenant representative for 10Below Ice Cream, Eastern Consolidated has arranged a 10-year, 750 s/f ground floor lease for the dessert star at 42 South 17th Street in the  Rittenhouse Square section of Philadelphia.

Jeff Geoghegan and Greg Goldberg served as the exclusive brokers for 10Below Ice Cream in the transaction. The landlord representative was Stephen Carrozza of Metro Commercial in Philadelphia.

“10Below Ice Cream has been a huge hit in its four locations in New York City where customers stand in line for up to an hour to buy this unique frozen dessert treat,” Geoghegan said.

“We were delighted to arrange a lease for the store’s first location in Philadelphia, and we’re now scouting for locations in the Washington DC area, Miami, Chicago, and Los Angeles as well as in Manhattan on the Upper East Side, Upper West Side, and West Village.”