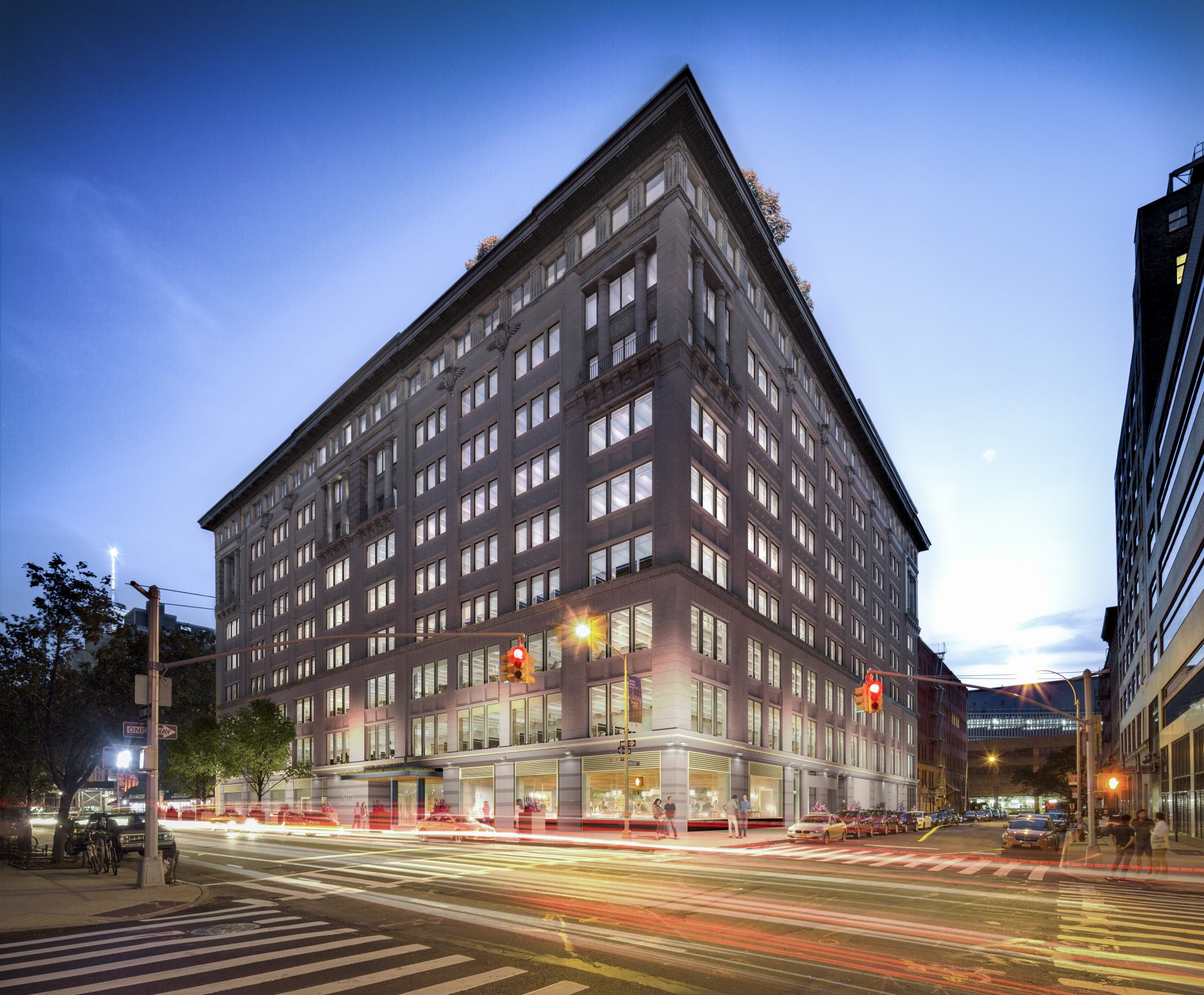 Jack Resnick & Sons announced that healthy fast-casual restaurant sweetgreen is opening a new location at the corner of Hudson and Spring Streets within 315 Hudson Street, a 10-story, 500,000 s/f office building which is anchored by Google.

As part of the 10-year lease, the new sweetgreen will encompass 7,665 s/f of ground floor and lower level space and is expected to open in August 2021.

Google is putting the finishing touches on more than 380,000 s/f of new offices, conference, dining and outdoor space in the building as part of its larger Hudson Square campus.

Jack Resnick & Sons acquired 315 Hudson in the 1960’s, when the building was home to the Henry Heide Candy Company, manufacturer of Jujubes and Jujyfruits. Resnick also at that time purchased a printing building at 250 Hudson Street. The firm’s subsequent redevelopment program there helped set in motion the dramatic transformation of the former industrial neighborhood into a vibrant, 21st century mixed-use district, anchored by the world’s most creative companies.

“We’ve had the great fortune to be a part of this incredible Hudson Square neighborhood for nearly 60 years, and its future has never looked brighter than today,” said Jonathan Resnick, president of Jack Resnick & Sons. “We are thrilled to welcome sweetgreen to 315 Hudson Street, which will serve as an ideal amenity for those who live, work and visit in the neighborhood on a daily basis.”

According to Rappaport, there are two remaining retail vacancies in the building with direct Hudson Street frontage and asking rents range from $100-$140 psf.