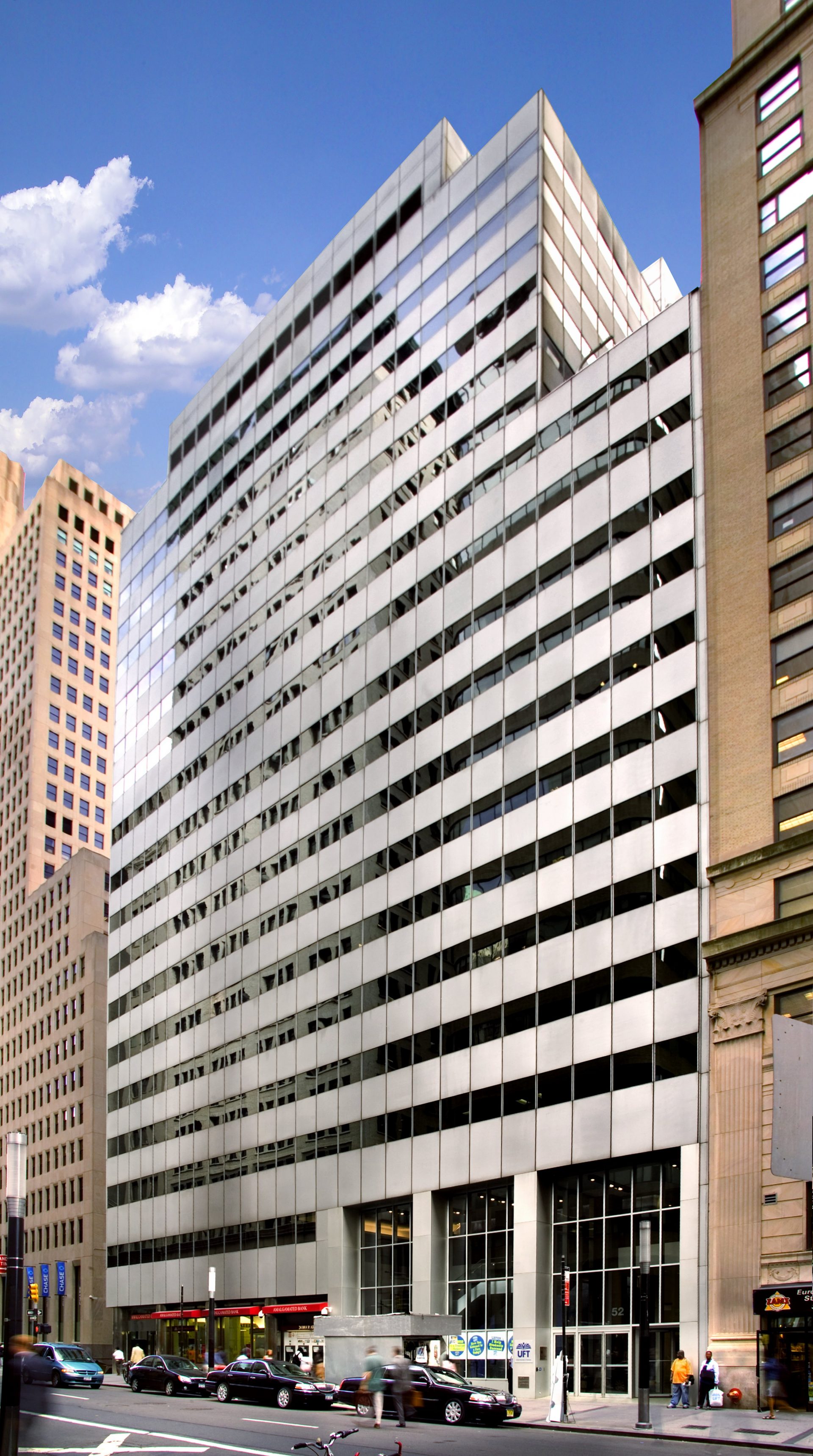 Jack Resnick & Sons, along with its joint venture partner, The Ruben Companies, announced the closing of a $100 million refinancing of 52 Broadway, a 19-story, 426,000-square-foot office building in Lower Manhattan.

PGIM Real Estate served as the lead underwriter on the new 15-year loan.

Resnick acquired 52 Broadway in 1978 and undertook an extensive renovation that included deconstructing the entire structure down to the steel skeleton, adding six floors, and in-filling the courtyard.

The building’s alteration, along with a number of other new and renovated buildings, was an important piece of Lower Manhattan’s revitalization following the New York City fiscal crisis.

Today, the building is net leased on a long-term basis to the United Federation of Teachers (UFT).  The UFT lease was signed in April 2002 and was one of the first major office leasing transactions to be signed in Lower Manhattan after 9/11. Resnick performed a major alteration of the building for the tenant, which included the addition of underground parking and removal of structural columns to create column-free auditorium space.

Located in the heart of Downtown, the property comprises the entire blockfront of Exchange Place between Broadway and New Street. It is situated just two blocks from the New York Stock Exchange and in walking distance to Fulton Center and the World Trade Center Transportation Hub.

In addition to 52 Broadway, Resnick owns four other properties in Lower Manhattan, including 255 Greenwich Street, One Seaport Plaza (a.k.a. 199 Water Street), 161 William Street, and 200 Chambers Street.

“52 Broadway has long been an important part of our Downtown office portfolio, and this refinancing during these immensely challenging times is a testament to the quality of this asset, the strength of our anchor tenant, and the skill and dedication of PGIM Real Estate and Singer & Bassuk,” said Jonathan Resnick, President of Jack Resnick & Sons.

“We are especially proud of the three financings we have arranged on this property for the Resnicks and Rubens,” said Andrew J. Singer, Chairman & CEO of The Singer & Bassuk Organization. “The loan in early 2002 was one of the first major closings in FiDi after 9/11, and the subsequent loan in 2010 was one of the first new CMBS loans coming out of the Great Recession.”