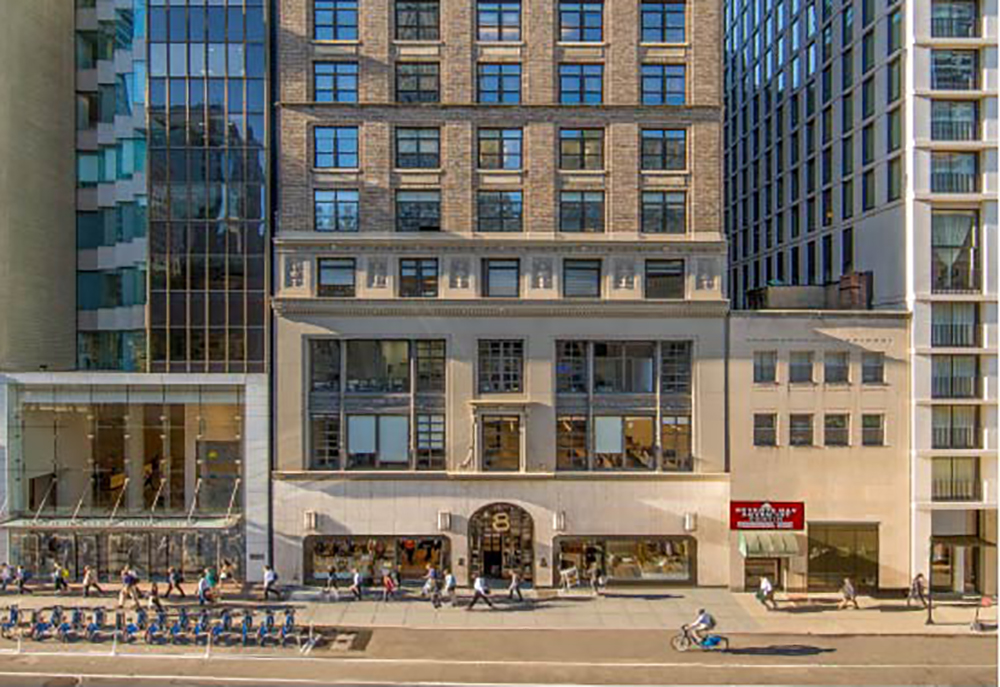 Wolkonsky, which currently operates in 60 locations throughout Russia and the Ukraine, is renowned for its Parisian-style treats such as scratch-baked artisanal breads, specialty cakes, cookies, and homemade jams. Wolkonsky plans to serve breakfast, lunch and dinner, and will offer indoor and outdoor dining along with a take-out option. Opening is anticipated in late fall of this year.

The bakery and café will encompass a total of 8,100 s/f on three levels, including a prominent storefront facing out onto Bryant Park.

“We are thrilled that Wolkonsky has chosen 8 West 40th Street to launch its first bakery and café in the U.S.,” said Jonathan Resnick, President of Jack Resnick & Sons. “This shop will be an ideal amenity for the office workers, visitors and shoppers, who have been returning to the neighborhood in increasing numbers, and the perfect complement to the incomparable Bryant Park.”

Wolkonsky is the third major lease that Resnick has finalized at 8 West 40th  Street over the past two months. In April, Resnick completed full floor office leases with global commodity merchandiser Trammo, Inc. and American Friends of Tel Aviv University.