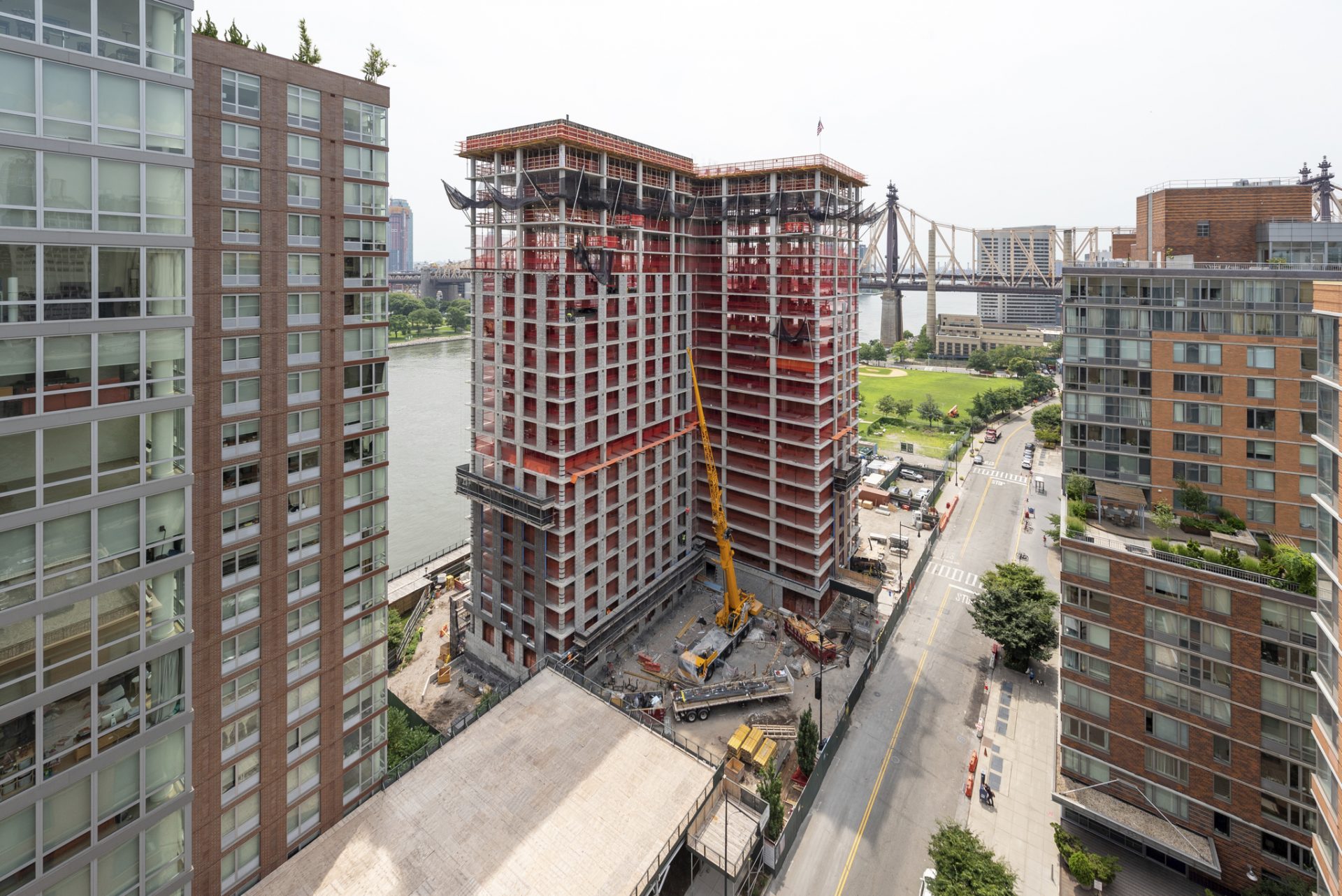 Related and Hudson broke ground on the 21-story building in January. Riverwalk Park, planned as an Enterprise Green Communities Certified building, is the first newly constructed, permanently affordable housing ever developed on Roosevelt Island. It is expected to be completed in 2021.

“The realization of Riverwalk Park is the continuation of Related’s nearly half century commitment to affordable housing and a focus on creating housing opportunities for all New Yorkers,” said Bruce Beal Jr., president of Related Companies.

“We started the development of the Riverwalk neighborhood in 1997, and we’re excited to add to this wonderful neighborhood of affordable housing, rentals, condominiums and housing for non-profit institutions,” said David Kramer, president of The Hudson Companies.

Sixty percent of Riverwalk Park’s units will be permanently affordable, with the remaining 40 percent affordable for 40 years.

Designed by Handel Architects, Riverwalk Park will house a mix of studio, one-, two-, and three-bedroom apartment homes, and offer a full suite of amenities to its residents.

Riverwalk Park is the eighth building developed by Related and Hudson in the Riverwalk neighborhood of Roosevelt Island.

As part of the project, the development team, in partnership with Monadnock Construction, will also oversee renovation of Firefighters Field on Roosevelt Island, which includes a field relocation, the installation of park lighting, and the construction of a new neighborhood comfort station.