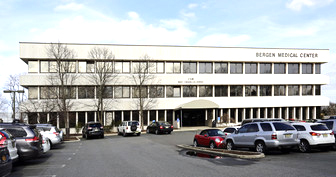 ABS Partners Real Estate has been retained to advise a long-term family partnership that owns 40 Bruckner Boulevard, a 250,000 s/f development site in an opportunity zone, in the South Bronx.

The sellers are looking to monetize the asset by identifying a developer and structuring a long-term ground lease.

The site, which has flexible zoning that allows for residential, commercial, industrial or community facility use, consists of several low-rise buildings that will be delivered vacant.

“We are excited to be working as advisors to the owners of this site, located in one of the city’s most active neighborhoods,” said Alex Kaskel, Managing Director at ABS, who is leading the efforts for the site, along with Randy Modell and Ryan Cerqueira.

“There are always challenges and risks with development, but the upside, especially with the scale of a 250,000 s/f site, could be tremendous. Scale allows the developer to think outside the box and dedicate more services and amenities to the tenants, thereby allowing a more marketable building. The tax advantages of developing property in an opportunity zone should attract many high-quality partners”

Located in the Mott Haven neighborhood, the site is near Brookfield Properties’ planned 1,300-unit development. Other developers in the area include the Lightstone Group while Related Companies, Somerset Partners and the New York City Football Club have submitted a proposal for the city’s first soccer stadium now under consideration by state authorities as part of a development that would also have 550 apartments, a medical facility, retail, and a park.

Marcus & Millichap has been retained to sell Greenleaf at Howell, a newly constructed, open-air community shopping center in Howell Township, New Jersey. The price is $78.5 million.

Built between 2015 and 2019 on more than 50 acres, the property is on the northeast corner of U.S. Route 9 and Lanes Mill Road along the Route 9 Corridor, the main thoroughfare between Freehold and Trenton.

The Jersey Shore lies 20 minutes away to the east and Monmouth Medical Center’s Southern Campus and OHI Lakewood Health Center are within four miles of the center.

The purchase marks ShopOne’s first shopping center in New York as it continues to grow its national portfolio within the densely populated markets along the I-95 corridor.

The center was purchased for $17 million and brokers of the deal were JLL’s Jose Cruz, Steve Simonelli, Kevin O’Hearn, Michael Oliver, Andrew Scandalios and Grace Braverman.

Hubbards Commons, which will be anchored by one of the first Lidl locations (36,000 s/f) in Long Island when it opens in 2020, is home to a mix of national and local tenants including Orangetheory Fitness, Rite Aid, Subway and U-Need-A Bagel.

ShopOne also has the opportunity to develop an additional 10,900 s/f of space on an existing pad.

“With fitness, restaurant and daily needs tenants, backed by a strong grocery anchor, Hubbards Commons creates a unique one-stop destination for the nearly 150,000 residents within a three-mile radius of the center,” said John Roche, CEO and CFO of ShopOne.

The buyer, a private investor, acquired the 75,000 s/f medical office property from the Eye Institute of New Jersey.

The CBRE team of Nat Gambuzza, Jeffrey Babikian, Bob L’Abbate, Nor Ramos and Allyson L’Abbate represented the Eye Institute of New Jersey in the sale and procured the buyer.

“The purchaser will benefit from bringing managerial efficiencies to the building that will better serve the tenants, as well as improve the overall performance of the asset,” noted Gambuzza.

“The property provides the ideal value-add opportunity for the new ownership to lease vacant space and increase NOI through its hands-on management approach.”

Collaborative Group has closed on the sale of an Upper East Side apartment building for $13 million.

The pair also repped the buyer, Jared Pinchasick of Jam Real Estate Partners, who intends to reposition the property with high-end renovations and adding bedroom. 24 of the units are free market and three are rent stabilized while the retail has been occupied by neighborhood restaurants on a long-term basis.