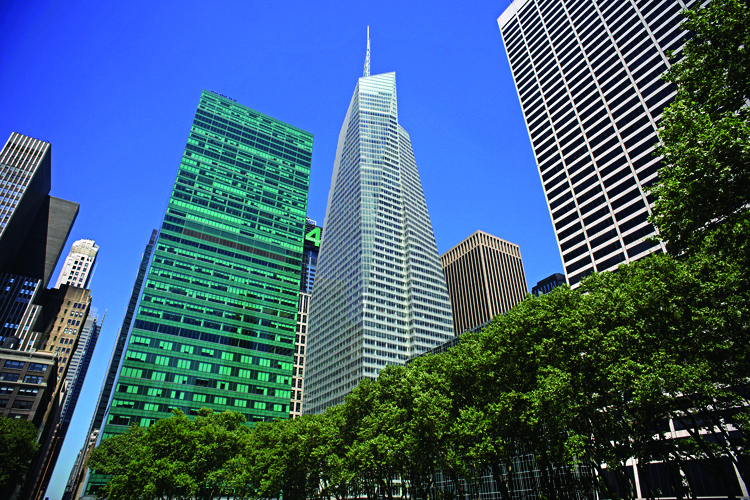 Durst closes $1.6B loan for One Bryant Park

The Durst Organization and Bank of America announced the closing of a $1.6 billion refinancing of One Bryant Park.

The financing combined a $950 million CMBS loan with a $650 million Liberty Bond loan, and the weighted average coupon for the 10-year financing is 2.60 percent per annum.

Bank of America led the securitization and underwriting of both loans, and the borrower was advised by Rosenberg & Estis as lead counsel, Orrick, Herrington & Sutcliffe as special counsel and Chatham Financial as financial advisor. Ira Marx, CFO, with assistance from Lucas Durst led The Durst Organization’s team.

“We are extremely pleased with the terms of the refinancing of One Bryant Park which reflects the strength of the asset,” said Jonathan (Jody) Durst, president of The Durst Organization.

“The partnership we formed with Bank of America over a decade ago to build the first LEED Platinum skyscraper in the United States created a new standard for sustainable building in New York City and across the world. We are especially proud that One Bryant Park has established new benchmarks for operational efficiency and has integrated user efficiency and the health and welfare of its occupants into the sustainable building lexicon.”

The 2.35 million square foot Bank of America Tower at One Bryant Park sets a new standard in high-performance buildings. The first LEED Platinum skyscraper’s primary tenant is Bank of America and the 51-story building is 100 percent leased.