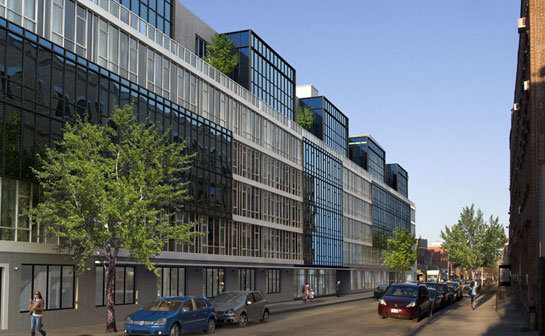 World Wide Group has closed on the most expensive residentail sale ever recorded in Greenpoint, Brooklyn.

The developer paid $103 million, or just over $550 per square foot, for the 130-unit, six-story rental property known as the Viridian at 110 Green Street.

Rosewood Realty Group’s Aaron Jungreis represented both the byt buyer and the seller, Meadow Partners.
“The deal is the first residential trade to go over the $100 million threshold in the neighborhood,” said Jungreis. “As more luxury properties get built, Greenpoint will see pricier investment sales and residential deals.” Prior to this deal, Jungreis said the priciest residential building sale in Greenpoint was Meadow’s $72 million purchase of the property back in 2013.

World Wide has no immediate plans to redevelop the Viridian. Sources said the acquisition was part of a 1031 exchange. In October, World Wide sold six contiguous Upper East Side properties on East 60th Street to Kuafu Properties for $300 million. The Chinese developer is planning a condo tower on that site.

Meadow Partners originally purchased the Greenpoint building from a group of Brooklyn investors including Joseph Brunner, Chaim Gross and Martin Friedman who acquired the building in 2010 at a bankruptcy auction for $58.2 million.

Meadow upgraded the common areas and opened a roof deck. The firm also increased monthly rents to an average of $4,000, up from $3,400. Amenities include a gym, sauna and an indoor pool.