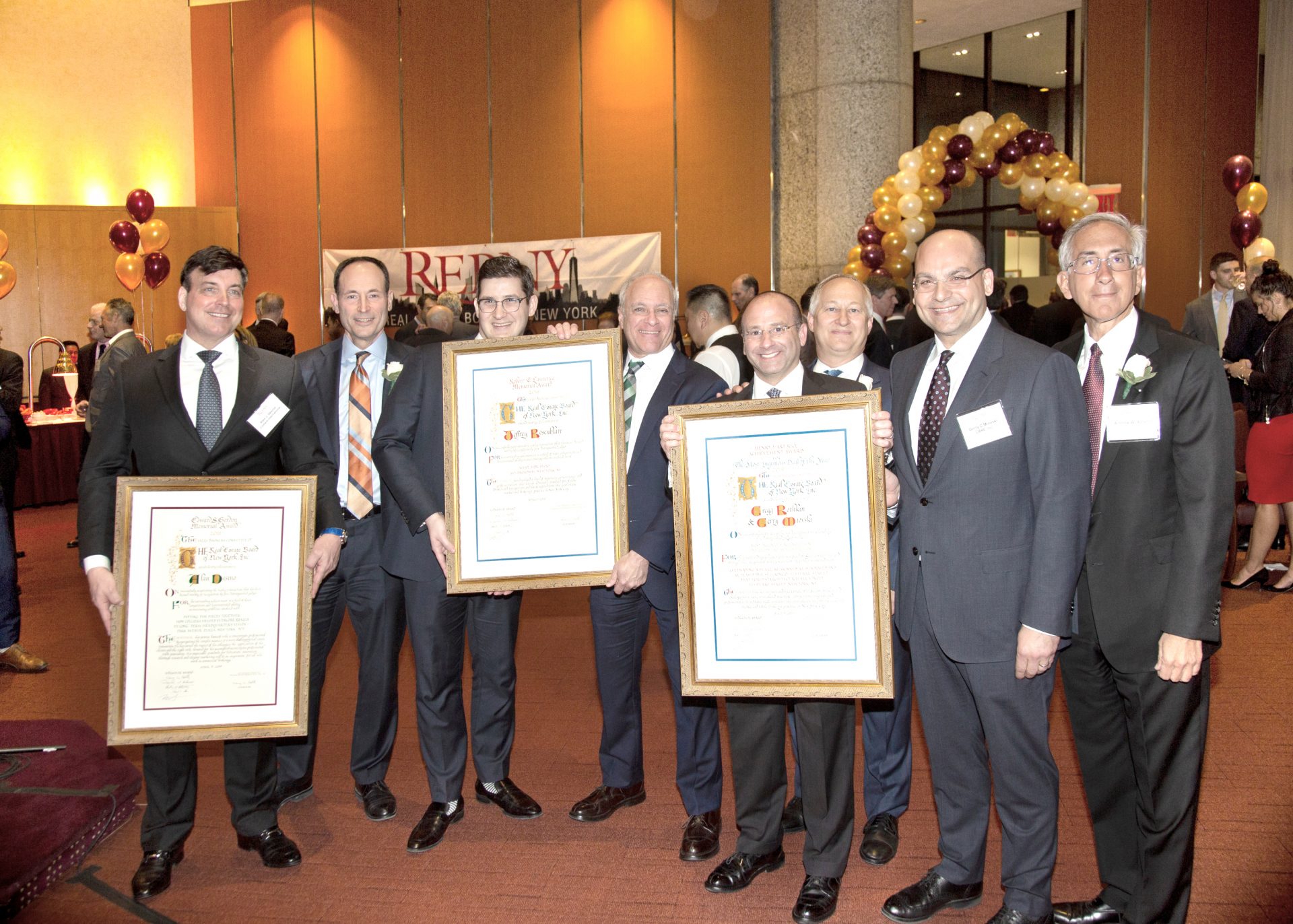 “375 Pearl Street was an incredibly unique building in New York City, which we knew from the onset would have to be transformed in order to attract quality office tenants,” Miovski said. “The re-skinning of the building was a tremendous undertaking for Sabey, which was already planning to build a new lobby and retail space, but one that paid off.”

Miovski and Rothkin, both first-time winners of the Henry Hart Rice award, were able to work with the landlord to make drastic enhancements to the property that was originally built as a data center. The improvements involved reskinning the building’s façade, which allowed them to create more panoramic and taller floor-to-ceiling windows for 14 floors, building retail space and designing a new lobby.

“Once the new façade was in place, a multitude of challenges became apparent,” Rothkin said. “Through hard work, consistency and creativity, we were able to negotiate for both physical and legal changes that made it possible for Viñoly to create a high-end headquarters, while marking the culmination of an incredibly successful leasing campaign for Sabey.”

The negotiations between Sabey Data Center Properties and Viñoly eventually came to an agreement by including parking access, creation of an outdoor terrace and having an option to buy in the lease.

In second place, The Kaufman Organization’s Jeffrey Rosenblatt took home the Robert T. Lawrence Memorial Award for finding Open Jar Studios a space at 1601 Broadway. Rosenblatt worked on the space for two years with the owner Vornado to redesign the space before identifying Open Jar as the right fit for the 51,000 s/f facility with two 4,000 s/f column-free studios.

And Colliers International’s Alan Desino earned bronze through the Edward S. Gordon Memorial Award by getting Evercore to expand their lease at Park Avenue Plaza to 350,000 s/f. Desino also worked with Evercore, an investment bank advisory firm, to design a more modern workspace for their evolving workforce.

“Over the past 75 years, REBNY members competing for these awards have demonstrated immeasurable technical skill and creativity in negotiating complex real estate solutions for their clients,” John Banks, REBNY president, said. “This year was no exception. We congratulate the 2018 award recipients on their outstanding achievements.”