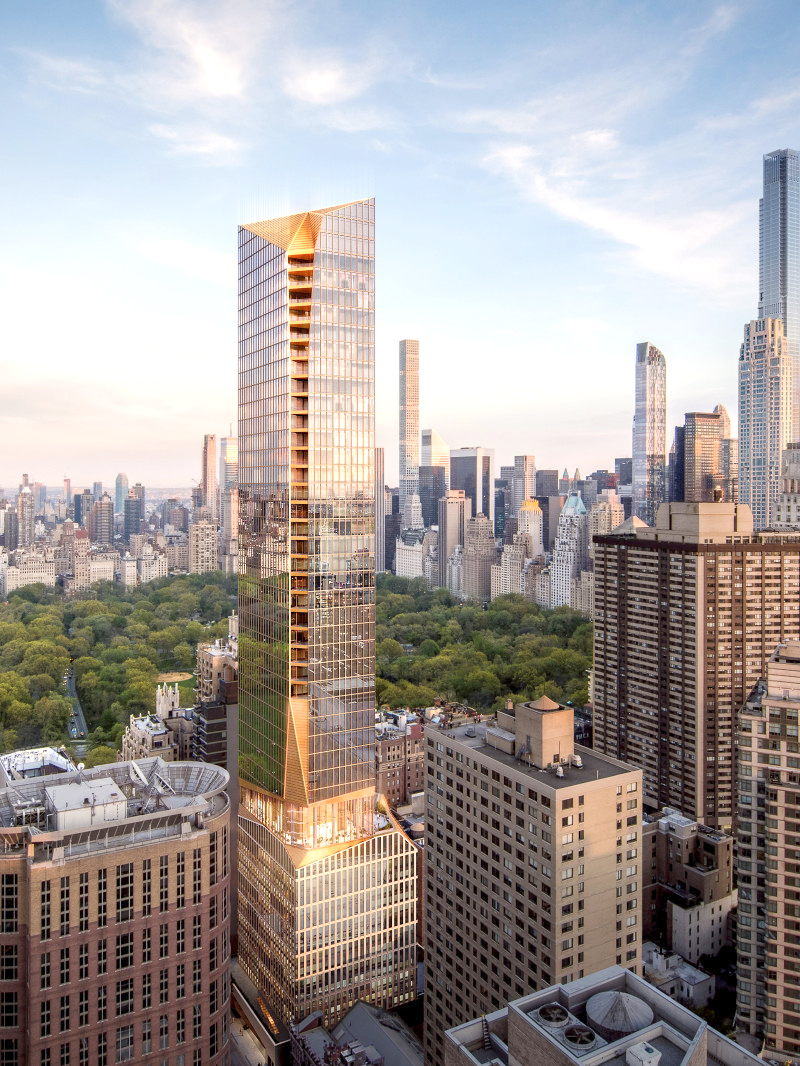 Council members are calling on the city to put the reins on developers using mechanical voids to artificially raise their height of their luxury condo buildings.

At a Subcommittee on Zoning and Franchises meeting yesterday (Tuesday) said they were disappointed by a Planning Commission ammendment that would limit the height of such voids to 30 ft.

Edith Hsu-Chen, the Manhattan director of the Department of City Planning, called the technique “an abuse of the existing zoning regulation.”
Her own department proposed amending zoning to limit voids to 25 ft. and to count those located within 75 feet of each other towards the floor area.

Councilmembers expressed their disappointment during a Subcommittee on Zoning and Franchises meeting on April 16. While they felt the proposed changes were a step in the right direction, several councilmembers said there were still too many loopholes available to developers.

The proposed zoning amendments come after some developers began employing 100-feet-tall mechanical spaces in their luxury residential towers. Opponents suspected that developers were using mechanical voids as a loophole to inflate the prices of residential units that received taller views.

“When we create the rules of the road, we should make sure people follow them,” Councilmember Keith Powers said at the subcommittee meeting. “In the instances where people are building very, very large voids and taking what we think is a backdoor around the zoning text, we get concerned about what the rules of the road are.”

Hsu-Chen said that to address the issue, her department conducted a year-long study on relevant zoning districts and came up with the zoning changes that would affect Manhattan and certain areas of Queens and the Bronx.

Their study included Extell’s development on West 66th Street, a 775-foot-tall building in the Upper West Side that opponents claimed has a more-than-150-foot-tall mechanical void, and the 249 East 62nd Street tower designed by Rafael Vinoly that employed mechanical space as stilts as part of the design. Hsu-Chen said that both buildings were found to have excessively tall mechanical voids, unnecessarily so for mechanical purposes.

While many councilmembers supported the DCP’s first step in addressing the issue, many argued for a more heavy-handed approach.

“Technological and financial changes and ever-more acrobatic legal maneuvers have totally upended what any fair person understands as the intent of the citywide zoning we established,” Councilmember Mark Levine said. “If you close one technical route to excessive height while leaving others open, developers will divert to others.”

Hsu-Chen said that the department is committed to a second phase of the study where they will look at central business districts like Lower Manhattan, Midtown, Hudson Yards, Long Island City and Downtown Brooklyn for similar mechanical void techniques.

The proposed zoning amendments will be put to the full City Council for a vote.

The state legislature has also kept their eyes on the issue with Assemblymember Linda Rosenthal and Senator Robert Jackson introducing a bill that would target the mechanical voids loophole by limiting them to 20 feet tall and limiting floor-to-ceiling heights to 12 feet.

“Don’t be fooled: the text amendment presented does not close the loophole, it actually codifies it,” the state lawmakers said in a joint statement with preservation groups. “The whittling away of an already lackluster text amendment makes clear that the stranglehold developers have over our City has not been weakened.”