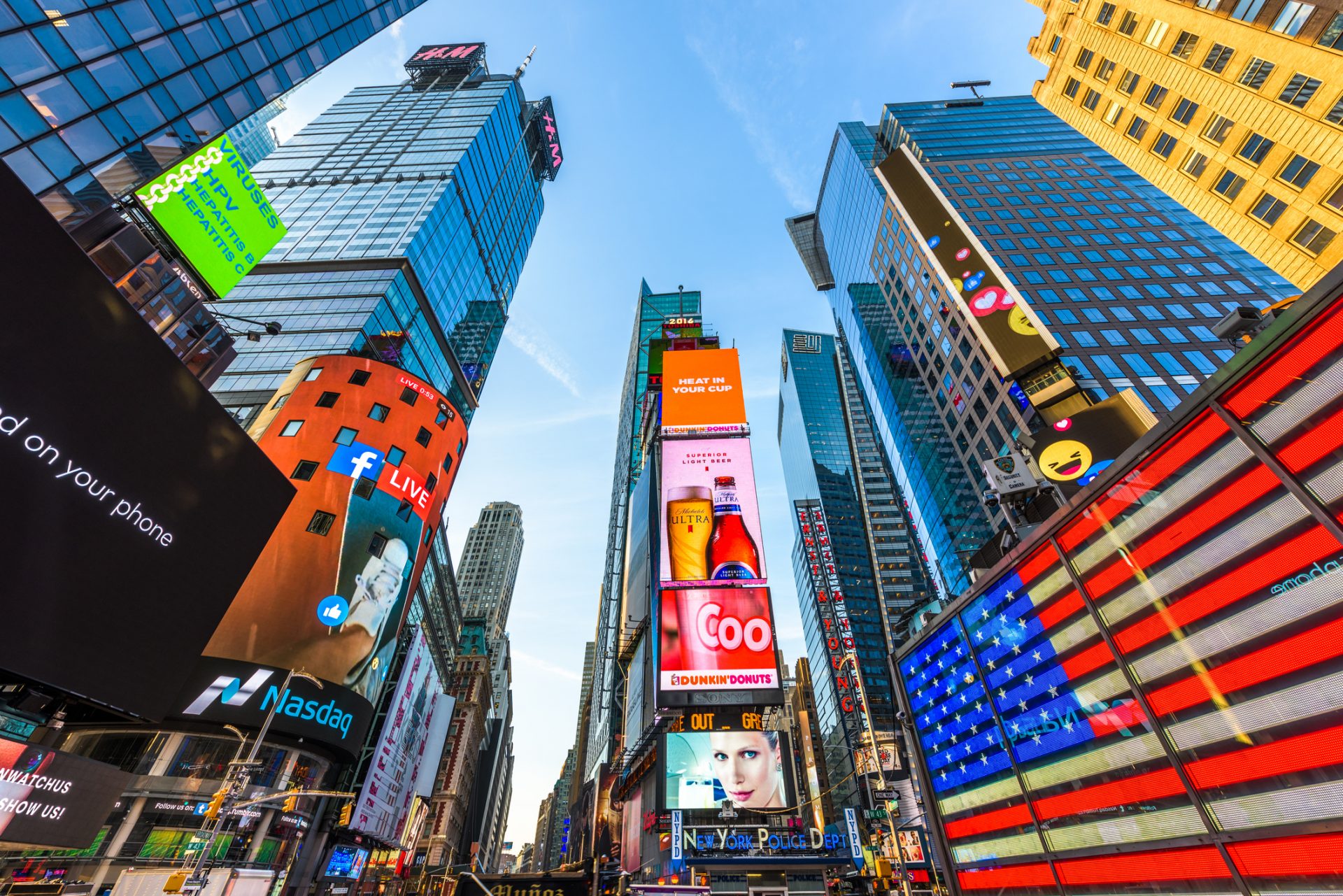 One of the country’s leading out-of-home advertising firms, New Tradition, has signed a master lease agreement for the new digital signage currently being built at One Times Square, the internationally-recognizable tower located in the center of Times Square.

The property’s owner, Jamestown, announced the deal. As the master signage lease holder, New Tradition will seek leading brands to advertise on the property’s displays.

Expected to debut this summer, the new 350-foot-tall digital signage will provide brands with the opportunity to create compelling advertising campaigns that will stand out from the numerous billboards in Times Square.

Options will include full takeovers of the iconic facade and the ability to “choreograph a show” across several signs for a new type of theater in the heart of Times Square.

“The creative advertising opportunities that One Times Square’s new displays present will change the media landscape of Times Square,” said Evan Richheimer, CEO of New Tradition. “It will be exciting to see which iconic brands will be the first to seize the opportunity to take over the 350-foot-tall spectacular when it debuts this summer.”

As the centerpiece of Times Square, One Time Square is one of only two stand-alone buildings in the neighborhood offering clear, unobstructed sightlines from all points within the Times Square “bowtie,” an area which encompasses Broadway and Seventh Avenues from 43rd Street to 47th Street. With a daily pedestrian count of more than 350,000 and millions of earned impressions from film, TV, and social media, the property is one of the most visible and recognizable locations in the world, offering brands a global stage to engage with their audience.

“One Times Square has long served as a global advertising platform for emblematic brands,” said Michael Phillips, president of Jamestown. “New Tradition is an innovator in the out-of-home media space which makes them the perfect partner to launch this new signage.”