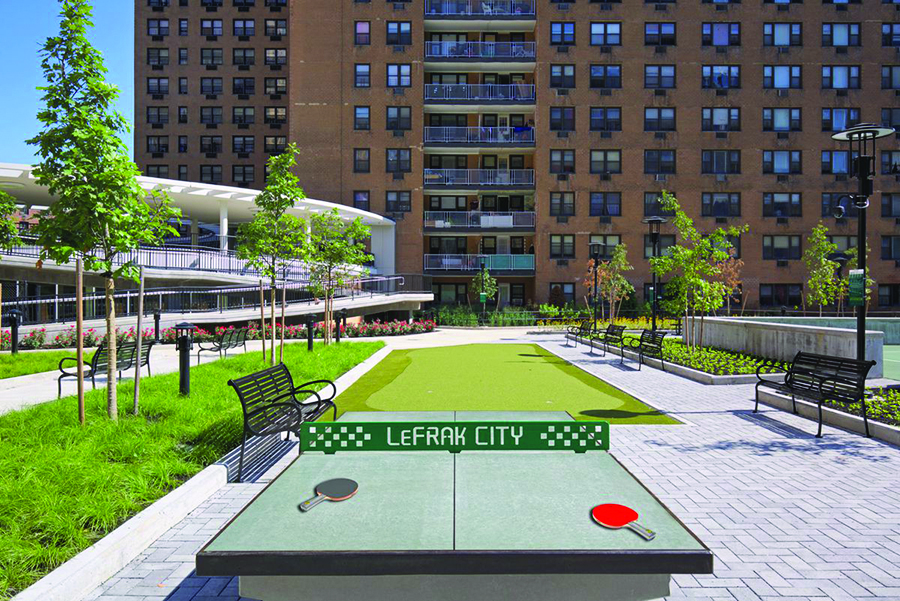 If there’s one thing that separates the millennial generation from those that preceded it — aside from a tech fluency and a penchant for brunch foods — it’s the degree to which is been observed, codified and analyzed.
Companies and organizations have gone to great lengths to study Generation Y’s lifestyles and buying habits, understanding what makes their minds tick and their wallets open. In real estate, this boils down to where do they want to live and why?

In New York City, a few quintessentially millennial neighborhoods have been placed on pedestals, areas such as Williamsburg, Bushwick and Sunset Park in Brooklyn or Manhattan’s Financial District and Midtown South where stalwart industries have given way to chic coffee shops, bars and glistening high-rises.
However, while these may be the generation’s cultural flagships, they aren’t its only outposts.

Large groups of these 20- and 30-somethings are huddled throughout the five boroughs in areas that have been left out of the industry’s Gen Y playbook; places like Corona, Queens.

With more than 40,000 Gen Y residents, according to data compiled by the website RentCafé, the densely-populated and diverse enclave in north-central Queens is home to the second-most millennials of any ZIP code in the city behind only Williamsburg’s 43,000.

It’s also the third-most millennial-rich neighborhood in a major U.S. city, with Chicago’s Lakeview squeezing in at No. 2.

“That blew me away that Corona has the second-most millennials in the city,” Modern Spaces agent and Queens specialist Youssef Dekmak, said. “It was cool to see that but it also makes a lot of sense.”

That was a prototypical response among brokers and agents contacted for this story. At first blush it smacks as inaccurate because it runs counter to the caricature of millennialism. Where are the irreverent bars, wood-table coffee houses and dingy dancehalls? Where are the luxury apartment towers?

However, the idea of Corona as a millennial hub becomes more palatable when considering two things: the generation is not a monolith and young adults still have needs that other, trendier areas just aren’t meeting.

“It’s a much more reasonable location than, let’s say, Long Island City, even though that’s where a lot of the activity and focus has been in Queens,” Bradley Diamond, a broker for Lee & Associates, said. “A place like that might have the new apartment and office buildings but it lacks the services of a place like Corona, it doesn’t have the businesses, the restaurants or the shopping.

“You look at Corona and you’ve really got everything there,” he added. “It’s a perfect combination of retail, transportation and parks.”

Corona is different from the archetypal young professional neighborhood in many ways but it has the fundamentals — affordability and transportation, chief among them — to make it appealing to renters, buyers and investors alike, provided they’re open to a different type of millennial.

While other millennial neighborhoods have drawn in transplants from American suburbs near and far, Corona has seen much of its growth come from abroad. Less than half of its adult population is U.S. citizens compared to more than 87 percent in Williamsburg, according to Census data.

As such, Corona is also more ethnically diverse than some of its higher-profile contemporaries, with more than 74 percent of the population identifying as Hispanic or Latino and 11 percent identifying as Asian.

Meanwhile, whites make up at least two-thirds of the population in emergent Lower Manhattan locations such as Battery Park City and the Financial District. Williamsburg is 79 percent white.

There are no secrets out there and there’s nowhere to hide your information, consumers know what they can get for their money.

Corona’s eclectic mix of ethnicities has led to rich mix of culinary options ranging from the tacos trucks and Central American restaurants along Roosevelt Avenue to longstanding staples such as the Lemon Ice King of Corona, a throwback to the area’s Italian-American roots. Once a month during the summer, the Queens

Night Market at nearby Flushing Meadows Corona Park puts ethnic food on display from dozens of countries around the world, a nod both to the multiethnic composition of the area and the World’s Fair, which the park hosted in 1964.

“We don’t have the rooftop views or the night life that you can find in other parts of the city but the park really makes up for that,” Dekmak said. “It appeals to the more active-lifestyle millennials that want to go for a run or have a picnic for their extra-curriculars.”

Much of Corona, especially on its north side, closer to the 7 train, consists of low-rise residential buildings. Some sections that have historically housed single-family homes are seeing small-time developers come in and building two- and three-family apartment buildings. The average asking price is about $1.1 million, according to Streeteasy, though the median sale price is about $560,000.

However, the south side of Corona is home to one of the largest multifamily developments in the New York. Spanning 40 acres along the Long Island Expressway, LeFrak City consists of 20, 17-story apartment towers totaling more than 4,600 units.

Upgrades were made to entrances, lobbies and corridors as well as outdoor landscaping, walkways and parking areas and an outdoor swimming pool was built.

With close proximity to rail and road transit, major retail hubs such as the Queens Center, Queens Place and the Rego Center, Bernhardt said LeFrak City has been able to compete with other, newer, more expensive alternatives that have less supporting developments around them.

“The educated consumer wants to get as much as they can for their dollar and that’s what we’re trying to provide,” he said. “There are no secrets out there and there’s nowhere to hide your information, consumers know what they can get for their money.”

Queens is the largest and most diverse of New York’s five boroughs and though its population is the second-oldest with a median age of 37.9 years, that could soon change as millennials continue putting down roots in unheralded places like Glendale, Elmhurst and Woodside. Also, the looming arrival of an Amazon headquarters in Long Island City could have a ripple effect in the surrounding neighborhoods.

However things go, Dekmak said Corona and neighborhoods like it won’t stay under the radar for long.
“Queens is starting to get its due,” he said. “It may not ever get its full due, but people are starting to realize how many distinct areas Queens has, each with its own flavor. It’s just a matter of it all coming together and it will soon.”