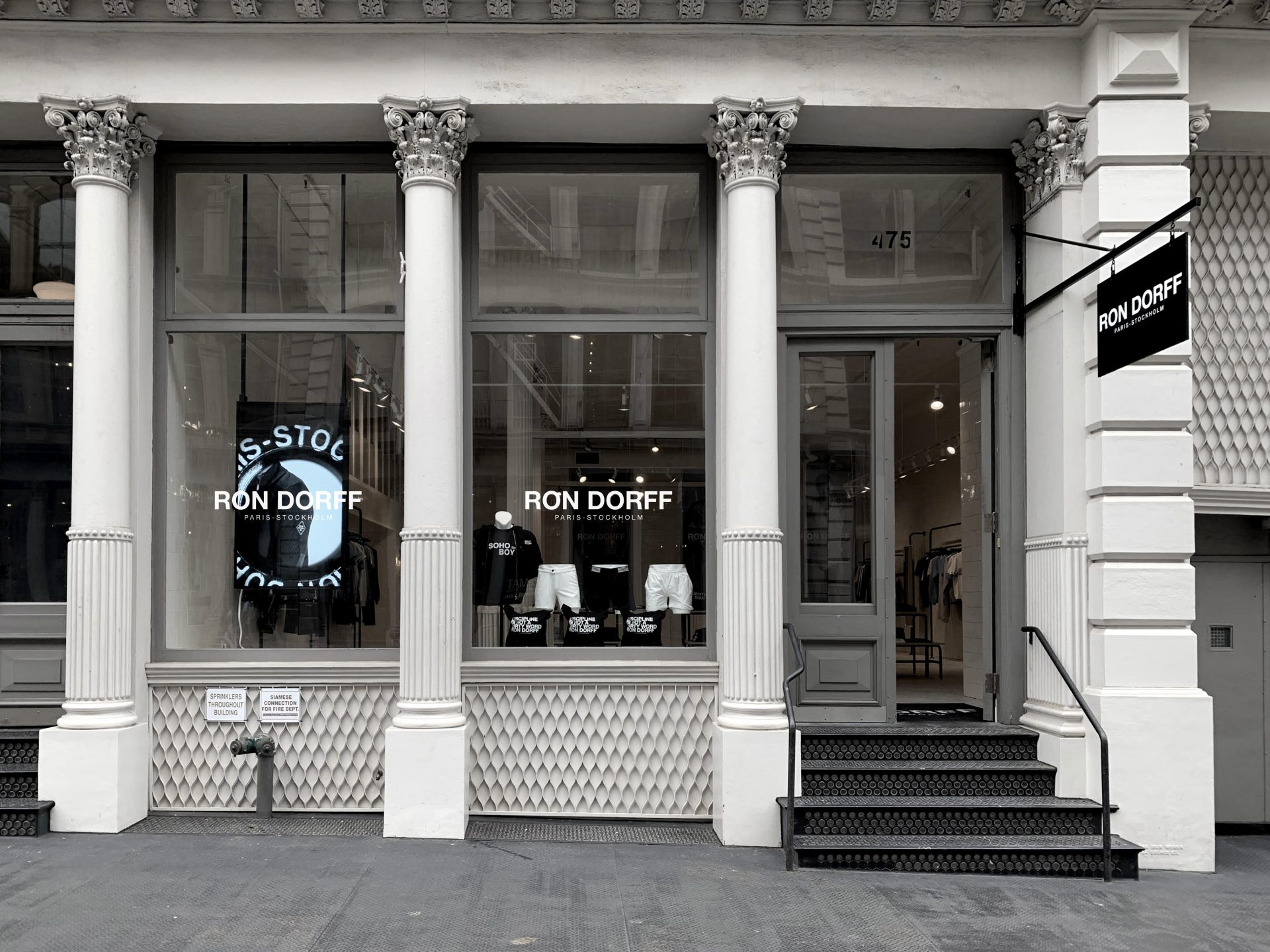 The brand operates five stores in Europe — two in Paris, two in London and one in Berlin — but this marks the first entry into the U.S. retail market for the label, which counts Michael Fassbender, Orlando Bloom and Alexander Skarsgård as brand ambassadors.

Last year, Puma invested $4.6 million in the brand, which was founded in 2012 by Claus Lindorff and Jérôme Touron. The equity is to support an “aggressive growth strategy” for the France-based brand after it saw its online sales soar during Covid-19 crisis.

Lindorff has worked with UK retail consultants Harper Dennis Hobbs (HDH) since embarking on a brick and mortar expansion that began in London in 2016. HDH was acquired by Newark in 2019 and brokers from both firms worked on the New York deal.

The new store is split across two floors – street level and basement – with a combined 4,565 s/f of retail space. The store opened in September.

Hannah Mahoney, director at Harper Dennis Hobbs, said:  “Harper Dennis Hobbs has acted as sole retail advisors to Claus Lindorff, founder and CEO of Ron Dorff, since the first store opening in London in 2016. When it came to North America, with the U.S. being their biggest online market at 35 percent of global sales, and New York representing 12.5 percent on its own, it was clear to the team that we should launch their flagship store in New York.

“It is impressive to see that this French-Swedish luxury sportswear brand has come out of the COVID-19 crisis stronger than ever – building its distribution on a clear omni-channel strategy where bricks and mortar plays an integral part.”

Part of the Gunther Building on the corner of Greene and Broome, 475 is a co-op. David Tricario and Nicole Mendelson from Colliers represented the owner in the lease with Ron Dorff.